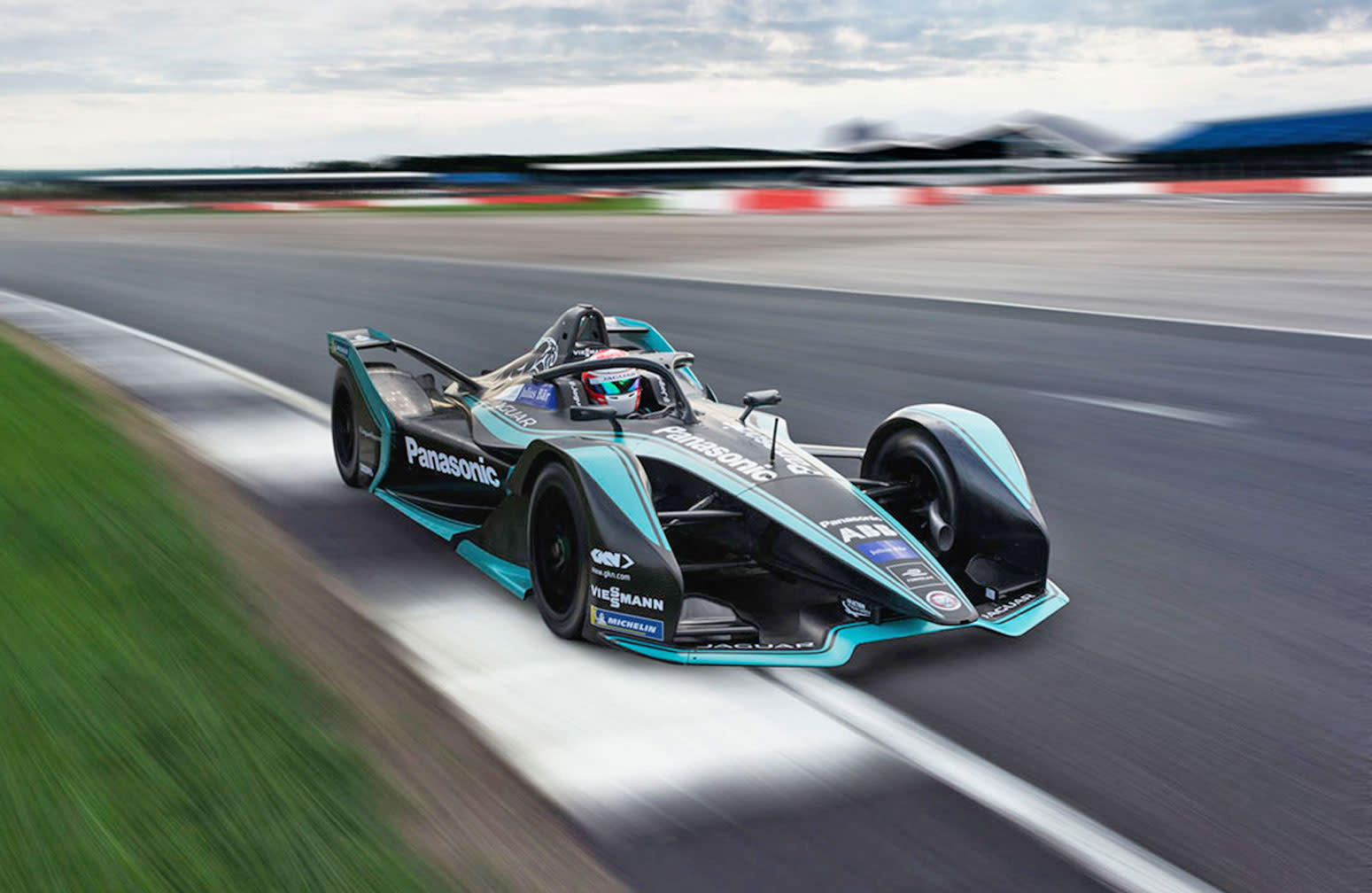 The next wave of Formula E cars is finally trickling out, and it's clear they're considerably more exciting this season. Panasonic Jaguar Racing has unveiled the next generation of its racer, the I-Type 3, and it's a dramatic improvement even compared to Jag's last outing. The new machine is 25 percent more powerful than its predecessor without a significant change of weight, producing as much as 250kW (330HP) with a 0-62MPH time of 2.8 seconds. That's important when the league is introducing an "attack mode" that boosts the power to 225kW when a driver just has to overtake a rival.

Like rival cars this year, the I-Type 3 even eliminates one of the most annoying aspects of Formula E: the obligatory mid-race car swap. Better batteries give the car the range to handle the entire race in one shot, freeing Jaguar to meet the league's new one-car-per-driver rule.

You'll see the new i-Type in action when the next season starts on December 15th in Saudi Arabia. While we'd expect many competing cars to match certain baseline features, Jaguar thinks it can stand out. It believes it's the first team to craft its powertrain entirely in-house, and this might give it an edge over challengers that have to rely on outside help. In other words, Formula E might not be quite so cookie-cutter as it was in its earlier days.

In this article: car, formulae, gear, i-type3, jaguar, jaguarlandrover, motorsport, panasonic, panasonicjaguarracing, racecar, racing, transportation, video
All products recommended by Engadget are selected by our editorial team, independent of our parent company. Some of our stories include affiliate links. If you buy something through one of these links, we may earn an affiliate commission.