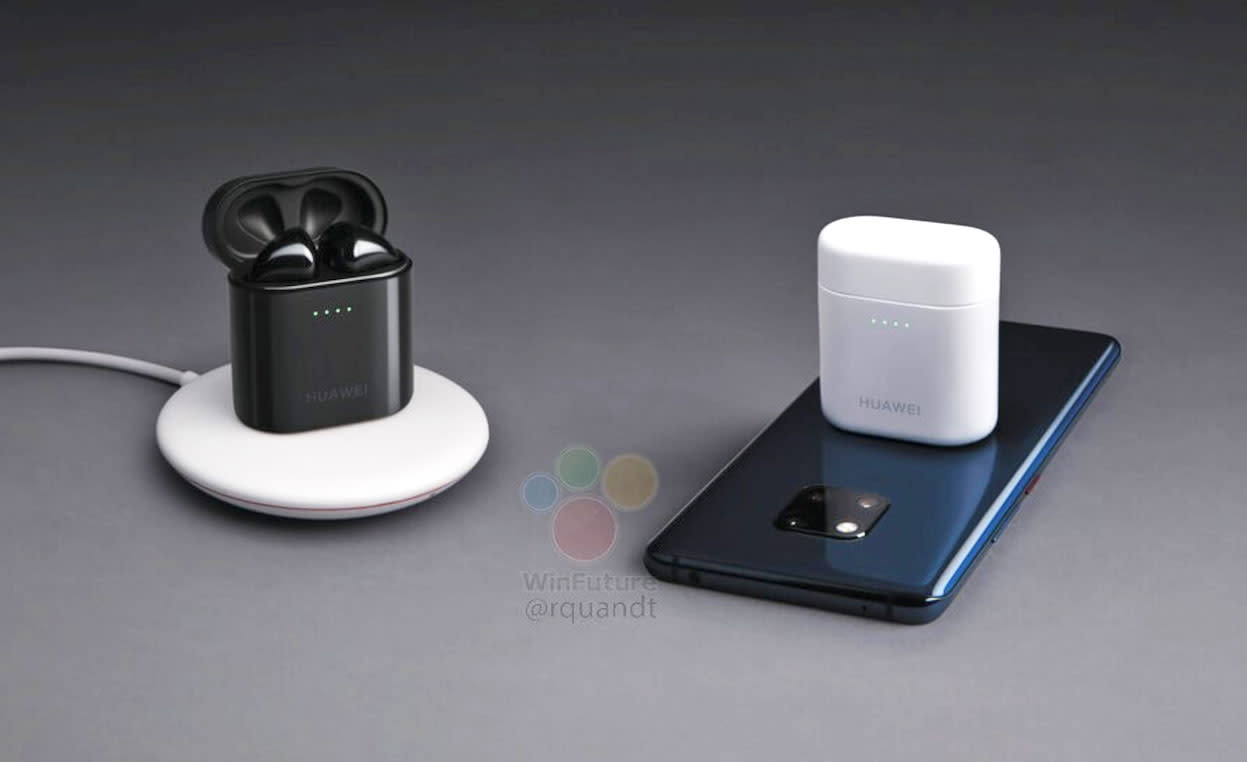 Apple's stumbles with wireless charging could be Huawei's gain. The Chinese tech giant's upcoming Freebuds 2 Pro truly wireless earbuds look an awful lot like Apple's AirPods and in a twist, their battery case can supposedly be charged via the forthcoming Mate 20 and Mate 20 Pro, according to marketing materials obtained by WinFuture (translated).

Given that the case works via Qi charging, you may be able to charge them via a compatible iPhone with as well. Given how closely the new Freebuds resemble AirPods -- not to mention their potential release timing -- you could probably trick a few passersby into thinking that you're rocking a more functional version of the real McCoy. When paired to a Mate 20 or Mate 20 Pro, they can be used to interact with the Google Assistant. WinFuture says that these will be officially unveiled October 16th.

Back in June, a rumor surfaced that Apple would do something similar for AIrPods, but that was all dependent on the company releasing new charging cases. Last week's iPhone event has come and gone and Apple didn't utter a single word about wireless charging from the stage, so unless there's another keynote coming up (oh wait, there might be) by year's end, you probably shouldn't hold your breath. After all, we still haven't gotten the AirPower charging mat yet, either.

Correction (September 21st, 11:57 AM): The text has been updated to note that a handset can charge the FreePod case, not the other way around.

In this article: airpower, apple, freepods, freepods2, freepods2pro, gadgetry, gadgets, gear, huawei, qi, qicharging, WirelessCharging
All products recommended by Engadget are selected by our editorial team, independent of our parent company. Some of our stories include affiliate links. If you buy something through one of these links, we may earn an affiliate commission.