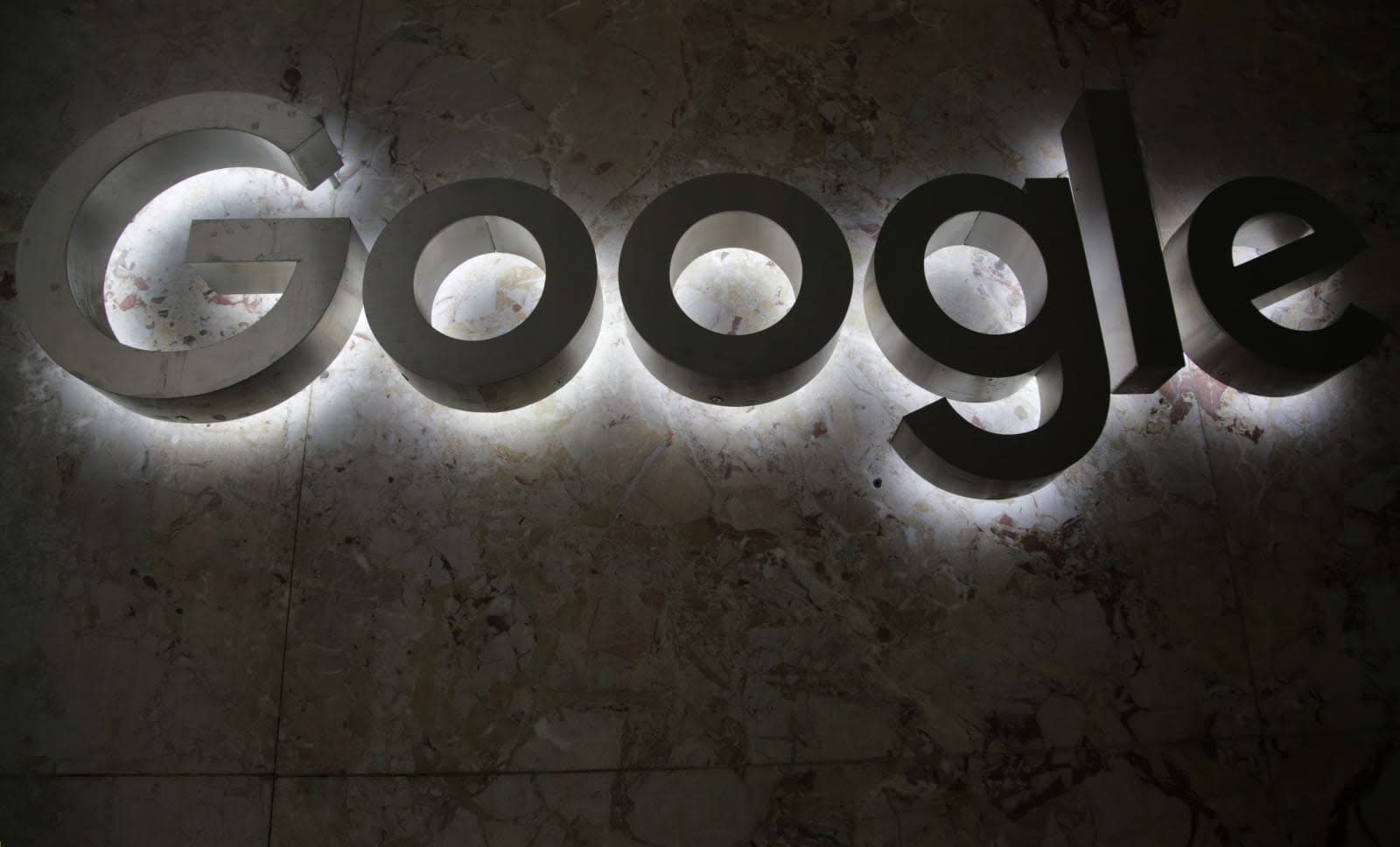 On Wednesday, a number of tech companies, including Apple, AT&T, Amazon, Twitter and Charter, will discuss data privacy before the Senate Committee on Commerce, Science and Transportation. Google will be there as well, represented by its new chief privacy officer, Keith Enright. In a blog post, Enright, who previously led Google's privacy legal team, discussed his new role and shared the company's thoughts on what data protection regulation should look like in the US.

"Now, more than any other time I have worked in this field, there is real momentum to develop baseline rules of the road for data protection," wrote Enright. "Google welcomes this and supports comprehensive, baseline privacy regulation. People deserve to feel comfortable that all entities that use personal information will be held accountable for protecting it. And we believe that regulation can support a dynamic marketplace for businesses of all types and sizes."

The data protection regulation framework Google shared includes measures that the company believes should be a part of sensible laws going forward. It calls for the responsible collection of users' personal information, mandated transparency, "reasonable limitations" on how data is collected, used and disclosed and for giving users more control over their data. Google also suggests firms should be held accountable when they don't comply with regulations and points to both lawmakers and industry to enforce and incentivize best practices.

Data privacy issues were thrown into the spotlight earlier this year when Facebook came under fire for allowing millions of its users' information to be obtained by Cambridge Analytica. Lawmakers have since called on tech companies to participate in regulation talks. But while some leaders like Apple CEO Tim Cook have said regulation is necessary and others like Facebook's Mark Zuckerberg have agreed to work with lawmakers on the effort, ideas from these companies on what the right legislation should look like have been scarce.

The Internet Association, a trade group that counts Google, Amazon and Facebook among its members, released a regulation proposal earlier this month. The Trump administration is said to be exploring a set of data privacy protections as well, a move that follows Europe's implementation of GDPR. As far as Google's framework goes, many of the principles listed have already been implemented by itself and others.

"Sound practices combined with strong and balanced regulations can help provide individuals with confidence that they're in control of their personal information," said Enright. "I look forward to discussing these principles and Google's work on privacy and security with the US Senate later this week, and to working with policymakers and all stakeholders on regulation that protects consumers and enables innovation."

In this article: dataprivacy, gear, google, hearing, internet, politics, privacy, regulation, senate
All products recommended by Engadget are selected by our editorial team, independent of our parent company. Some of our stories include affiliate links. If you buy something through one of these links, we may earn an affiliate commission.