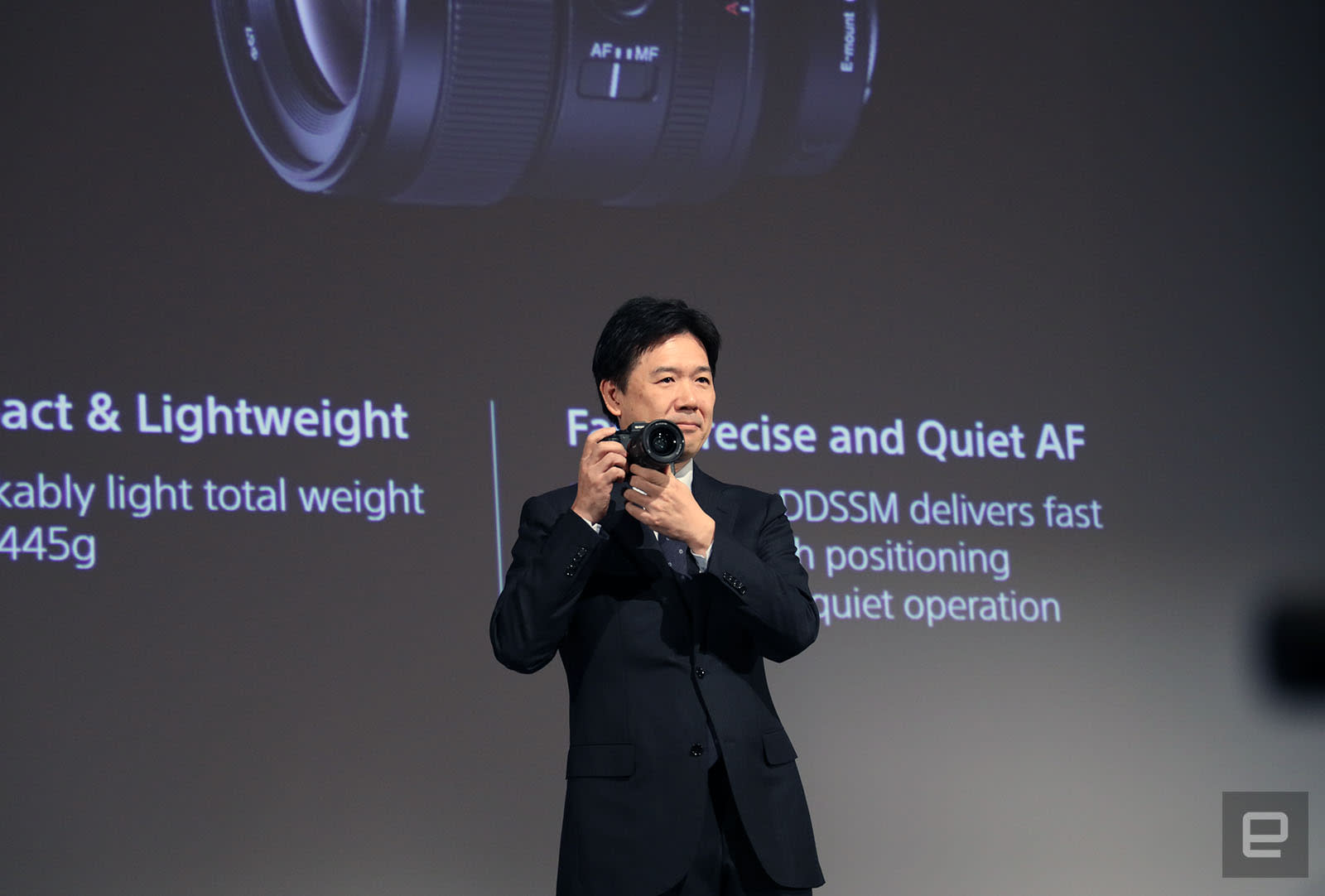 Now that Canon and Nikon are eager to get a piece of the mirrorless camera market, Sony is letting it be known that it isn't slowing down its efforts in the space anytime soon. The company announced at Photokina 2018 that it has 12 new E-Mount lenses in its roadmap, which will increase the number of native glass for its Alpha shooters from 48 to 60. Just last week, Sony introduced the FE 24mm f/1.4 GM, a full-frame format lens priced at $1,400.

Sony's weak point in the camera business used to be that it lacked a solid lens lineup, but with 48 native E-mount lenses currently and plans for 12 more in the near future, that's no longer the case. And this is only going to make it tougher for Canon and Nikon to catch up to Sony's mirrorless cameras.

In this article: alpha, business, camera, cameras, canon, e-mount, emount, entertainment, gadgetry, gadgets, gear, lens, lenses, mirrorless, mirrorlesscamera, nikon, photokina, photokina2018, sony, sonyalpha, sonye-mount
All products recommended by Engadget are selected by our editorial team, independent of our parent company. Some of our stories include affiliate links. If you buy something through one of these links, we may earn an affiliate commission.