This 45.7-megapixel, full-frame beast is even better in person.

After what seemed like an endless amount of rumors and teases, Nikon has finally debuted its Z6 and Z7 mirrorless cameras. While both models have the potential to rival some of Sony's best mirrorless shooters, like the A7 III, let's talk about the flagship Z7 since that's actually scheduled to launch soon. It's also the only one Nikon is showing off at its event here in New York City. For starters, the Z7 sports a ridiculous 45.7-megapixel full-frame sensor, with a new body-lens system dubbed Z-mount. The new camera is powered by Nikon's Expeed 6 image processor and boasts a 493-point autofocus system that, according to the company, offers about a 90 percent wide coverage area.

Then you have the 4K UHD video support, a 9fps continuous shooting mode and ISO of 64-25,600. If you're in the market for a camera with great video support, you may want to focus on the Z6--the Z7 records 4K at an APS-C crop instead of using the full frame without binning, like the Z6. Both cameras will shoot video with phase detect autofocus, which is a huge improvement over the D850. For more specifics on the Z7's video capabilities, see our announcement post.

In the hand the Z7 is small, like other mirrorless cameras, but the beefy grip gives it a comfortable feel. The body has a magnesium frame and weather sealing, putting right in line with other professional cameras at similar price points, and the healthy array of ports on the left-hand side are sealed with heavy rubber gaskets. 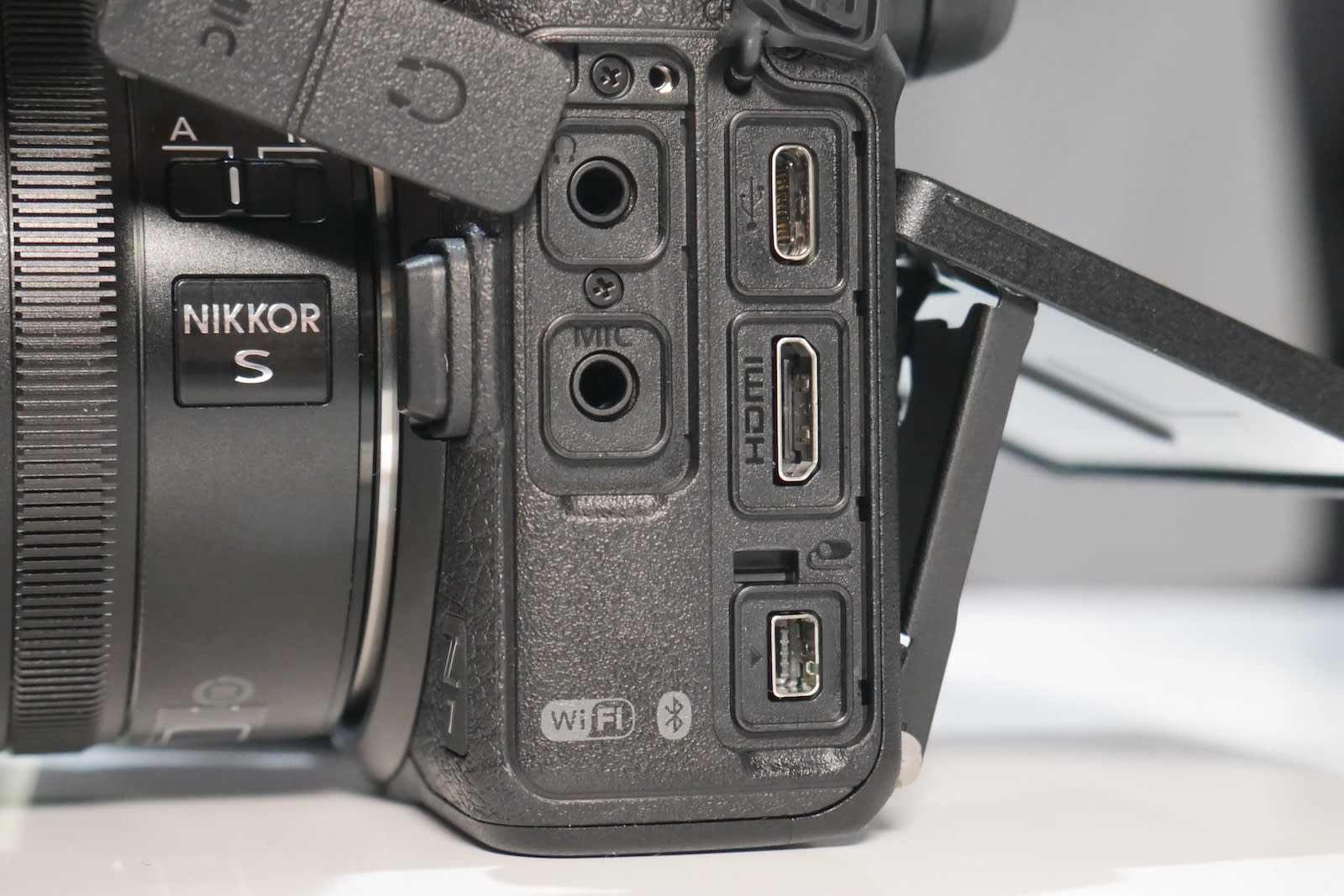 Curiously, both the Z6 and the Z7 use XQD memory cards instead of more common SD cards. This is great for pros and studios that already have XQD cards, but prosumers will find these to be surprisingly expensive--a 32GB XQD from Sony is $89.99. On the other hand, the Z7 uses Nikon's standard EL15 battery, making them interchangeable with other Nikon bodies.