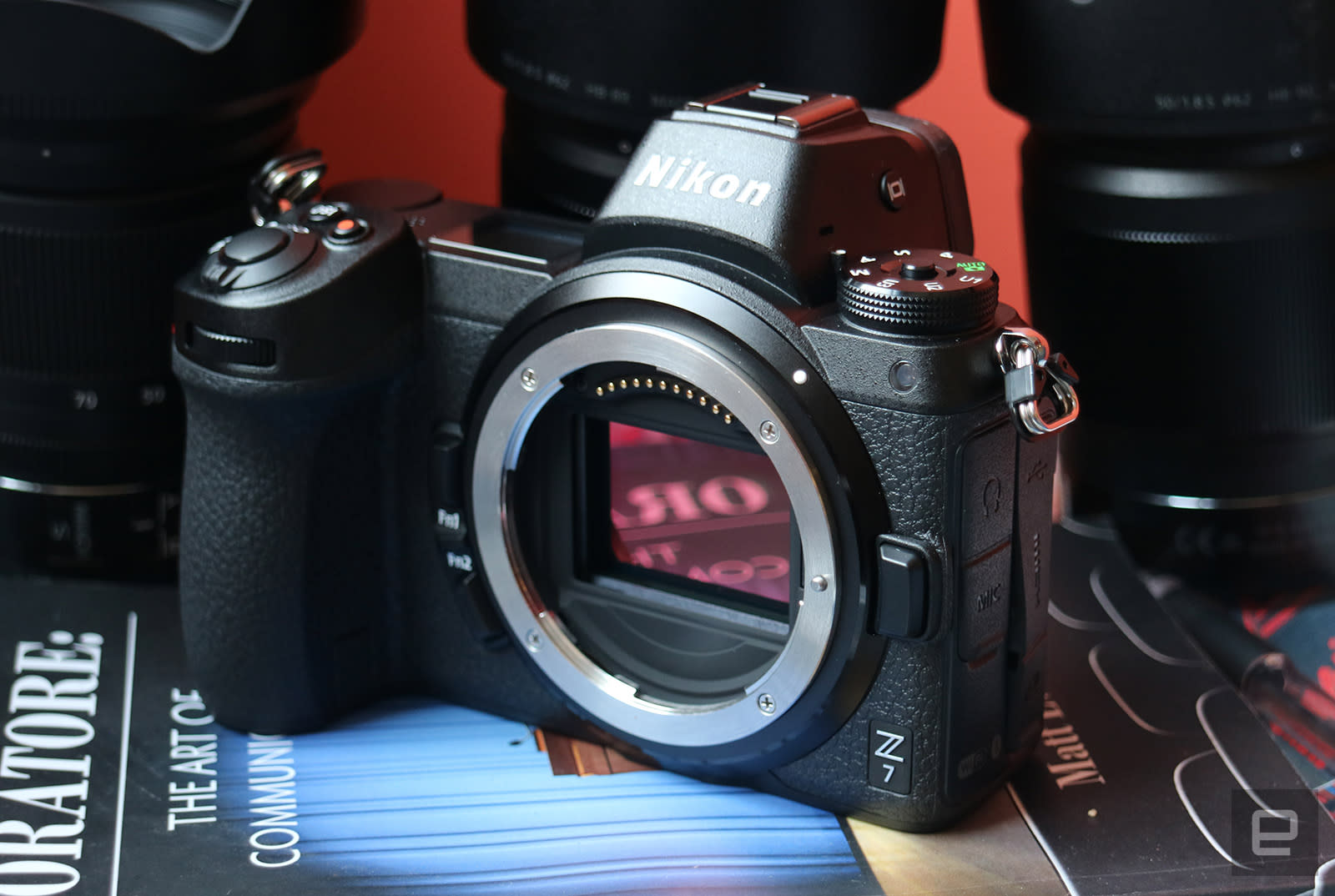 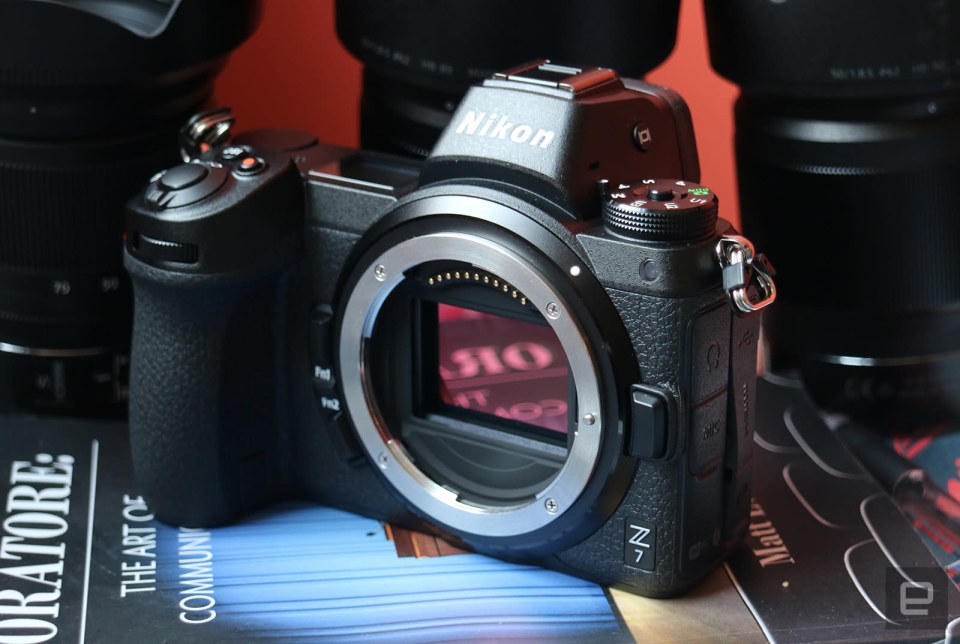 It's over, at last: Nikon's worst kept secret is finally seeing the light of day in an official capacity. Today, the company revealed its long-rumored, highly anticipated mirrorless cameras, the Z6 and Z7. But here, we're going to focus on the flagship model, the Z7. This new shooter features a full-frame 45.7-megapixel BSI CMOS sensor with an Expeed 6 image processor, an ISO range of 64-25,000, a 493-point autofocus system, 9fps continuous shooting and 4K UHD video. That's basically everything you'd want out of a top-of-the-line camera in general, not just the mirrorless kind.

In addition to that, the Z7 comes with 5 axis vibration reduction built in, which will help keep shots stabilized during photo and video shoots. There's also a one million dot tilting, 3.2-inch touchscreen (it doesn't rotate though, unfortunately for vloggers), a top LCD OLED panel for displaying basic information, and a 3.69 million dot high-res OLED electronic viewfinder which Nikon says covers approximately 100 percent of the frame. As with comparable Sony models, the Z7 offers a completely silent shooting mode. Videographers will be happy to know that, along with support for 4K, 30fps video (8 bit internally and 10 bit N log externally via the HDMI port), there are 3.5mm inputs for headphones and a microphone. Like the D850, the Z7 can also capture 120fps footage with audio, in case you want to make slow-motion clips in post-production.

However, while the Z6 offers a full pixel sensor readout, 4K on the Z7 is cropped to an APS-C (DX) size -- much like Sony's A7R III. You can still shoot 4K without any cropping, but some of the pixels will be binned. Unlike the D850, both the Z7 and Z6 support phase-detect AF for video, bringing Nikon up to the same level as Sony and Canon.

As expected, the Z7 is part of a fresh breed for Nikon, so you'll find a completely new body system dubbed "Z-mount." The same goes for the lower-end Z6. But the good news is, Nikon is making an F-mount adapter available from day one for Z7 (and Z6) owners, which is going to offer them support for all existing Nikkor lenses -- all 90 of them.

You'll need an XQD memory card for the Z7 and unfortunately, there's only one slot. We're told CFexpress Type B card support will be coming via a future firmware update. XQD cards can be hard to find, but luckily Nikon is launching its own by the end of September. In terms of connectivity, there's USB-C, Bluetooth and WiFi via Nikon's SnapBridge, and a "PC Ready" feature that'll let you transfer images wirelessly to a desktop or laptop. The body, meanwhile, is weather-resistant made out of magnesium alloy, giving it that premium feel you've come to expect from high-end Nikon cameras. There are three control dials, and each Z lens will have a ring that controls focus by default, but can be re-programmed for aperture, shutter speed or exposure compensation.

The Z7 and Z6 can be charged over USB-C, provided you use the new EN-EL-15b battery. They're compatible with the EN-EL-15a used on the D850 and other DSLRs, but USB-C charging won't work with the older models. The new battery is only good for 330 shots on a charge, but Nikon told Engadget that pro photographers testing the batteries have been getting up to 600 images. In any case, Nikon is developing the MB-N10 multi-power battery pack that will nearly double the number of shots and video recording times.

In this article: av, camera, cameras, canon, entertainment, fullframe, gadgetry, gadgets, gear, hands-on, mirrorless, mirrorlesscamera, nikon, nikonz6, nikonz7, nikonzmount, sony, z6, z7, zmount
All products recommended by Engadget are selected by our editorial team, independent of our parent company. Some of our stories include affiliate links. If you buy something through one of these links, we may earn an affiliate commission.