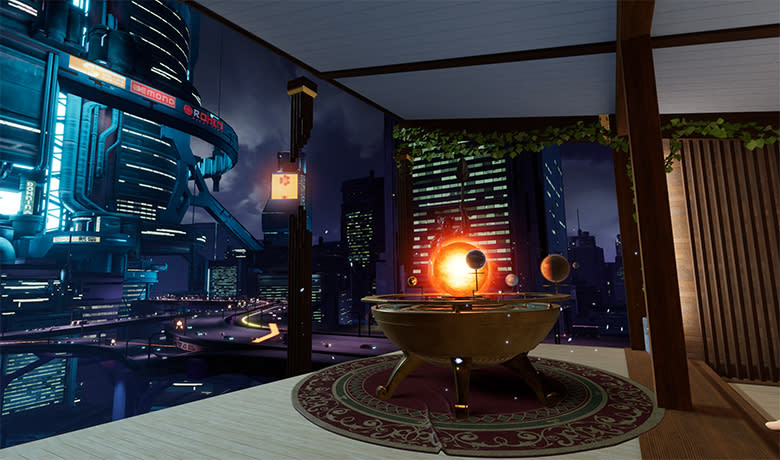 Amid a string of announcements at Oculus Connect 5, including the standalone Oculus Quest headset, Facebook revealed some updates to the Rift Core 2.0 platform, which is moving out of beta and will be available for everyone in early October. If you don't want to wait, you can access it through the Public Test Channel starting Wednesday.

The VR interface lets you further customize your Home space by moving things around and adding achievement objects from Oculus games, along with your own 3D models and objects. You can also invite up to eight friends to your Home space and watch videos together in a home theatre. Expressive avatars are on the way too, with "simulated eye and mouth movement and subtle micro-expressions." Developers will get access to the Avatar software development kit later this year.

Rift Core 2.0 debuted in December in beta, with Oculus refocusing the VR interface around its Touch controllers. It overhauled Home and added Dash, a dashboard you can access from any app or experience, while you can run desktop apps in VR. As Rift Core 2.0 includes resource-intensive features such as mirrored desktop monitors, Oculus has largely shifted away from Windows 7 and 8.1 to focus on Windows 10.

You should have better control of your VR experience via Dash, as you can adjust sound, see your controller battery levels and check the time on the clock. Facebook says it should be easier for you to organize multiple windows too.

Also new is Experiments, which lets Facebook publicly test some features. At the minute, those include a wristwatch and virtual desktop pullout panels. You can turn on Experiments from your Dash settings.

In this article: facebook, gadgetry, gadgets, gear, oculus, oculusconnect5, oculusrift, oculustouch, riftcore2, riftcore2.0, virtualreality, vr
All products recommended by Engadget are selected by our editorial team, independent of our parent company. Some of our stories include affiliate links. If you buy something through one of these links, we may earn an affiliate commission.