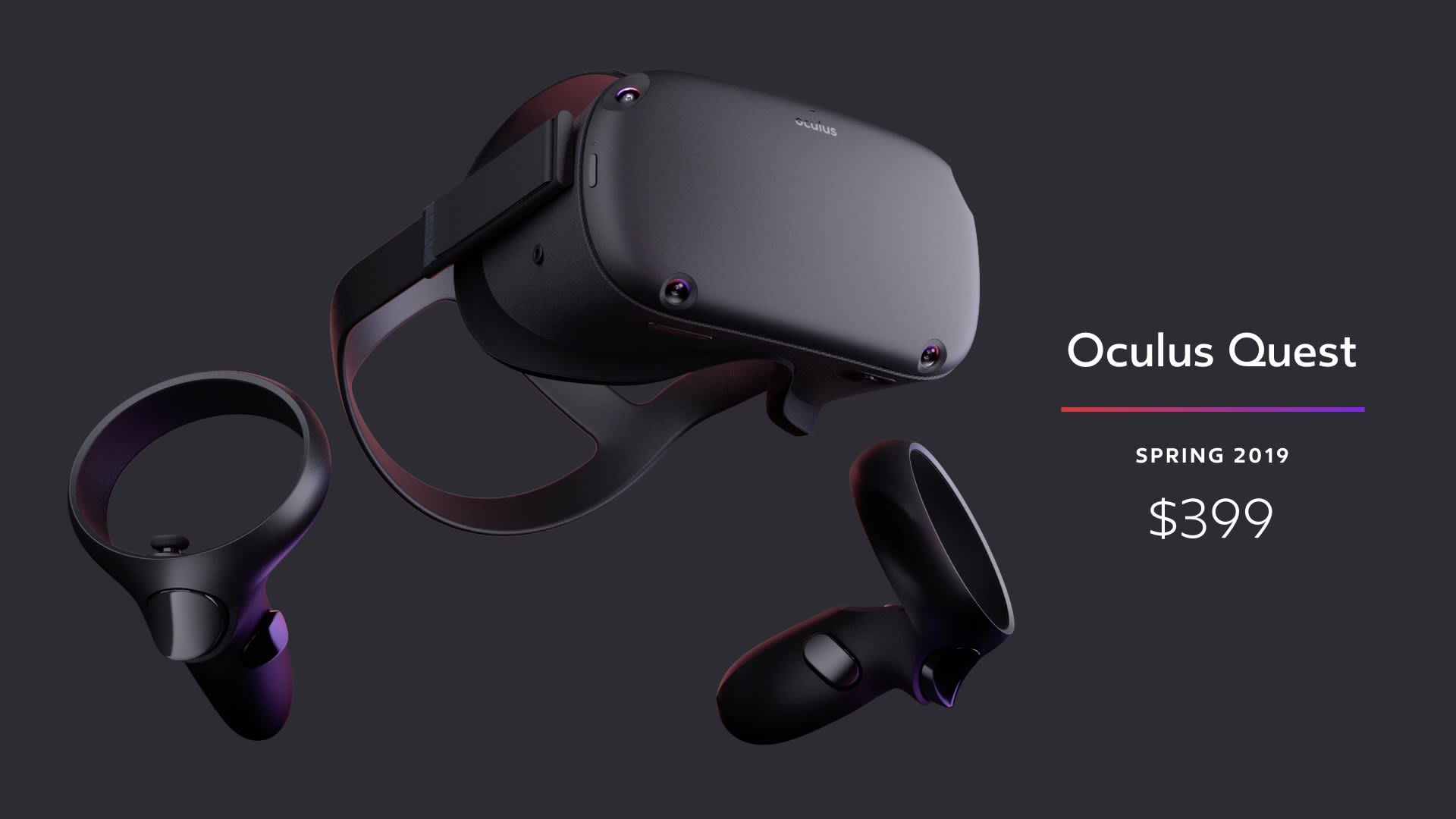 Project Santa Cruz has left the pre-production phase. Oculus VR's powerful standalone headset is officially called Oculus Quest and it's due to hit the market in the spring of 2019 for $399 -- let's just call it an even $400. That's the starting price, for a 64GB model. Oculus Quest has a display resolution of 1600x1440 per eye. The new headset will ship with more than 50 titles, plus developers are working to bring notable Rift VR games such as Moss, The Climb and Robo Recall to it as well.

Oculus Quest has long been the light at the end of the tunnel for Oculus VR. Developers have promised that it will be a powerful, self-contained headset capable of delivering the vision of VR that folks have been dreaming of for decades. Everything we've seen about it so far lends credence to this claim.

The Oculus Quest headset offers motion-controlled gaming in a standalone device, complete with six degrees of freedom and true wireless gaming. There are no sensors or strings trailing out of the headset, instead using "inside-out" tracking to tell how players are moving. Oculus calls this technology Insight and says it uses four ultra wide-angle sensors plus computer vision algorithms to keep tabs on players and the motion controllers.

Quest is a few steps up from Oculus Go, the company's $200 wireless VR model. The Go is similar internally to the Gear VR, a mobile-driven headset, though it doesn't rely on a smartphone to run. Meanwhile, Quest is positioned to compete against PC-quality VR headsets, but without any tethers.

We went hands-on with an early version of Oculus Quest one year ago and even back then it felt like a finished product. It was lightweight, comfortable and freeing -- without any wires tying players to a PC, moving felt more natural and the experiences were immersive, from slaying zombies to feeding a mythical creature. The updated Touch controllers were an improvement over the initial model, and developers had implemented an innovative solution to VR audio. Much like the Oculus Go, there were no headphones on the Quest headset, but game audio was piped through loud and clear thanks to spatial audio technology.

However, that was last year. We'll get an up-close and personal look at Oculus Quest this week during Oculus Connect 5, so stay tuned for updated impressions of the new headset.

In this article: av, facebook, gadgetry, gadgets, gear, oculusconnect5, personal computing, personalcomputing, SantaCruz, VirtualReality, vr, VrHeadset, wearables
All products recommended by Engadget are selected by our editorial team, independent of our parent company. Some of our stories include affiliate links. If you buy something through one of these links, we may earn an affiliate commission.