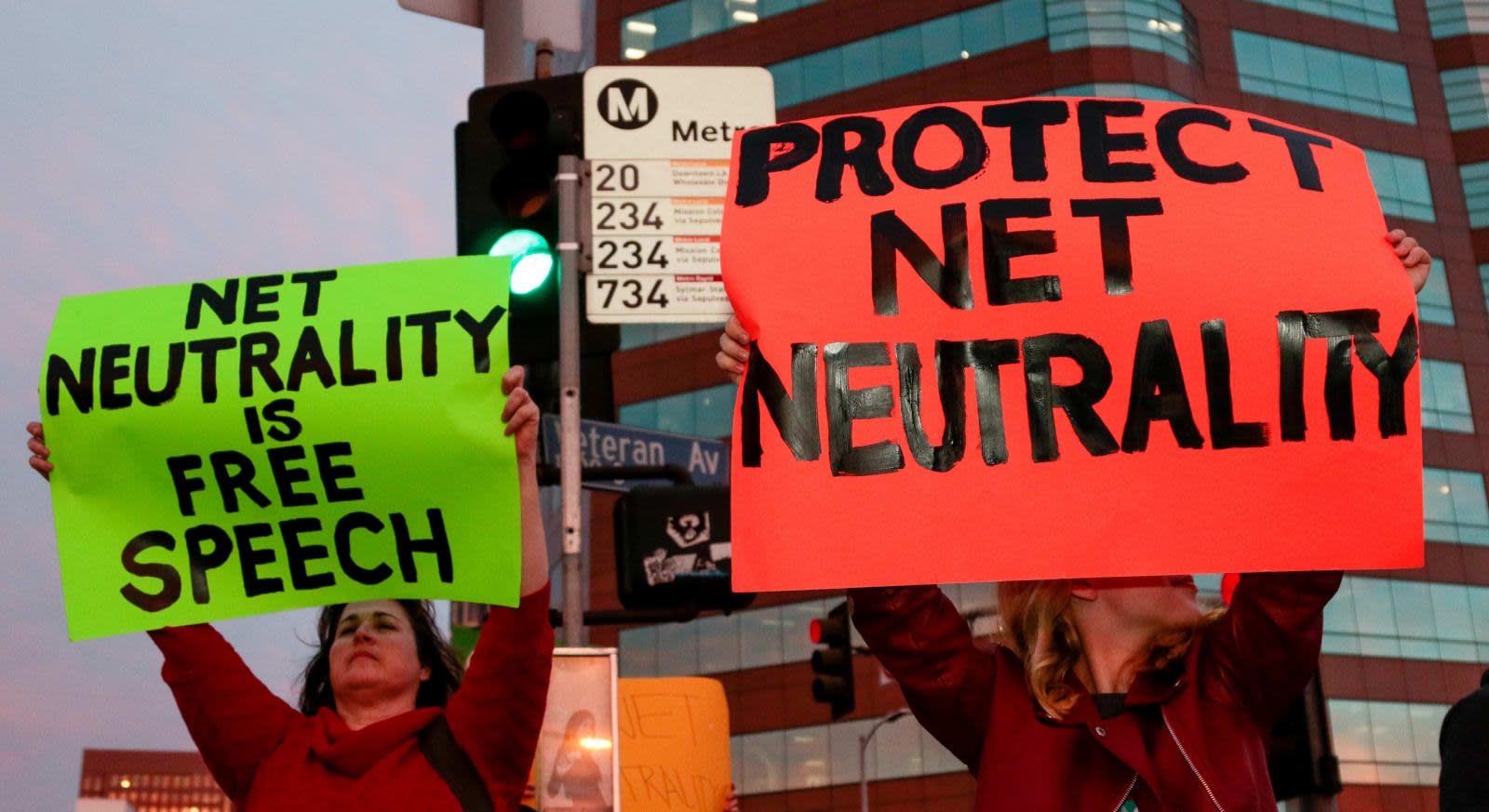 A net neutrality bill that its sponsor Scott Weiner calls "the strongest in the nation" (after being restored to its original form) is now state law in California after being signed by governor Jerry Brown. SB 822 is intended to restore the protections put in place by a (now-rescinded) 2015 FCC Order, as well as closing "loopholes" that its backers said could have allowed anti-competitive forms of zero-rating. FCC Chairman Ajit Pai captained the effort to repeal those rules, and has called the bill "illegal," setting the stage for a squabble between the state and federal government.

And just as quickly as the bill has been signed, the New York Times reports that the Justice Department has filed a lawsuit against it. In a statement, the department claimed "Senate Bill 822, an Internet regulation bill signed into law earlier today by Governor Jerry Brown, unlawfully imposes burdens on the Federal Government's deregulatory approach to the Internet."

Pai said he was "pleased" to see the federal government's lawsuit, and that "The Internet is free and open today, and it will continue to be under the light-touch protections of the FCC's Restoring Internet Freedom Order." US Attorney General Jeff Sessions asserted his belief in the power of the federal government, saying "Once again the California legislature has enacted an extreme and illegal state law attempting to frustrate federal policy. The Justice Department should not have to spend valuable time and resources to file this suit today, but we have a duty to defend the prerogatives of the federal government and protect our Constitutional order."

According to the LA Times, California state AG Xavier Bacerra said the state is prepared to defend its new law, and that it would need additional funding and staff to implement the regulations.

Weiner said in a statement that "Today marks a true win for the internet and for an open society." Stanford professor Barbara van Schewick said "Like the 2015 Order, SB 822 ensures that Californians, not the companies they pay to get online, get to be in control of what sites, apps and services they use. SB 822 bans ISPs from blocking, throttling, and charging websites fees for access to the ISP's subscribers or for fast lanes, which will protect California's economic growth, innovation economy and democratic engagement."

The move has also been opposed by ISPs like Comcast and Verizon (the owner of Engadget's parent company). Industry group US Telecom, which counts AT&T and Verizon among its members, issued a statement from president & CEO Jonathan Spalter, who said: "We all support strong and enforceable net neutrality protections for every American – regardless of where they may live. But this bill is neither the way to get there, nor will it help advance the promise and potential of California's innovation DNA. Rather than 50 states stepping in with their own conflicting open internet solutions, we need Congress to step up with a national framework for the whole internet ecosystem and resolve this issue once and for all."

Within minutes of our #NetNeutrality⁠ ⁠bill being signed into law, Jeff Sessions ran into court & sued CA, claiming we don't have the power to protect internet access. Well, we do. We'll fight you & win, just like we did when you sued us on protecting immigrants. My statement: pic.twitter.com/NgMZWNI0mS

NET NEUTRALITY IS NOW THE LAW IN CALIFORNIA!

Governor Brown just signed our #SB822, which contains the strongest #NetNeutrality protections in the nation. Huge win for an open internet. Thank you @JerryBrownGov! pic.twitter.com/mZa8l9qc16

In this article: AjitPai, att, breaking news, eff, FCC, gear, internet, JerryBrown, NetNeutrality, politics, sb822, scottweiner, verizon
All products recommended by Engadget are selected by our editorial team, independent of our parent company. Some of our stories include affiliate links. If you buy something through one of these links, we may earn an affiliate commission.