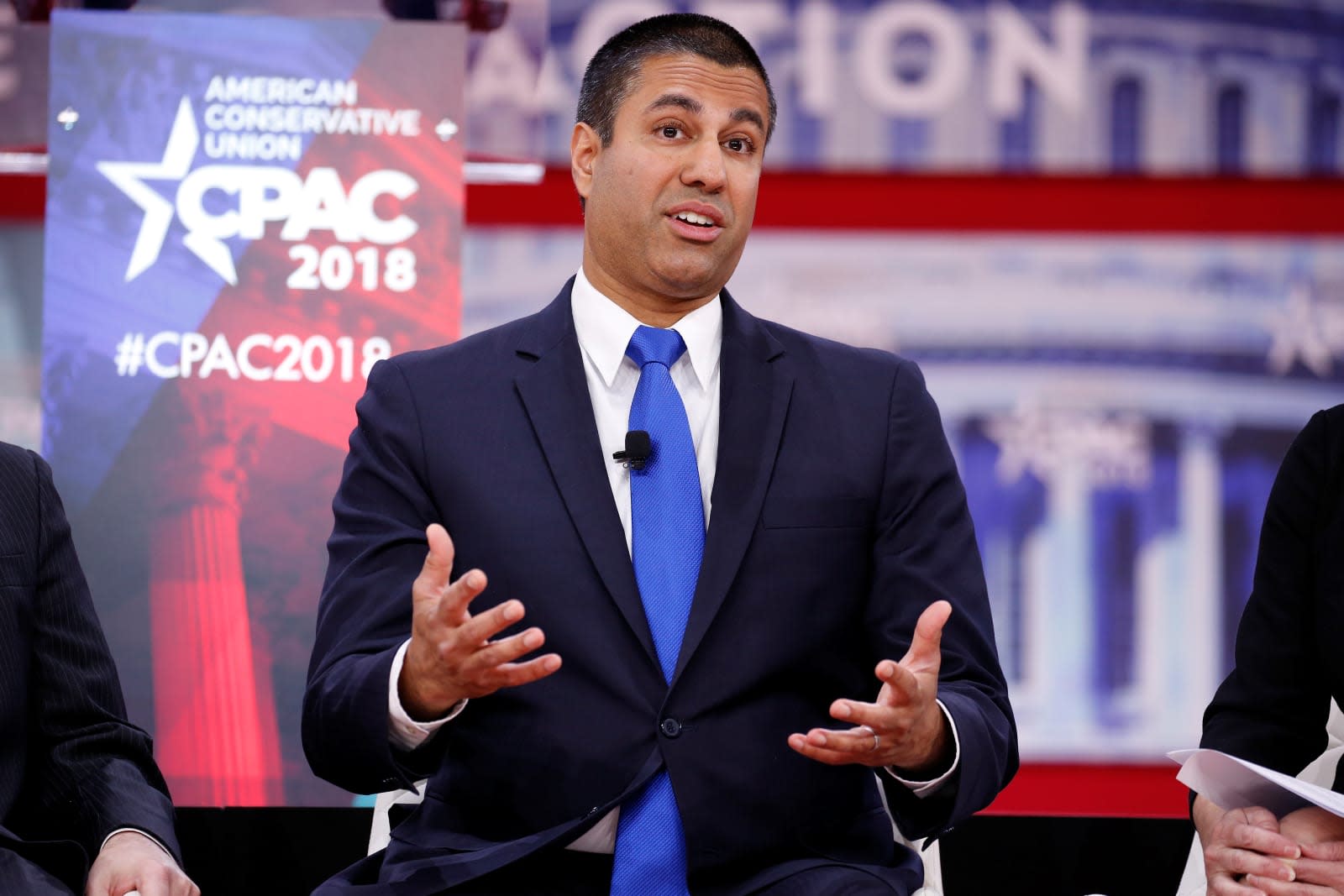 The FCC's decision to overturn Obama-era net neutrality protections goes into effect today, giving internet service providers leeway to block, throttle and prioritize websites and content. While we may not see the direct effects of this decision immediately, it is, in no uncertain terms, a massively important change that stands to alter the internet as we know and experience it.

Along with allowing ISPs to more deeply affect what content you see and the speed with which you can access it, the new rules also shift oversight away from the FCC and over to the FTC. Under Chairman Tom Wheeler, the FCC classified broadband internet as a Title II service, putting it in line with utilities like telephone service and electricity. But in December, the FCC switched broadband back to a Title I classification, giving the FTC some of the regulatory authority the FCC previously had over ISPs and negating the legal authority the FCC had to ban practices like blocking, throttling and paid prioritization. Chairman Ajit Pai has said the previous setup was "heavy-handed" and that this newer "light touch" approach will spur more investment and innovation.

There are many outspoken opponents of the FCC's move, though, including state governments, tech companies, rights groups and attorneys general. At least 29 states have introduced more than 65 bills aimed at protecting net neutrality and seven states -- Hawaii, New Jersey, New York, Montana, Rhode Island, Oregon and Vermont -- enacted executive orders that made it illegal for state agencies to enter contracts with ISPs that don't uphold net neutrality. So far, Oregon, Vermont and Washington have passed net neutrality legislation and California's Senate passed a net neutrality bill last month. Additionally, 22 states' and Washington DC's attorneys general have filed a lawsuit alongside nearly a dozen other groups, challenging the FCC decision.

The repeal of #NetNeutrality officially goes into effect today, but the fight is far from over.

The people saying we can't pass the resolution to #SaveTheInternet in the House are the same people who were saying we couldn't do it in the Senate.

As for Congress, the Senate issued a vote to overturn the decision in May and the House of Representatives now has the opportunity to do the same. As of now, 171 Representatives have agreed to vote against the FCC decision, 47 short of the 218 needed for that vote to be successful. If House net neutrality supporters can get those last votes, which is unlikely, the decision would still need to be signed by President Trump who is expected to veto it if it ever came to that.

So net neutrality's path through Congress is an uphill battle, but some are still optimistic that net neutrality will win out in the end. "Hold the obituaries. Net neutrality is not dead," Fight for the Future Deputy Director Evan Greer said in a statement. "Ajit Pai's absurd repeal of basic free speech protections is the most unpopular decision in the history of the FCC, and it will not stand. The Senate already passed a historic bipartisan resolution disapproving the repeal. Now the entire internet is laser focused on getting the House of Representatives to do the same."

This is unacceptable. That's why I have signed on to the Congressional Review Act and I stand with my colleagues that want to reinstate net neutrality.

Even if the vote doesn't make it through the House, these efforts are forcing politicians to publicly choose a side on the matter, decisions that could affect how successful their reelection campaigns are in the future. "The internet is coming for net neutrality," said Greer. "There is nowhere to hide. Any lawmaker, of any party, that fails to sign the discharge petition in support of the CRA will regret it come election time."

And while a new administration in 2020 could, in theory, return the rules back to what they were, a more permanent decision still lies with Congress. How deeply future legislation might protect net neutrality will largely depend on which representatives are writing and voting on it, which means upcoming elections are very important for the fate of net neutrality. If you're interested in letting your representatives know where you stand on net neutrality and how you'd like them to vote, you can see a tally of who has and hasn't agreed to support net neutrality here.