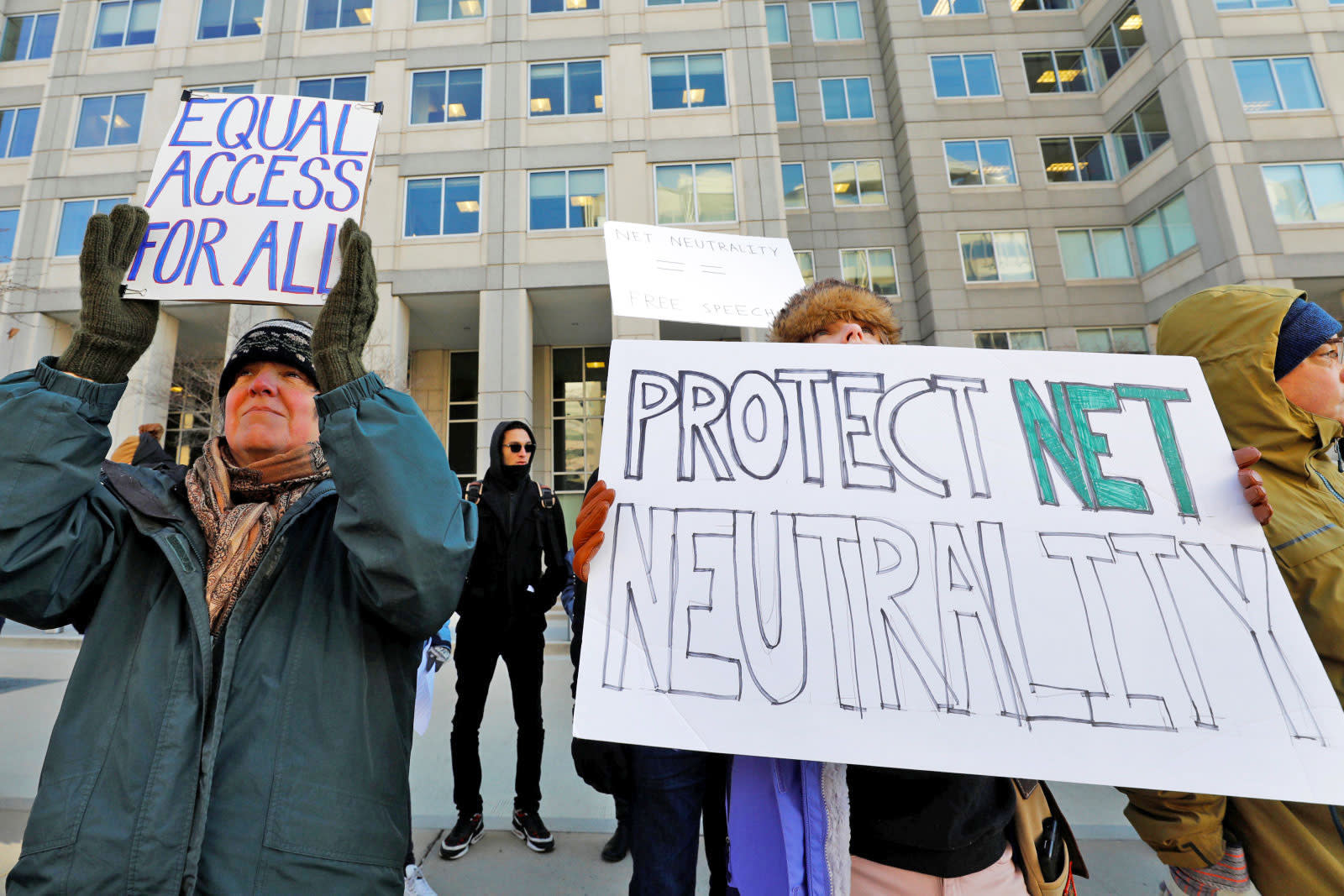 Opposition to the FCC's repeal of net neutrality grew this week, as six more tech companies filed suit against it. Etsy, Kickstarter, Foursquare, Shutterstock, Automattic and Expa petitioned the US Court of Appeals for the DC Circuit as part of a group called the Coalition for Internet Openness. The group's goal is to stop the FCC from overturning the rules that ensure a free and open internet.

"We believe that everyone has the right to access information on places, spaces and people, and that business leaders and brands need to be able to interpret trends and patterns as they truly exist," said Marc Ellenbogen, Foursquare's chief compliance officer and general counsel.

This is just the latest group pledging to fight the FCC. Earlier this year, internet giants like Amazon, Facebook, Google, Netflix and Twitter sued the regulatory body as part of the Internet Association lobbying group. 23 attorneys general have also filed a challenge to the repeal, and the Senate is working on a resolution that might undo the FCC's vote as well. In the meantime, states like Oregon, New Jersey and New York have attempted to come up with their own solutions to keep net neutrality alive. The FCC had voted to repeal net neutrality back in December of last year.

"The fight for net neutrality is the fight for civil liberties, and a more vibrant culture," said Candace Martin, Kickstarter's commercial counsel, in a statement. "Without it, the free and equal exchange of ideas is at risk."

In this article: automattic, etsy, expa, fcc, foursquare, gear, internet, kickstarter, netneutrality, politics, shutterstock
All products recommended by Engadget are selected by our editorial team, independent of our parent company. Some of our stories include affiliate links. If you buy something through one of these links, we may earn an affiliate commission.