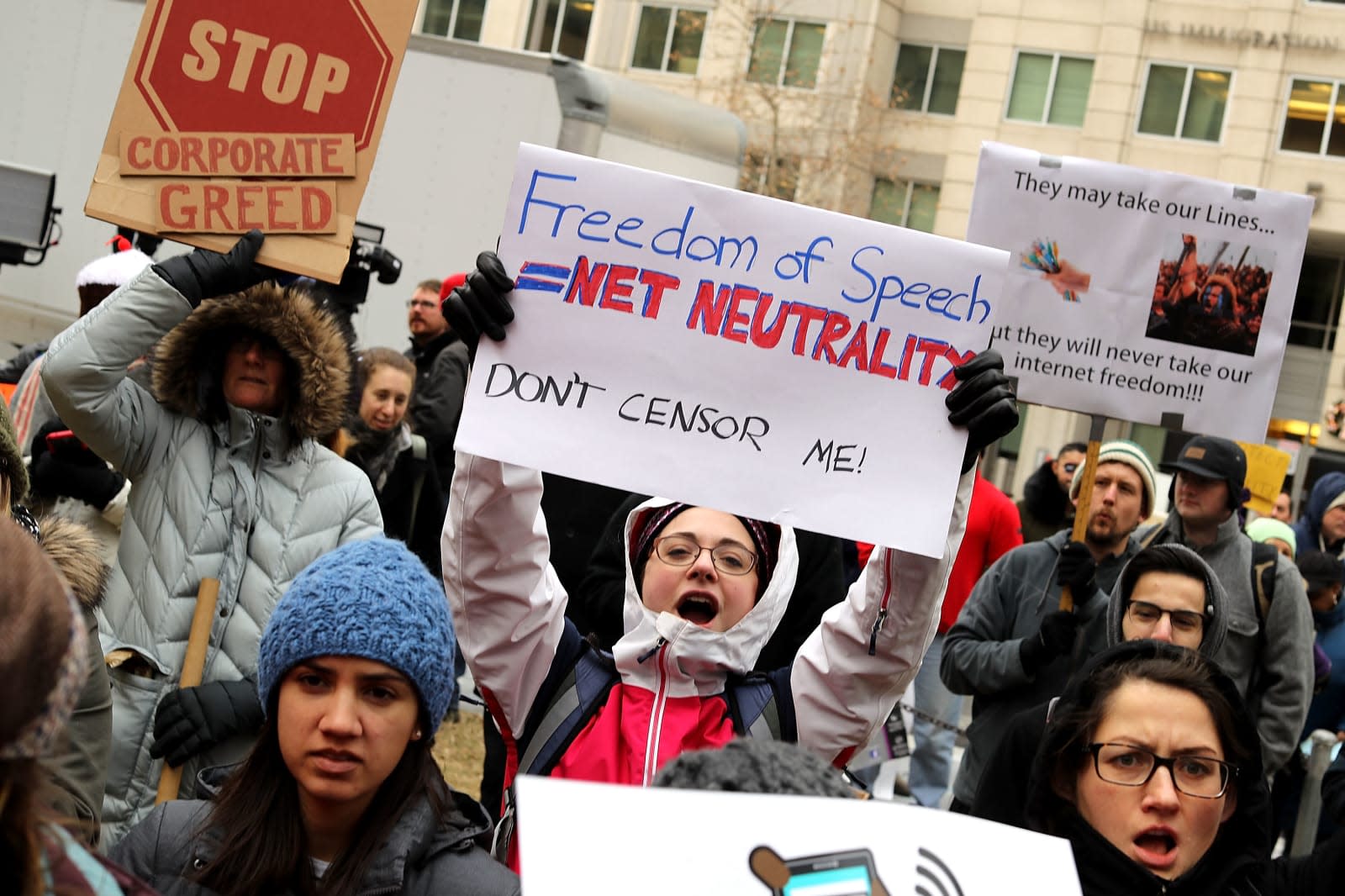 New Jersey has joined Montana and New York in the growing list of states fighting back against the FCC's decision to repeal net neutrality. Governor Phil Murphy has signed an executive order prohibiting ISPs from blocking, throttling or taking payment to prioritize one web content over others if they sell internet service to state agencies. The order (PDF), which is pretty much identical to the ones signed by Montana Governor Steve Bullock and New York Governor Andrew Cuomo, doesn't cover ISPs that don't count state agencies among their customers.

As Gov. Murphy said, "New Jersey cannot unilaterally regulate net neutrality back into law or cement it as a state regulation" -- the FCC made sure states can't enforce their own broadband laws when it repealed net neutrality. It can, however, "exercise [its] power as a consumer to make [its] preferences known." Although the order can only cover some ISPs, it can also benefit ordinary customers, as long as they're subscribed to a provider that does business with the government. Any ISP that signs a contract with New Jersey on or before July 1st will have to comply with the order, so keep your eyes peeled if you're an NJ resident.

In addition to signing the order, New Jersey is also joining the lawsuit filed by a group of states that want to restore net neutrality. NJ Attorney General Gurbir Grewal said they "are committed to taking whatever legal action [they] can to preserve the internet rights of New Jersey consumers and to challenge the federal government's misguided attack on a free and open Internet."

In this article: gear, internet, netneutrality, newjersey
All products recommended by Engadget are selected by our editorial team, independent of our parent company. Some of our stories include affiliate links. If you buy something through one of these links, we may earn an affiliate commission.