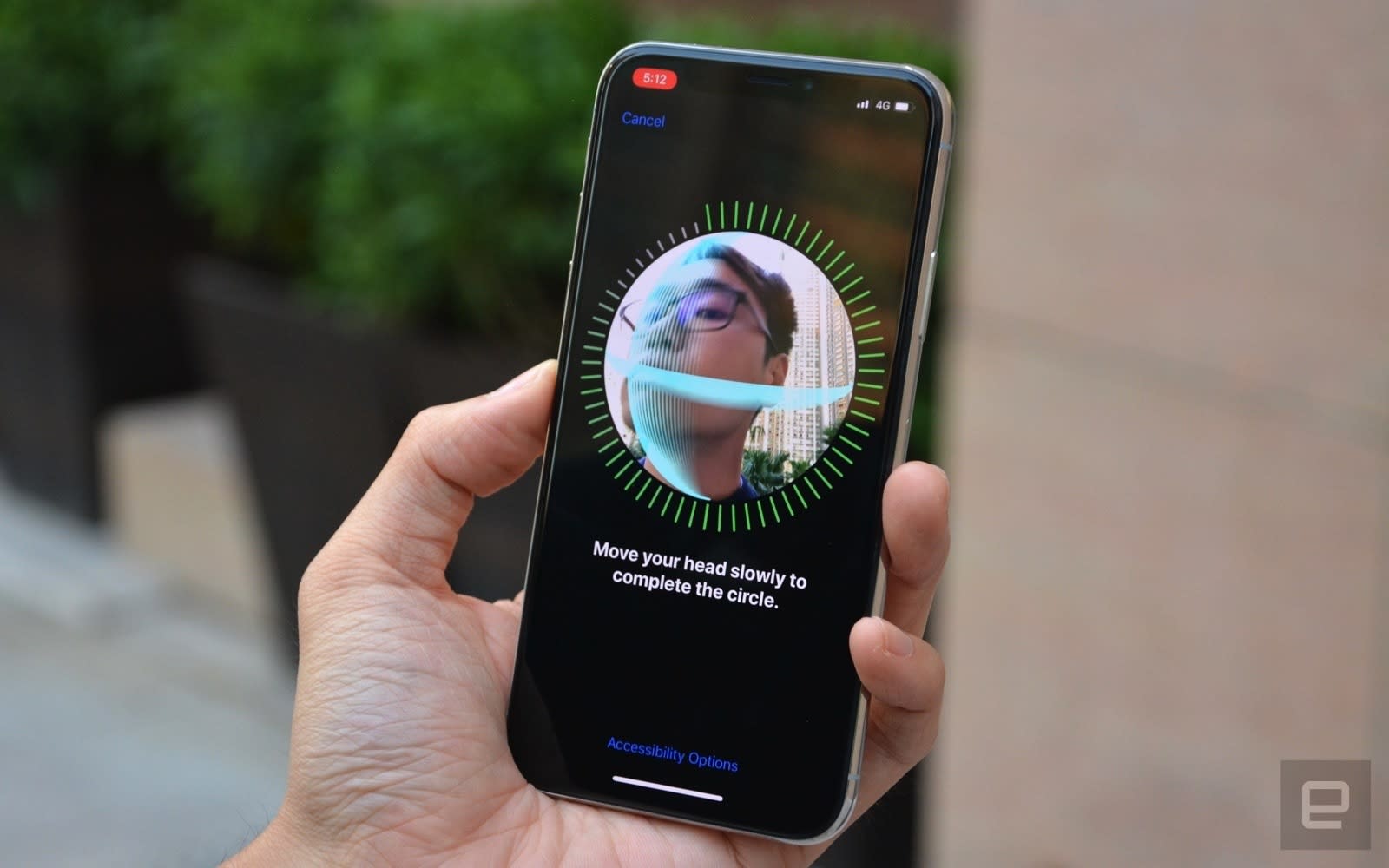 In what may be a world first, the FBI has forced a suspect to unlock his iPhone X using Apple's Face ID feature. Agents in Columbus, Ohio entered the home of 28-year-old Grant Michalski, who was suspected of child abuse, according to court documents spotted by Forbes. With a search warrant in hand, they forced him to put his face on front of the device to unlock it. They were then able to freely search for his photos, chats and any other potential evidence.

The FBI started investigating Michalski after discovering his ad on Craigslist titled "taboo." Later, they discovered emails in which he discussed incest and sex with minors with another defendant, William Weekly. Reportedly, they also discussed sexual acts with an individual that Weekly identified in the emails as his daughter.

The FBI have used suspects' fingerprints to unlock their phones, and even tried to crack an iPhone by 3D-printing a dead person's finger. Without a fingerprint or face, authorities have thus far been unable to obtain passwords, because even Apple can't access them. Apple has also refused to create backdoors for law enforcement, with CEO Tim Cook saying it would compromise the security of all users. That argument has some merit, as hacking tools developed by the NSA were stolen by hackers.

That hasn't stopped third-party companies, however. Israeli firm Cellebrite created an unlocking device that may have been used by the FBI to unlock the San Bernardino killer's iPhone. Another device called GrayKey can reportedly unlock two iPhones at once in just a couple of minutes.

Surprisingly, using Face ID or similar face recognition systems from Huawei and other device makers to unlock a suspect's phone has possibly never been tried. As such, it's not clear if it's lawful to do so, even though law enforcement can obviously use someone's face as evidence for witness identification and other purposes.

Reportedly, agents were able to obtain some, but not all data by using the suspect's Face ID because they were unable to keep the phone open long enough. In any event, Michalski's lawyer told Forbes that the data may not even be necessary. "That's a Pyrrhic victory as there was contraband found on other devices but there would be no need to challenge the warrant's facial recognition feature as my client was not harmed by its use."

In this article: ChildAbuse, Crime, FaceUnlock, FBI, gear, iPhoneX, mobile, Search, Warrant
All products recommended by Engadget are selected by our editorial team, independent of our parent company. Some of our stories include affiliate links. If you buy something through one of these links, we may earn an affiliate commission.