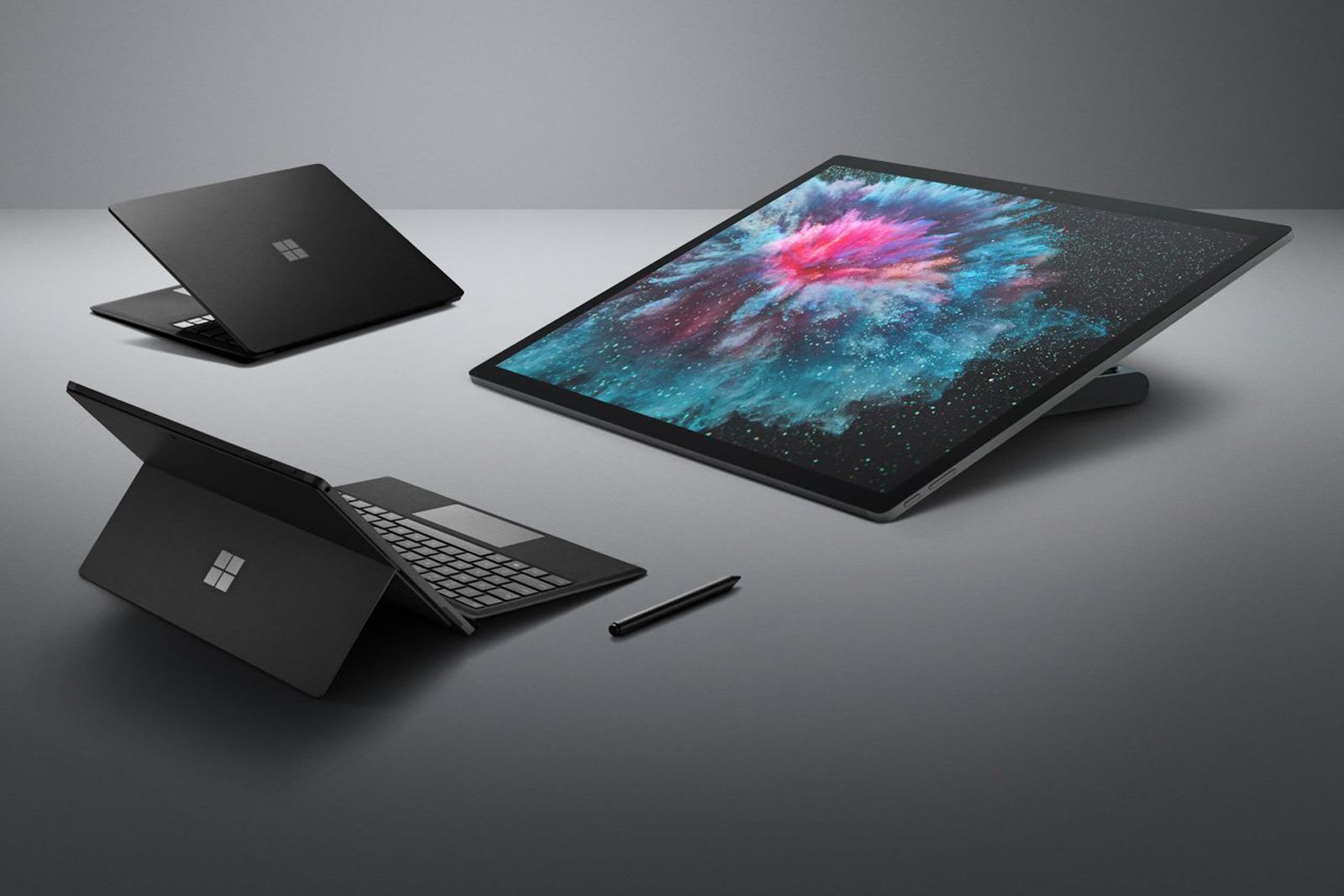 Those rumors of black Surface devices at Microsoft's impending October 2nd event might have some merit. WalkingCat (a historically good source of Microsoft scoops) has posted what appears to be a leaked press image showing matte black versions of the Surface Laptop and Surface Pro, along with what's likely a refreshed Surface Studio. The leak doesn't include specs or any other details. All the devices look similar to their existing counterparts apart from the new hue, though, reinforcing claims that these would be spec bumps rather than major revisions.

If past reports are accurate, the Surface Laptop and Surface Pro would step up to quad-core 8th-generation Intel Core chips, with more RAM in most configurations. You'd still have to deal with USB-A and Mini DisplayPort connectors instead of newer USB-C ports, however. It's not certain what a new Surface Studio would bring to the table, although it hasn't been updated since 2016 -- it's long, long overdue for a refresh, particularly given that its GeForce 900-series graphics were behind the times even when the system was new.

There are no other devices in the image. While we wouldn't completely rule out surprises at Microsoft's event, it's distinctly possible that this is all the hardware you're going to get. If the pocketable Andromeda device is coming, the folks in Redmond are keeping a tight lid on it.

In this article: computer, desktop, gear, laptop, microsoft, pc, personal computing, personalcomputing, surface, surface2018, surfacelaptop, surfacepro, surfacestudio
All products recommended by Engadget are selected by our editorial team, independent of our parent company. Some of our stories include affiliate links. If you buy something through one of these links, we may earn an affiliate commission.