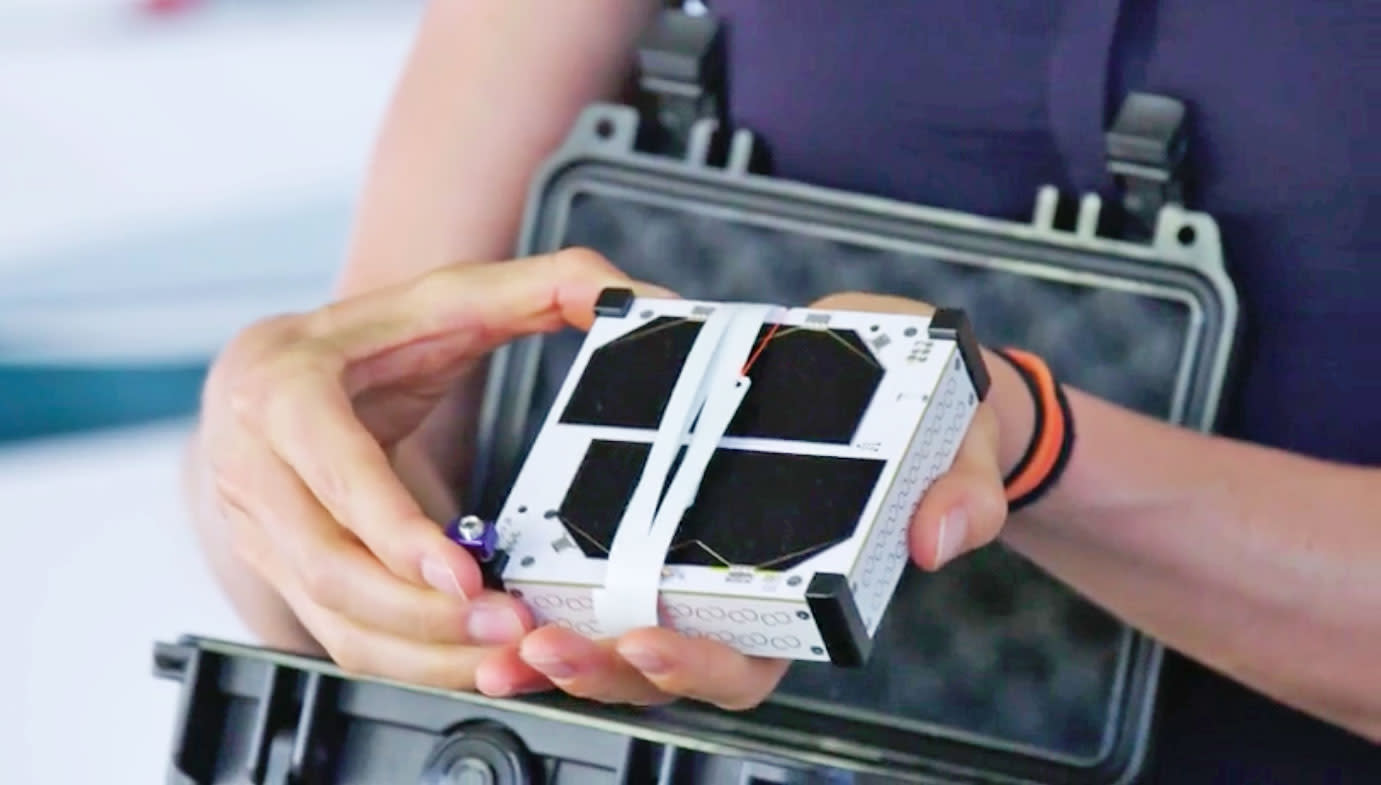 Sending things to space is a serious business that normally requires capital investments, rigorous preparations — and taking care of the paperwork. Earlier this year US startup Swarm circumvented the last part and sent a series of probes — so-called SpaceBEEs — into orbit despite being rejected for an FCC license. Although FCC is still looking at how to punish the rogue operator, it has just granted it a temporary license to send up a few more satellites.

Moving fast and breaking things in true startup fashion, Swarm decided to ask for forgiveness rather than permission when its application was turned down back in December 2017. The company ended up becoming the first entity to send its probes to space without a license from FCC, which is part of the reason the commission is taking a while to decide on how to discipline the company (if at all).

In the meantime, Swarm, which has a vision of providing internet access through a network of 100 small satellites, got a temporary six-month license to send four of them into orbit this coming November. The company appears to have adjusted its SpaceBEEs to align with the FCC's requirements: the first probes were deemed too small, measuring less than 10cm per side (shown in the photo above), while the new ones are larger.

Both SpaceBEE orbital launches — the unauthorized one and the one to take place in November — are facilitated by Spaceflight, a company that organizes "ridesharing" on commercial space rockets for satellite operators. The company told The Verge that Swarm "wasn't entirely forthcoming" about its licensing situation back in January, but it's now satisfied with its paperwork for the upcoming launch.

In this article: FCC, government, license, satellite, space, spaceflight, swarm, tomorrow
All products recommended by Engadget are selected by our editorial team, independent of our parent company. Some of our stories include affiliate links. If you buy something through one of these links, we may earn an affiliate commission.