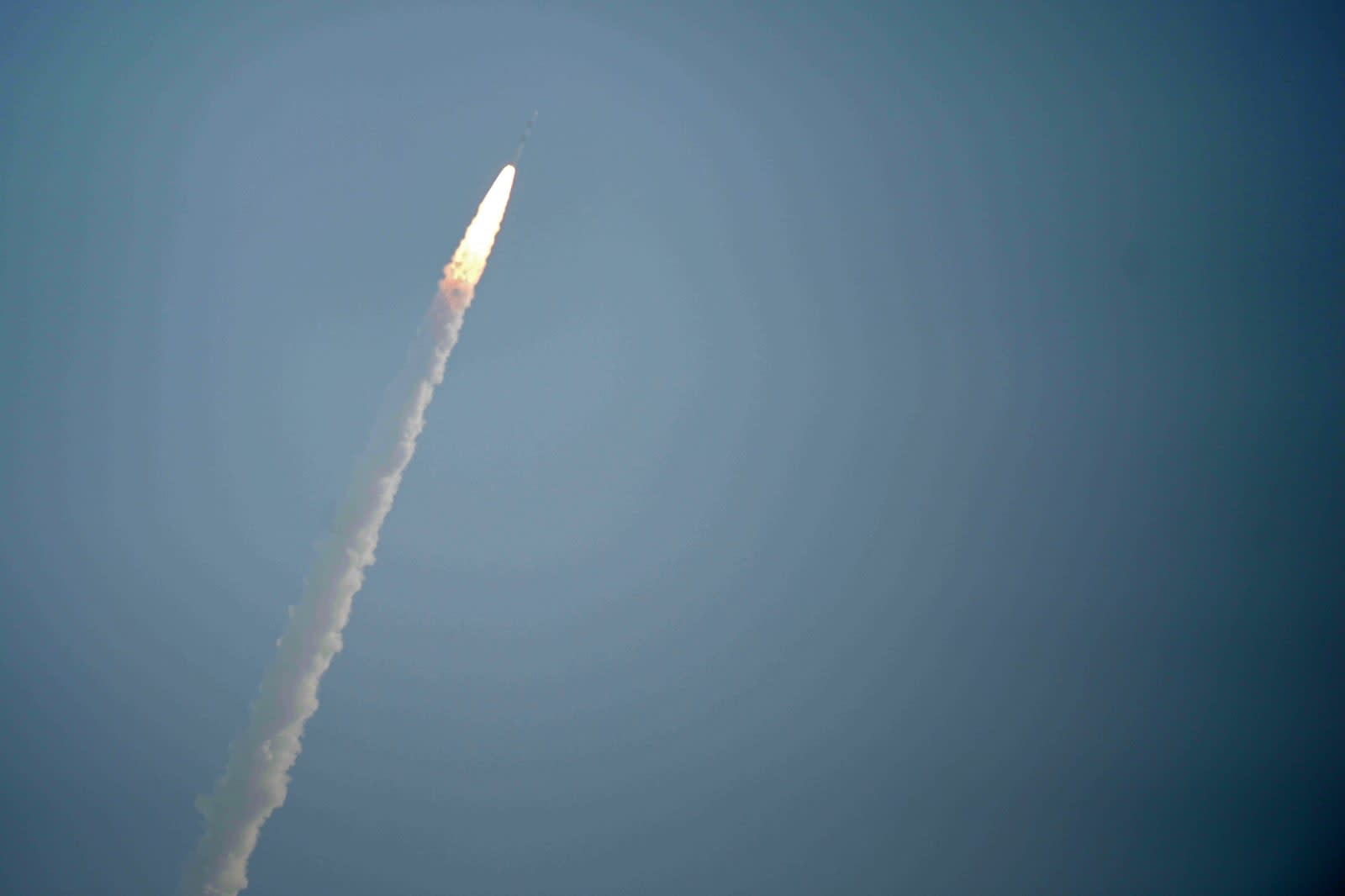 Life isn't easy if you're a space technology startup: in addition to the outlandish costs, you have to clear all kinds of regulatory challenges that might cut your plans short if there's a snag. One company might not have been willing to take "no" for an answer, however. IEEE Spectrum has discovered that the FCC accused startup Swarm Technologies of launching four of its tiny SpaceBEE (Basic Electronic Elements) communication cubesats without obtaining the necessary approvals -- in effect, it would be the first satellite maker to go rogue.

The FCC denied Swarm's application to launch its satellites in December 2017 on the grounds that they posed a safety hazard to other spacecraft orbiting Earth. That apparently wasn't a deterrent, as the SpaceBEEs appear to have launched aboard one of India's Polar Satellite Launch Vehicles on January 12th (you're looking at the rocket above). Needless to say, that left officials fuming. The FCC revoked Swarm's approval for a subsequent mission that would have taken place this April, citing an "apparent unauthorized launch and operation" of the four satellites.

Swarm was undoubtedly aware of the objections, as the April cubesats addressed FCC complaints that the initial models were too small. Unless the Indian space agency ISRO's description of the cargo and successful launch is inaccurate, though, it didn't scrap plans to launch the old satellites.

IEEE and TechCrunch have so far been unsuccessful in repeated attempts to reach Swarm for comment. The incident creates all kinds of problems though, and not just for Swarm or the FCC. The launch services company Spaceflight had said it checks its customers' regulatory licenses, but appears to have let Swarm through the cracks. A spokesperson said the company "has never knowingly" launched clients without FCC licenses. It's also uncertain whether or not ISRO checks licenses. Although it's doubtful you'll see a repeat of this any time soon, there may need to be more stringent checks -- space junk is enough of a problem with fully authorized spacecraft, let alone the unsanctioned kind.

In this article: cubesat, fcc, gear, regulation, satellite, space, spacebee, swarmtechnologies
All products recommended by Engadget are selected by our editorial team, independent of our parent company. Some of our stories include affiliate links. If you buy something through one of these links, we may earn an affiliate commission.