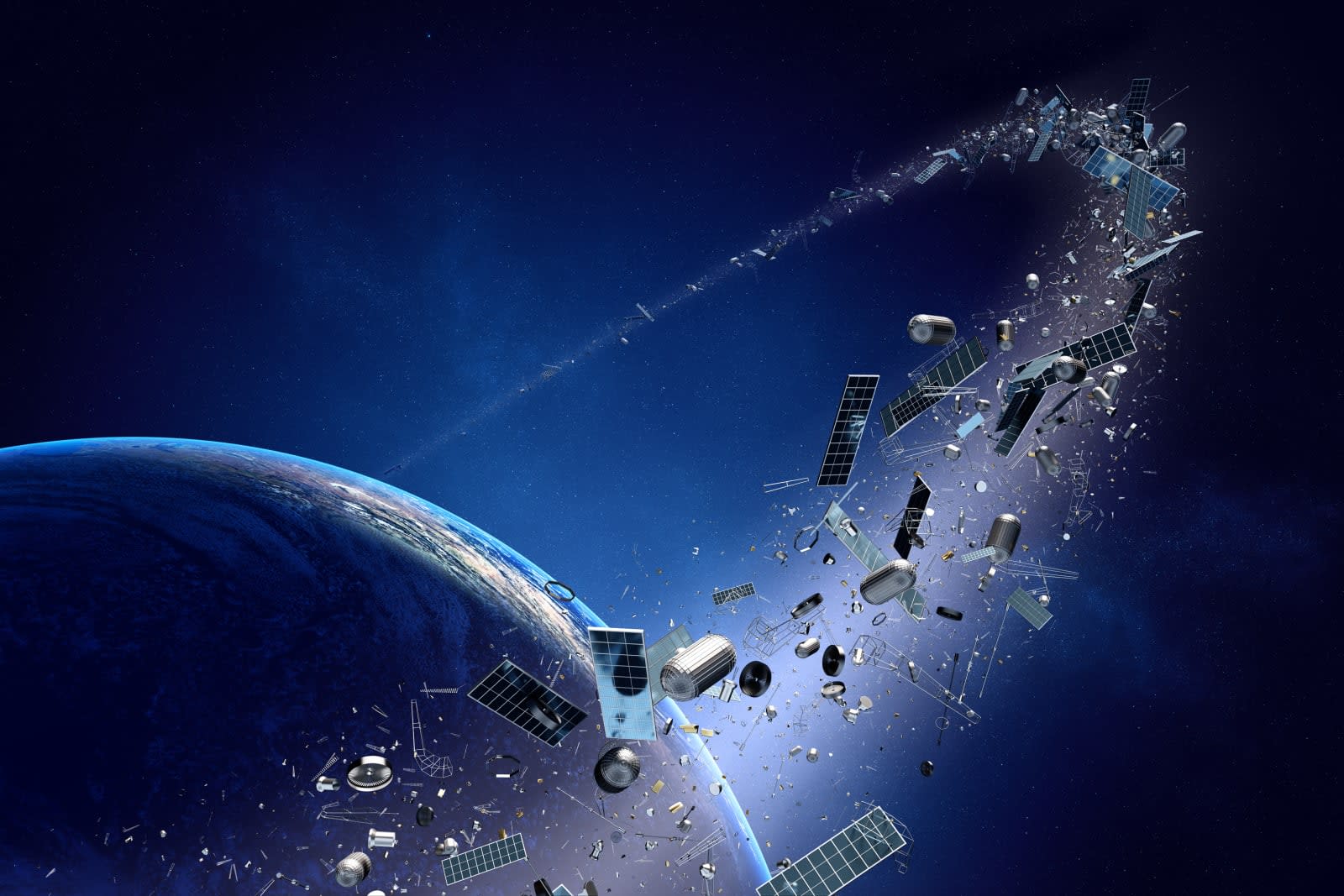 There have been more than a few proposals for eliminating space junk, such as grabbing it, gobbling it and blasting it from Earth. The latest idea, however, may be the most dramatic... and the most effective. Chinese researchers have successfully simulated an orbital laser station that would zap small debris (under 4 inches long). The system would zap targets with 20 bursts of light per second for 2 minutes, either deflecting the junk out of harm's way or sending it to a fiery end in the atmosphere.

The team has determined that it would be logistically feasible to launch stations like this. However, it's not just a simple matter of building them -- there are numerous questions to be answered. How many of these stations would you need, and where? Who builds them? And if China builds them, how does it reassure other countries that this is strictly for space junk rather than a weapon? This could easily require a significant amount of planning and international collaboration before it becomes more than a simulation.

Still, there's plenty of incentive to make this happen. Space debris is becoming a serious problem, to the point where International Space Station crew members had to be ready to abandon ship. This won't get rid of entire dead satellites and other large junk, but it could get rid of the many, many tiny objects that threaten active spacecraft.

In this article: gear, laser, science, space, spacedebris, spacejunk
All products recommended by Engadget are selected by our editorial team, independent of our parent company. Some of our stories include affiliate links. If you buy something through one of these links, we may earn an affiliate commission.