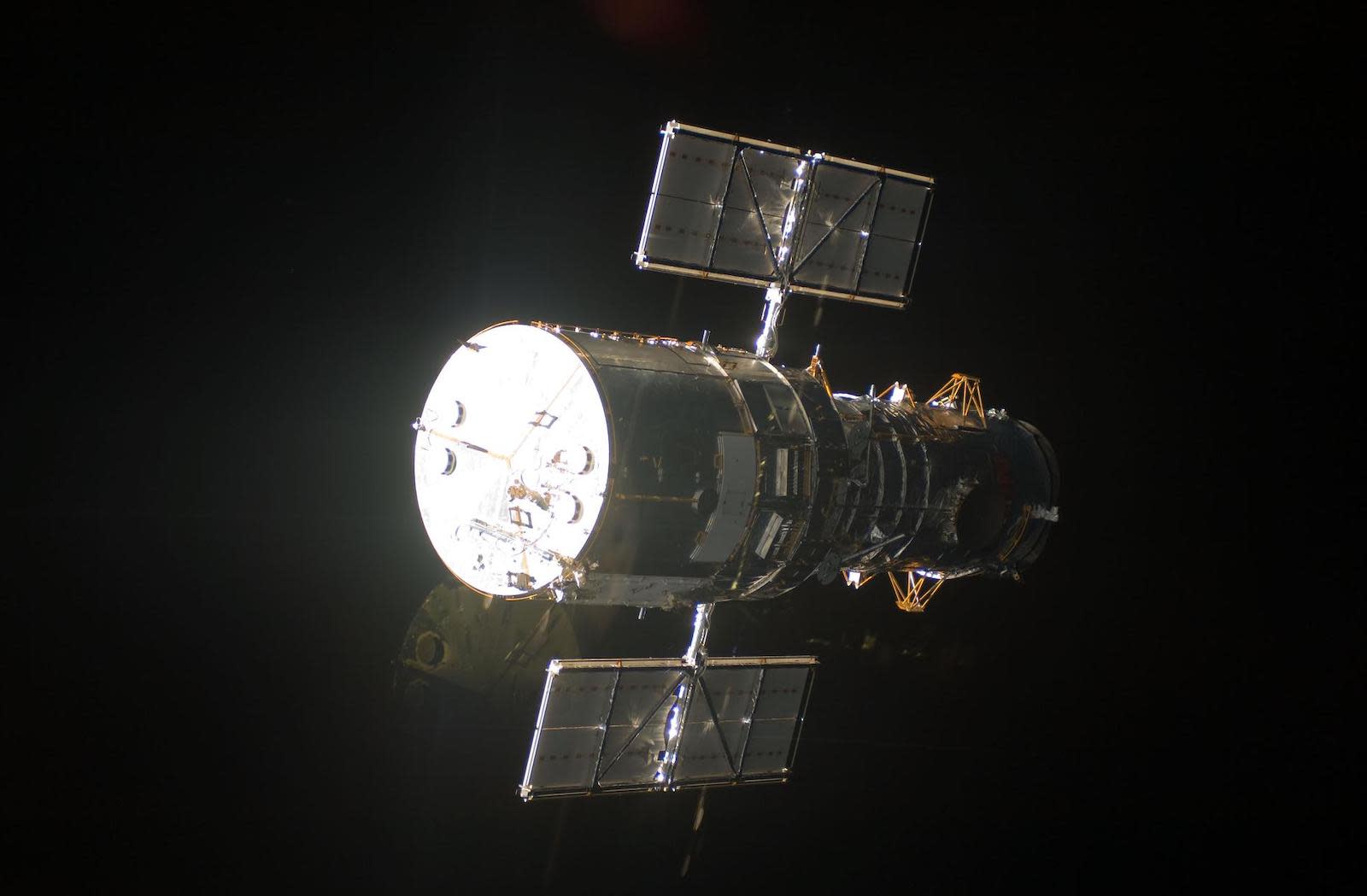 The Hubble Space Telescope has advanced our understanding of the universe immeasurably since it was first deployed to low Earth orbit in 1990. It's impossible to overemphasize just how valuable it has been to scientists. But now, the space-based observatory is in trouble. The NASA Hubble Twitter account announced that on Friday, the Hubble Space Telescope went into safe mode after a gyroscope, used to point and stabilize the observatory, failed.

The Hubble team is working to resume science after Hubble entered safe mode due to 1 of 3 gyros failing. Analysis and testing on the backup gyro are ongoing to determine why it is not performing as expected. For more info: https://t.co/T72X4pjLPI

Hubble has six gyroscopes it uses to point itself and keep itself steady for observations. It can operate without one of them. Even two doesn't present a crippling failure for the telescope. The problem is that Hubble has only been operating with three of its gyroscopes up to now, the minimum needed for optimal functioning. Now it's down to two.

The current plan, according to Dr. Rachel Osten, the deputy mission head for the observatory, is to try and revive a previously failed gyroscope to replace this new failure. Unfortunately, that could take weeks to accomplish, which means the telescope will stay in safe mode until the team is able to troubleshoot the gyroscope. It's worth noting that the gyroscope failure wasn't unexpected; the problem is how to deal with it.

It's true. Very stressful weekend. Right now HST is in safe mode while we figure out what to do. Another gyro failed. First step is try to bring back the last gyro, which had been off, and is being problematic.

If the team can't get one of the other gyroscopes up and running, then Dr. Oster explains that they will take Hubble down to one gyroscope. She makes it clear that, at this point, there isn't much difference between pointing with two gyroscopes and one, and this way the team can extend the life of the telescope as long as possible. However, this will impact the ability to point and stabilize the telescope, especially for long periods of time.

It's not a difficult decision, @astrogrant: the plan has always been to drop to 1-gyro mode when two remain. There isn't much difference between 2- and 1, and it buys lots of extra observing time. Which the Astro community wants desperately.

The Hubble Space Telescope was last serviced in 2009, when all six of its gyroscopes were replaced, and it was expected to last until 2015. But the groundbreaking space observatory has continued to operate past that point, and NASA is committed to keeping it going as long as it can. Hubble's replacement, the James Webb Space Telescope, was supposed to be in space by now, but various construction and assembly problems have delayed its launch until 2021. Let's hope Hubble can hold out until then, if not longer.

Update, October 9th, 9:15 AM: NASA issued a press release about the Hubble situation yesterday, making it clear that the situation is serious but not grave, even if the team can't get the third gyro up and running again. "While reduced-gyro mode offers less sky coverage at any particular time, there is relatively limited impact on the overall scientific capabilities," the release said.

In this article: hubble, HubbleSpaceTelescope, JamesWebbSpaceTelescope, space, tomorrow
All products recommended by Engadget are selected by our editorial team, independent of our parent company. Some of our stories include affiliate links. If you buy something through one of these links, we may earn an affiliate commission.