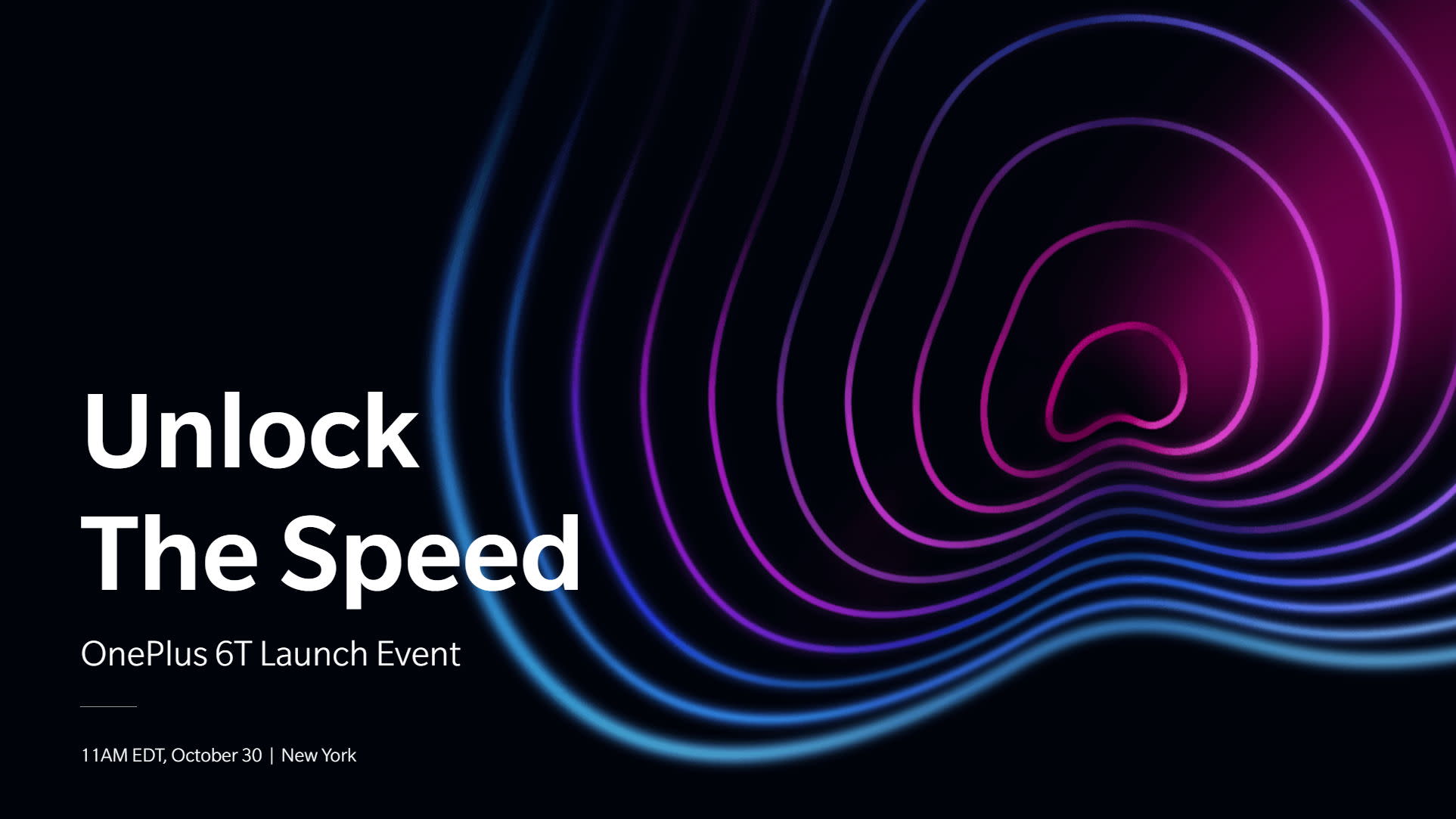 The OnePlus 6T, a more high-tech version of the OnePlus 6, will launch on October 30th, the company announced. It's expected to pack an in-display fingerprint sensor and feature a much smaller notch than Apple's latest iPhones and (apparently) the Google Pixel 3XL. On the downside, it will apparently lose the 3.5mm headphone jack, forcing you to either adapt the USB-C connector or use OnePlus' upcoming USB-C Bullets V2 earphones.

If the rumor is accurate, the in-display fingerprint scanner would be a rare feature only found on several Vivo and Xiaomi models, along with Huawei's pricey Porsche Design Mate RS. The phone will supposedly also feature a face unlock feature, also no mean feat considering that there's only room for a front-facing camera and no other sensors thanks to the (reportedly) smaller notch.

Otherwise, the device is expected to have largely the same specs as the OnePlus 6, which is a good thing. We called it a near-perfect smartphone, thanks to the much-improved camera, snappy performance, long battery life and very decent $529 price. The OnePlus 6T will be unveiled at 11AM on October 30th in New York City.

In this article: FingerprintScanner, gear, HeadphoneJack, In-Display, Launch, mobile, Notch, OnePlus, OnePlus6T
All products recommended by Engadget are selected by our editorial team, independent of our parent company. Some of our stories include affiliate links. If you buy something through one of these links, we may earn an affiliate commission.