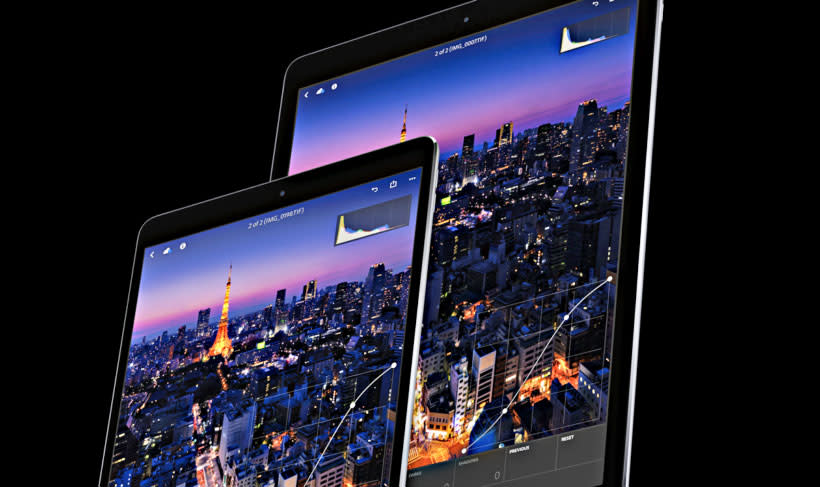 Apple's iOS 12.1 release back in September hinted at a new iPad launch before the year is out, and now new details have emerged on exactly what the device might look like. According to 9to5mac, sources familiar with the development of the new 2018 iPad Pro have revealed there will be two WiFi and two LTE models in both size options.

The new iPad will also likely come with Face ID, using the same signal processor as the iPhone XS, XS Max and XR, and it'll work in both portrait and landscape mode. It'll have an edge-to-edge display and, like the iPhone, it's doing away with the Home Button -- and it won't have a notch. Other features include a USB-C port (so it'll be able to output 4K HDR video to external displays) and a magnetic connector for accessories. 9to5mac also reports a new version of the Apple Pencil will be released in conjunction with the new iPad, and will be paired to the device by proximity, like AirPods or HomePod.

It had been speculated that Apple would reveal the new iPad models at its September event. Now, it seems likely there will be an announcement in the coming weeks -- one which will probably include details on new Macs, too. The holiday season is a lucrative time for the company, so it'll want to position itself in the minds of shoppers good and early.

In this article: 2018, apple, ApplePencil, av, FaceID, gadgetry, gadgets, gear, iPad, iPadPro, Mac, personal computing, personalcomputing, USBC
All products recommended by Engadget are selected by our editorial team, independent of our parent company. Some of our stories include affiliate links. If you buy something through one of these links, we may earn an affiliate commission.