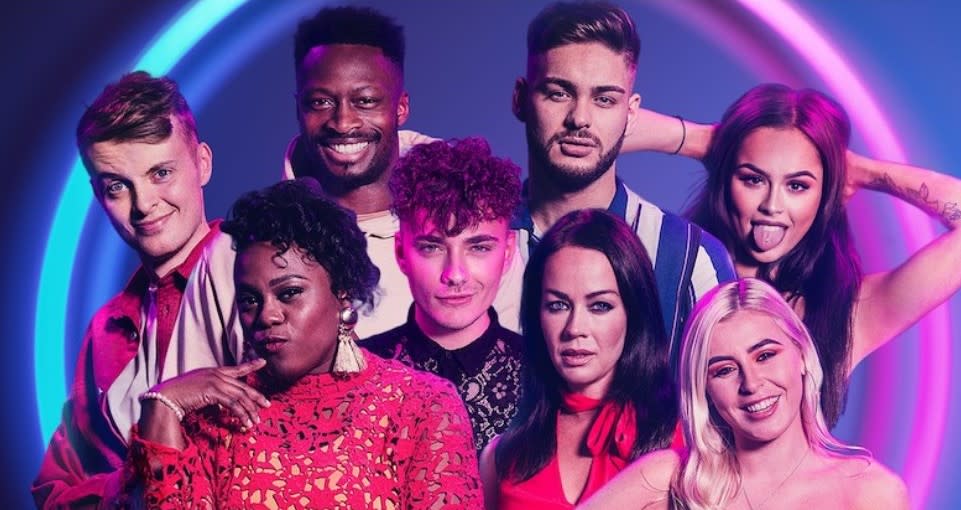 Social media-inspired reality TV show The Circle is coming to Netflix. First launched in the UK in September, the unscripted show sees eight people kept in isolation, only able to communicate with one another through The Circle, a faux-social media platform. A popularity contest ensues, and one by one the players are "blocked" by the group, with the last person standing winning a hefty cash prize.

Like Big Brother, The Circle is billed as an edgy social experiment -- one that's particularly pertinent in this age of digital everything. And in theory, it is. The internet can be a nefarious place, so a peek inside the minds of reward-driven catfishers should technically make for compulsive viewing. But as we've already discussed in our comprehensive Hot Take, the way the players interact on The Circle bears no resemblance to the way people use social media in real life. So really, it's less about social media, and more about made-for-TV personalities screeching baffling sentences like "EL-O-EL WINKY EMOJI HASHTAG BANTS SEND" to nobody in particular, like demented hyenas.

Still, that might be your thing. In which case, you'll soon be able to catch three all-new local versions of the show on Netflix, featuring players from three different countries, including the US. No word yet on when it will arrive, but you could get yourself hyped up in the meantime by installing studio lighting in your lounge and shouting incoherently at your TV.

In this article: av, Channel4, entertainment, internet, Netflix, realityTV, show, SocialMedia, TheCircle
All products recommended by Engadget are selected by our editorial team, independent of our parent company. Some of our stories include affiliate links. If you buy something through one of these links, we may earn an affiliate commission.