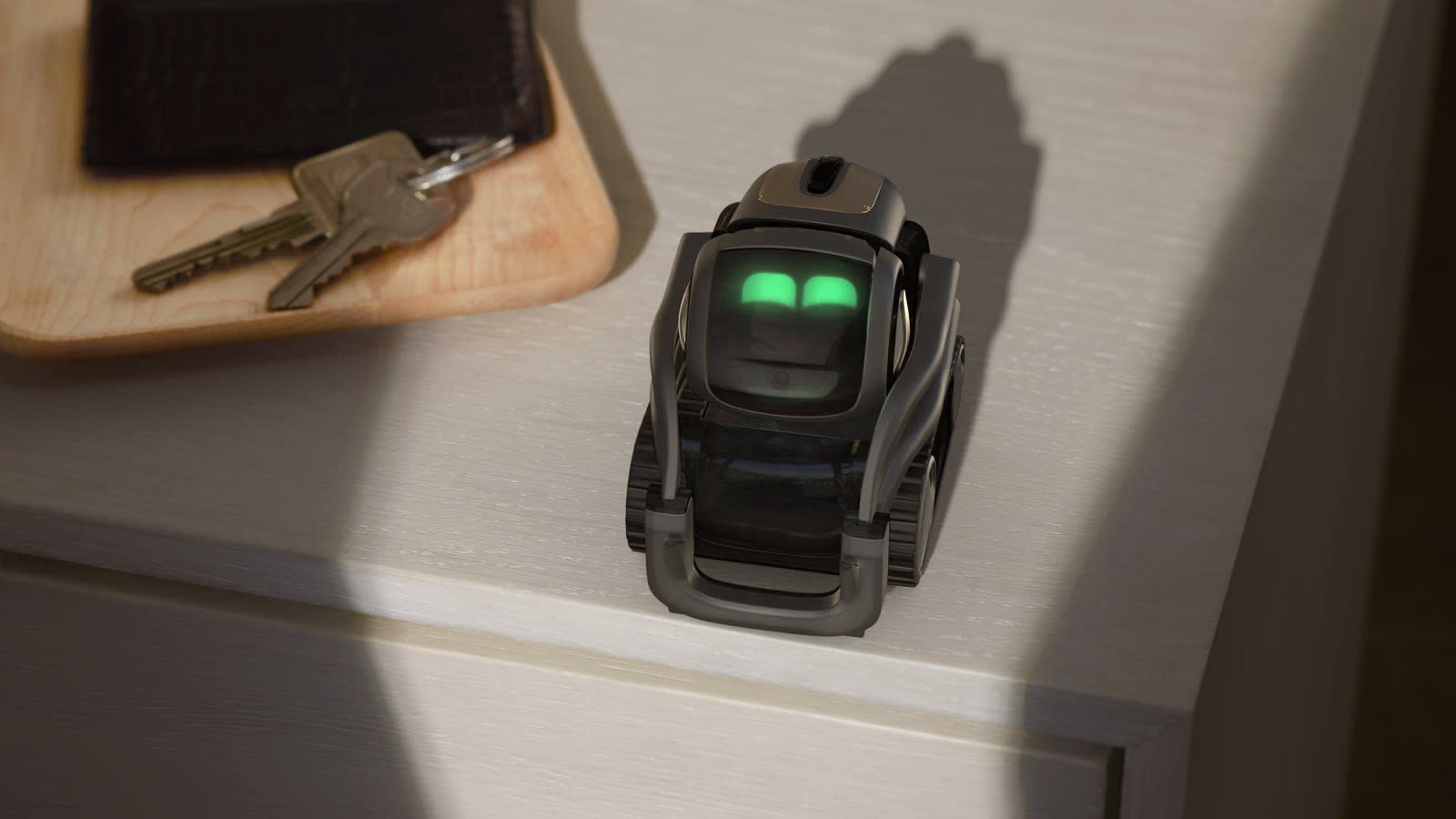 Anki's Vector, the $2 million Kickstarter darling, is out today, and he's ready to be your best friend. Vector is the follow-up to Anki's first Robot, Cozmo. While Cozmo was more focused on being a toy for kids, Vector aims to be a robot assistant. It will even have Alexa integration by the end of the year, giving it access to a larger trove of information to be able to answer more questions.

Vector's defining characteristic are its large, expressive eyes. The Wall-E-esque nature of the robot gives it an adorable personality. And even while you're typing away at your desk, Vector will be doing its own thing, exploring and messing around. It can even do tricks, like pop a wheelie.

Vector has a front-facing camera that can recognize your face, as well as a four-microphone array on top for voice commands. And whenever Vector runs low on battery, he'll truck on over to a charging port and juice up.

Anki will be updating Vector throughout its lifespan. The company plans to add additional features like delivering messages to contacts, pet detection, music recognition, smart home integration, and Tile support.

Vector and the Vector Space, a small plastic plate for your robot buddy to hang around in, is available for $250 and $30 respective on Anki's official website. Vector can also be purchased on Amazon and Best Buy.

In this article: amazon, anki, ankivector, bestbuy, cozmo, gadgetry, gadgets, gear, release, releasedate, TL19RBTBDY, vector
All products recommended by Engadget are selected by our editorial team, independent of our parent company. Some of our stories include affiliate links. If you buy something through one of these links, we may earn an affiliate commission.