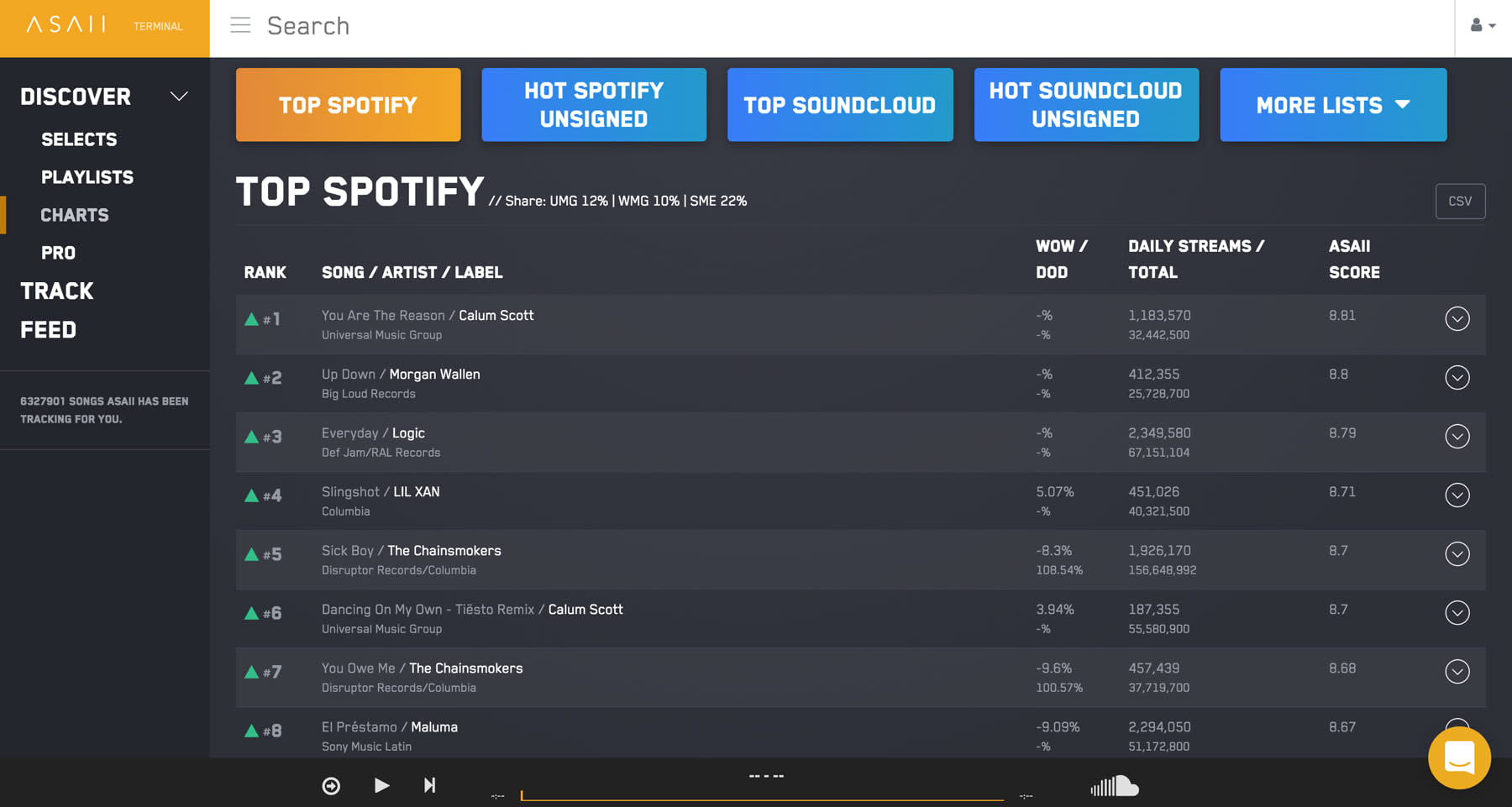 Apple wants to know what the next big thing is before you do, which is why it's purchased Asaii. The startup is a digital talent scout that's designed to find the Beyoncés of tomorrow before anyone else. According to Axios, Apple spent less than $100 million to snap up the firm, which calls itself an "automated A&R and music analytics platform."

Asaii is a California-based company that uses algorithms to bring a level of meritocracy to the way artists are found, and signed. Its algorithms scrub through catalogs of unsigned artists from platforms like Soundcloud, and looks for potential hits. According to its website, Asaii claims that it can find a hot new artist "10 weeks before they chart." In September, Asaii tweeted that it was planning to shut down October 14th, and an early investor confirmed the deal to Musically.

It's been a ride! 👋 pic.twitter.com/Atw6AZlhp6

As the music industry transitions toward streaming as a key source of revenue, music labels need to change how and when they scout for new talent. After all, YouTube and other social media platforms have reduced the power of executives to dictate what gets the backing of a major label. But waiting for something to go viral forces the labels into becoming reactive, rather than proactive, and that means diminished profits.

Apple and Spotify, meanwhile, have a vested interest in becoming talent scouts, because it cuts out the traditional label structure. After all, what's cheaper, allowing up-and-coming artists to upload music direct to their platforms, or licensing deals with Sony, Universal, Warner and EMI? It's clear this is where Apple is putting its energies, between the purchase of this, Shazam and Semetric, the company is going in hard for music analytics.

Update: 10/16/2018 4:25am TechCrunch is reporting that Apple may not have actually acquired Asaii so much as its employees. The company's three founders are all now said to be working on Apple Music, although we'd presume that they have been tasked with developing a similar product.

In this article: A&R, Acqusiition, apple, Asaii, av, gear, Music, Shazam, TalentScout
All products recommended by Engadget are selected by our editorial team, independent of our parent company. Some of our stories include affiliate links. If you buy something through one of these links, we may earn an affiliate commission.