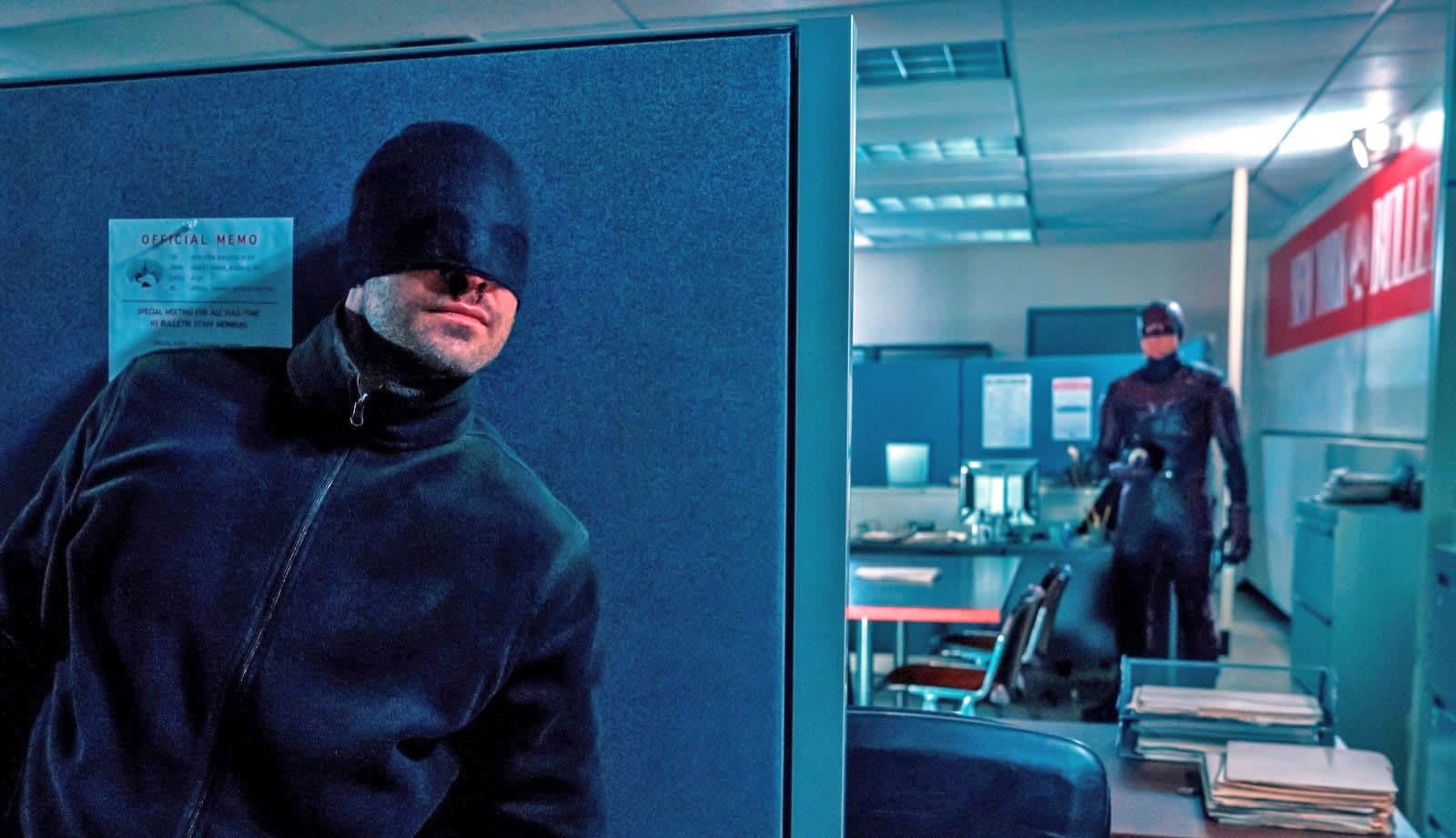 We just found out that Iron Fist won't be back for another round, but it's already time for season three of Daredevil on Netflix this week. Other streaming highlights include a second season of Lore on Amazon Prime as well as part two of Netflix's Making a Murderer. Ant-Man and the Wasp makes its 4K Blu-ray debut, while games can check out SoulCalibur VI as well as the Dark Souls Trilogy on PS4 and Xbox One. For sports fans, this weekend Formula 1 comes to the US, while the NBA begins its regular season action. Look after the break to check out each day's highlights, including trailers and let us know what you think (or what we missed).