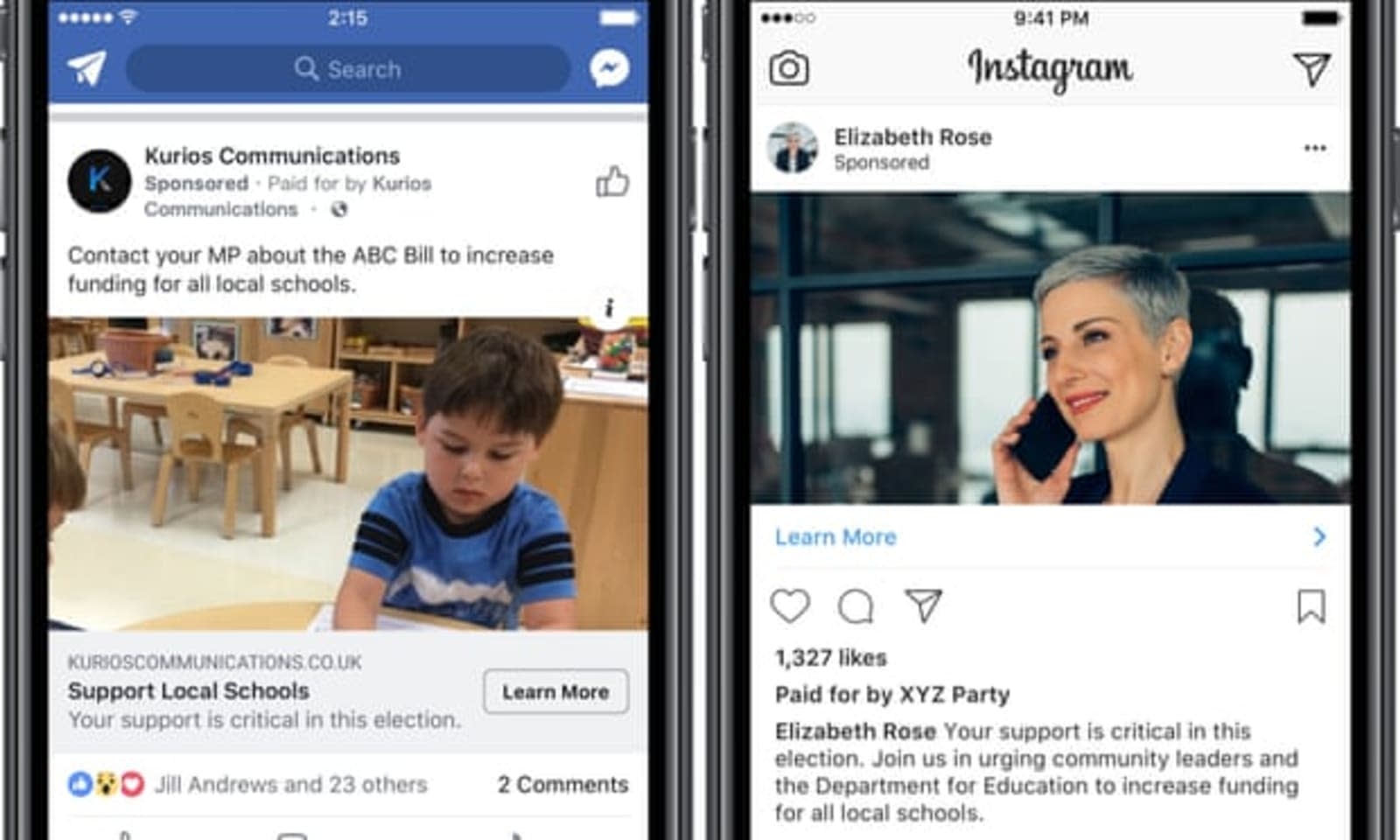 Facebook is pushing its transparency agenda again, this time with the introduction of a tool that reveals information about political ads in the UK. From today, all advertisers that run ads in the UK referencing political figures and parties, elections and legislation before parliament will have to verify their location and identity, and the adverts will have to carry a "paid for by" disclaimer.

As Facebook says in a blog post detailing the move, "we know that there are bad actors that try to misuse our platform. By having people verify who they are, we believe it will help prevent abuse." You won't just see who's behind the advert, either. By clicking on the "paid for by" label, you'll be taken to the UK's own ad library, which reveals details on the ad's budget, the number of people it's reached, and other ads that page is running. The library is searchable, and can also be accessed by people without a Facebook account.

You'll also be given the option to report an advert if you believe it counts as political content, and hasn't been labeled. Facebook will review it, and if it appears to breach policy, it'll be taken down until the advertiser has completed the requisite authorisation process. Essentially, these are the same tools that have already been rolled out in the US and Brazil (which have not been without their own challenges).

However, unlike in the US, the British iteration will not require ads referencing general political issues to be labeled. So ads on Brexit, for example, will be flagged and made public in the ad library, but promotions on more general topics, such as immigration, won't. Facebook also won't reveal how the advert was targeted beyond broad demographics such as age, location and gender, so political advertisers will still be able to quietly focus their campaigns on specific individuals using keywords and interests.

So, it's not an ideal solution, but it is progress, albeit modest progress. Escalating political situations on both sides of the pond mean Facebook is in real jeopardy of falling foul of the same mistakes it made during the 2016 US Presidential election campaign -- and of course it still has a way to go in restoring public trust following the Cambridge Analytica scandal. But with Brexit imminent, and the midterms just around the corner, the question is whether these efforts may already be too late.

In this article: ads, advertising, Brazil, Brexit, campaign, demographics, entertainment, facebook, internet, library, midterms, politics, Russia, security, services, targeted, transparency, UK, USA
All products recommended by Engadget are selected by our editorial team, independent of our parent company. Some of our stories include affiliate links. If you buy something through one of these links, we may earn an affiliate commission.