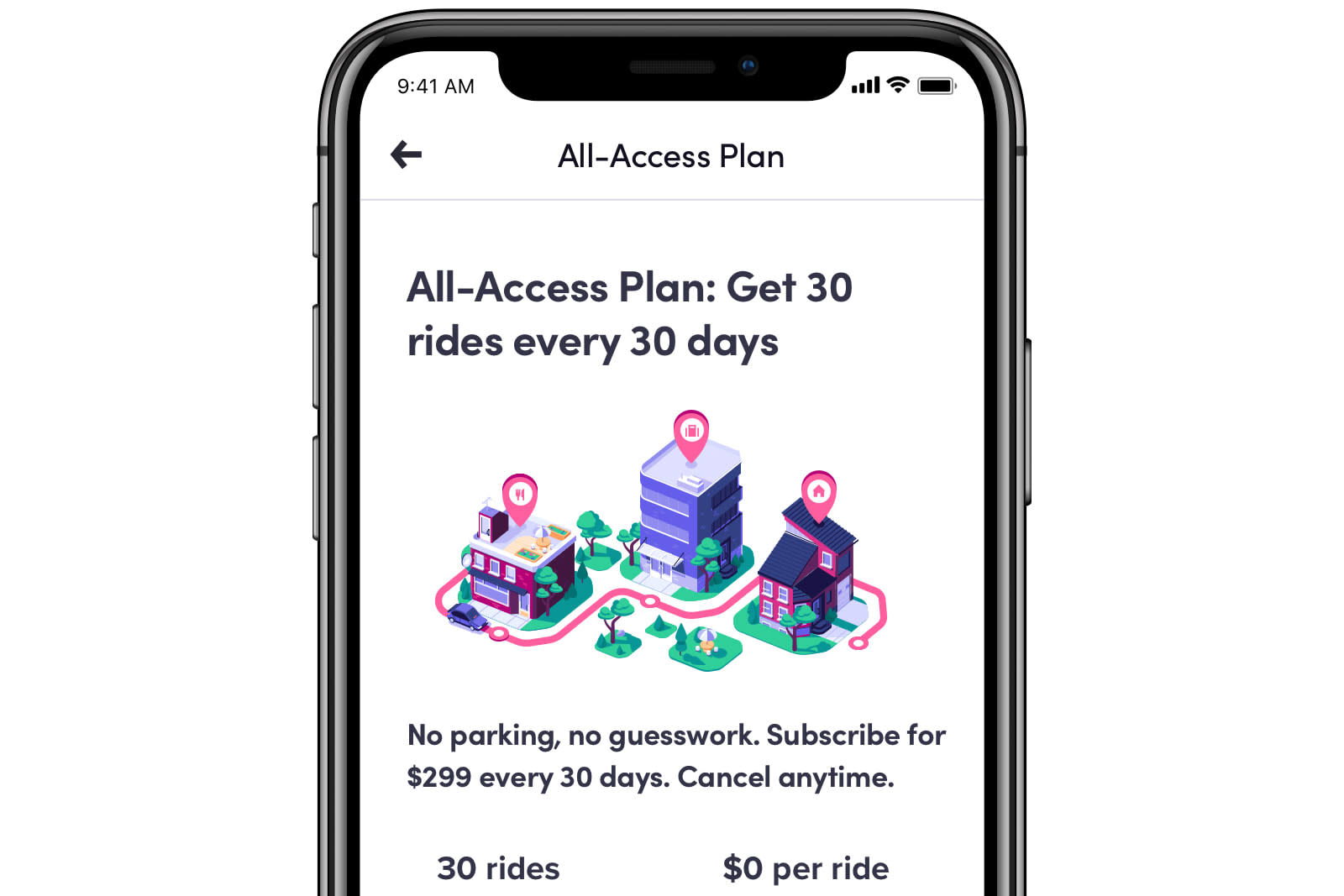 Lyft's fledgling subscription service is no longer an experiment. The ridesharing company's All-Access Plan is now widely available in the US, potentially saving you money if you regularly hail cars to get from A to B. In its finished form, the plan has you paying $299 per month to get 30 'free' trips of any type worth up to $15 each (you pay the difference above that), with a 5 percent discount on additional journeys. You can sign up for the plan starting today, and it should be available to every American customer by the end of the week.

That's a gigantic amount to pay per month, but Lyft is wagering that it's ultimately less expensive than owning and maintaining a car. You might save as much as 59 percent a month, it claimed. You're also at the mercy of availability, but that won't necessarily be an issue if you live in a major urban area and would otherwise have to grapple with fuel, parking and repair costs.

The company positions this as part of its quest to reduce the need for personal car ownership and a way of freeing you from driving. Why pay extra and stress during your daily commute? It's also a shrewd business strategy, though. Like in other industries, subscriptions are a way of generating a steady stream of revenue from customers that might not spend so much if they had to pay per use. And importantly, it's a competitive weapon against Uber. If your rides typically cost between $10 to $15, you're saving money -- you'll be less likely to use Lyft's rival if you know you're getting a better deal.

In this article: all-access, gear, internet, lyft, lyftall-access, ridesharing, services, subscription, transportation
All products recommended by Engadget are selected by our editorial team, independent of our parent company. Some of our stories include affiliate links. If you buy something through one of these links, we may earn an affiliate commission.