When Mighty debuted last year, it delivered iPod Shuffle-like offline playback for Spotify users. In other words, it brought a tiny music player to the streaming generation. The original model mostly delivered on its promises, carrying more than 1000 songs so users could leave their phones behind on a run or during a workout. Mighty wasn't without its flaws though, and the company says it addressed many of the major hiccups with version 2.0, which is called the Mighty Vibe.

Don't let the name fool you, Mighty Vibe is very similar to that original device and still costs $86. At glance, the new version looks nearly identical to its predecessor, but there are some cosmetic changes. The most obvious is color. The original Mighty came in black, white or orange, but for the Mighty Vibe, you'll be able to choose from black, red or blue. 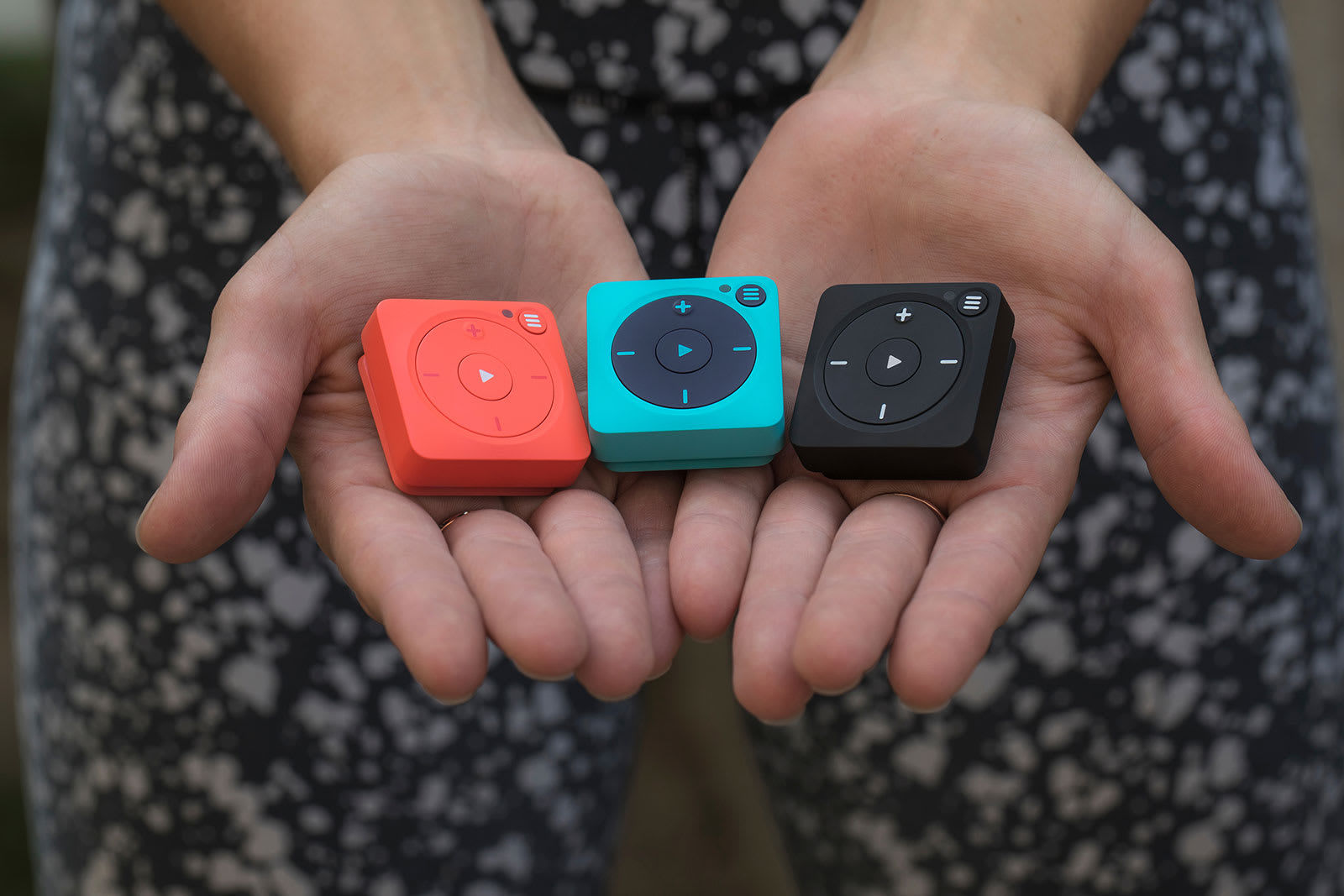 The main two changes inside the Mighty Vibe are connectivity and battery life. First, the company promises more reliable Bluetooth thanks to a new antenna. On the first model, you really had to keep Mighty close to your headphones if you wanted to maintain the connection. During my review, I got spotty connectivity when I moved the device to my pocket as opposed to being clipped on my shirt. It really wasn't ideal. However, in the few days I've had the Vibe, I can already tell the Bluetooth range is much improved (I've been testing with the Jabra Elite 65t). Not only can I carry it in my pocket, but I can leave it on my desk and walk to the next room without interruption. Mighty also says this new device works with all Bluetooth devices. There were a few audio gadgets the first model wouldn't play nice with.

In terms of battery life, Mighty says the Vibe offers five or more hours of playback on a charge. The five hour mark was advertised for the original device, but some users (like me) reported the actual time was less. The company listened and promises that the Vibe will more consistently hit that five-hour mark. I haven't spent enough time with the Vibe to thoroughly test the new battery claims, but I plan to do so during a full review. 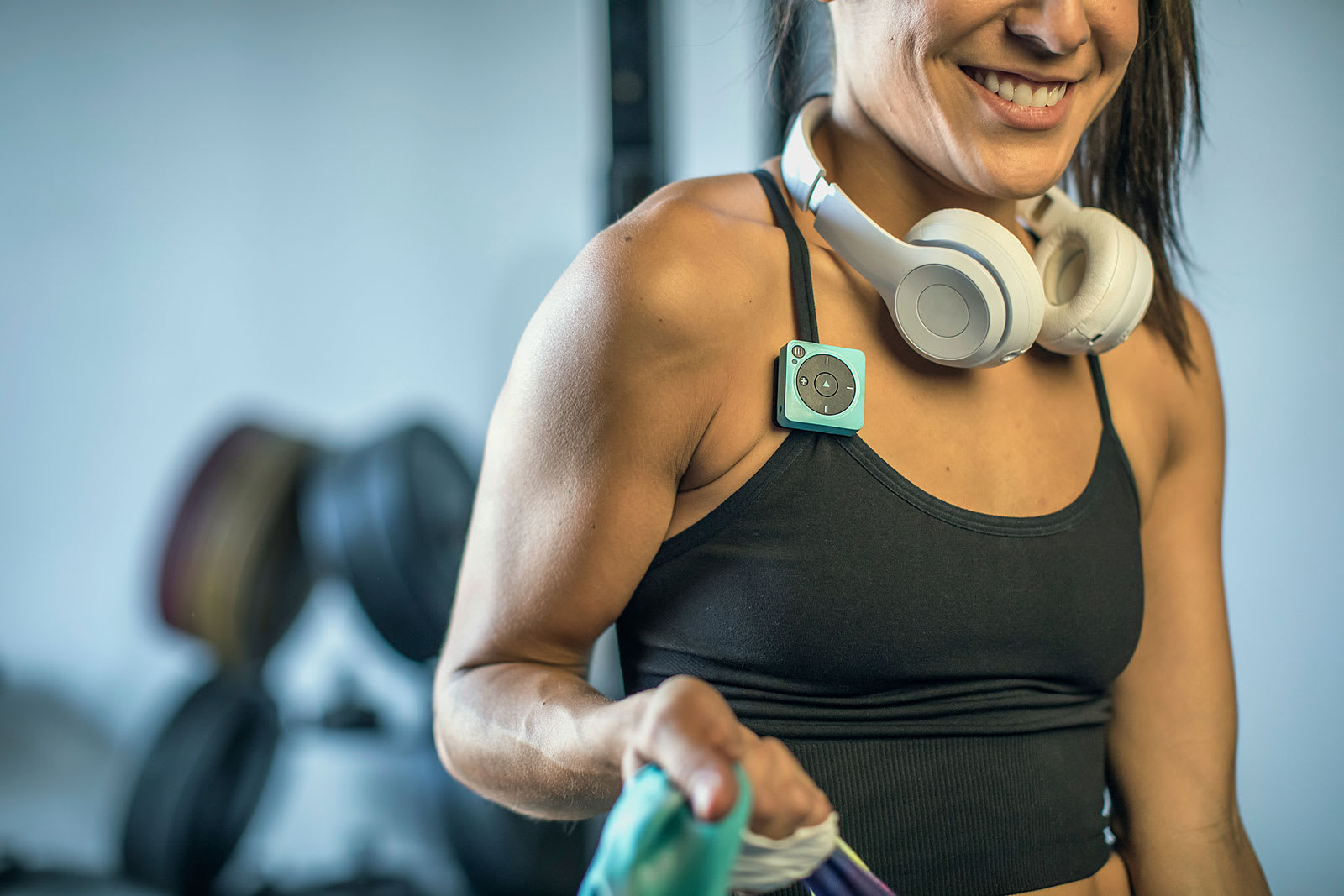 Since most of the heavy lifting is done inside the companion app for iOS and Android, Mighty is working on a new version of that software as well. It's not finished yet, but it should be ready by the end of October. When it is, a redesigned interface is said to offer a better overall experience. More specifically, the company has improved both the syncing process and pairing Bluetooth devices. The act of pairing headphones was a bit of a chore before, so a change there is certainly welcome. Some other new features that are in the works include EQ settings for making tweaks to the audio quality and spoken track and artist names. Right now, Mighty will tell you the name of the playlist, but it won't give you info on specific songs -- at least not yet.

After release of the first version, Mighty introduced the ability to sync podcasts from Spotify and a much-needed shuffle feature. The company established a solid track record for pushing regular updates and constantly adding new features, so there's no reason to doubt it won't do the same with the Vibe. Owners of the first model can expect to use the redesigned app as well as a firmware update that will improve Bluetooth and offer a modest increase in battery life. The "full enhanced experience" will be reserved for the Vibe.