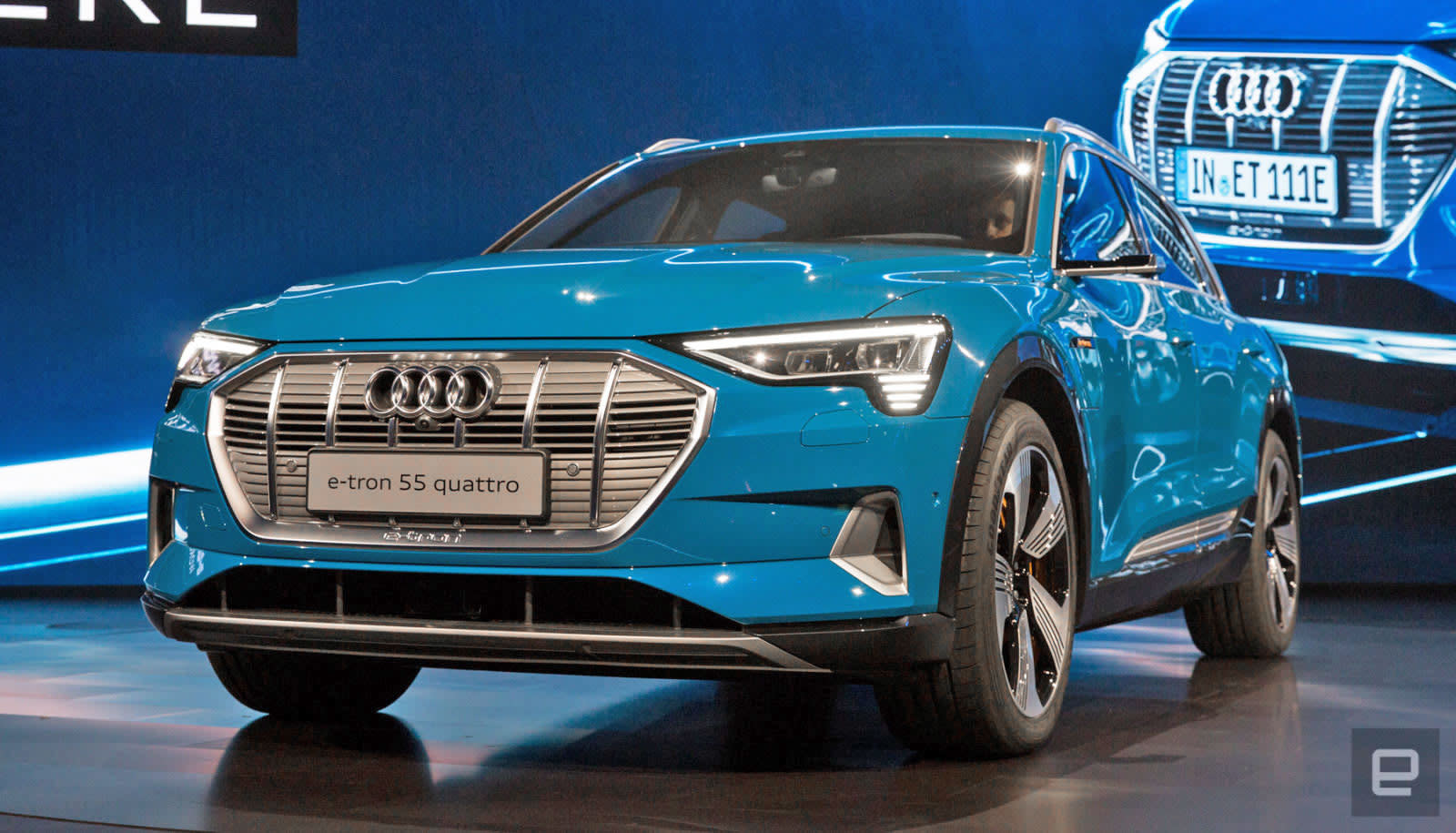 Audi's E-Tron SUV has seemingly been in development for ages, but you're going to have to wait longer still to see it on the road. The automaker has delayed the electric SUV's arrival by four weeks due a "software development issue," a spokesman told Reuters. Changes to an unnamed piece of software required that Audi ask for new security clearance. It's not a dramatic delay given that the E-Tron wasn't supposed to hit dealerships until the second quarter of 2019, but it's not doing any favors to Audi or early adopters. However, it could have been worse.

The response came after a Bild am Sonntag report (subscription required) broke word of the delay. Its sources claimed that the software problems could delay the E-Tron's debut by several months -- a big problem when Audi is trying to preempt the launch of Mercedes' EQC.

These might not be the only challenges, though. That same Bild piece claimed that Audi was embroiled in negotiations with LG Chem over the E-Tron's battery prices. LG reportedly wants to raise prices by 10 percent due to high demand, potentially affecting the EV's final sticker. Neither company would comment on the price dispute, but it could create further complications if it's accurate and there's an impasse.

In this article: audi, e-tron, electriccar, electricvehicle, ev, gear, suv, transportation
All products recommended by Engadget are selected by our editorial team, independent of our parent company. Some of our stories include affiliate links. If you buy something through one of these links, we may earn an affiliate commission.