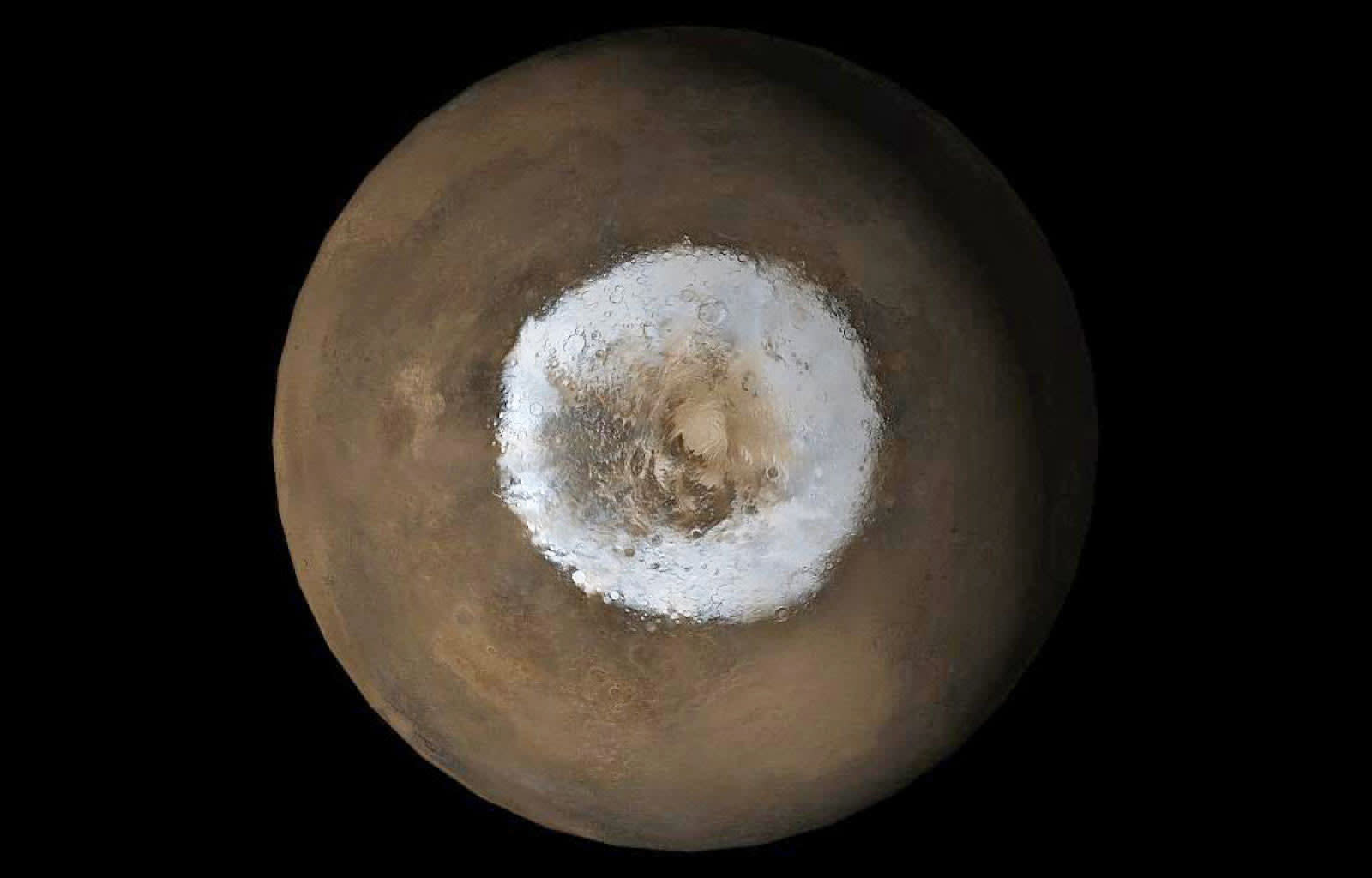 The possibility of life on Mars has been a tantalizing possibility for years, and recent discoveries have only increased excitement about whether we'll find life on the red planet. Now, a new study in Nature Geoscience posits that it's possible that Mars may have enough oxygen to harbor life under its surface.

The team was led by Vlada Stamenković from NASA's Jet Propulsion Laboratory (JPL), and their findings stemmed from two different discoveries. We know there's a possibility that there are subsurface lakes of briny water on Mars; one in particular may be located under the Martian polar ice cap. This means there's a lot of potential for oxygen within these lakes, if they exist.

Back in 2016, the Mars Curiosity rover discovered that Mars may once have had an oxygen-rich atmosphere, but the loss of its magnetic field meant that the bulk of its surface oxygen escaped. However, there is still oxygen within the planet's rocks which means that it may be present underneath the surface of the planet.

Given both these discoveries, the JPL-led team took a look at how much oxygen could exist in these subsurface briny lakes, and whether it would be enough to support life. The team found that it was indeed possible, especially in the polar regions because the lower temperatures in these regions means that it's easier for oxygen to enter these briny lakes.

There are a lot of caveats and unknowns with this research — after all, the existence of these briny subsurface lakes hasn't yet been proven. But it's the next step forward in showing how life could exist on the red planet, given what we think we know about Mars. What's more, it also shows us how life could exists on other planets without photosynthesis.

In this article: lifeonmars, mars, marscuriosity, marsrover, nasa, oxygen, space, tomorrow
All products recommended by Engadget are selected by our editorial team, independent of our parent company. Some of our stories include affiliate links. If you buy something through one of these links, we may earn an affiliate commission.