Samsung's case for buying an 8K TV: Why wait?

Future-proofing is troublesome when the future is uncertain.

Samsung and LG will forever be locked in a perpetual tug-of-war, and display tech is just one of the many fronts on which they tussle. Conference halls are their battleground, and at IFA this year, 8K TVs were their weapons. But where LG's model was a sneak peek at what may come to pass, Samsung's was ready to box up and sell. Speaking to Samsung execs this week, I asked them why on earth someone would by a 8K TV right now. Their case was simple: Why wouldn't they?

'Slow down Samsung, let's not get ahead of ourselves' has been the understandable, knee-jerk reaction. The obvious argument against 8K TVs is that there's nothing to take advantage of that resolution, barring content specifically shot to play on a loop and wow conference footfall. Samsung's Stuart Mayo, TV and audio marketing chief in the UK, tells me 8K movies and the like will be in your home much sooner than you might think -- somewhere between 18 months and two years from now, he estimates.

This isn't a figure plucked out of thin air, though. Films are being captured in 8K, such as Guardians of the Galaxy Vol. 2, so the cameras are already here. Last year, Vimeo added support for 8K streaming and Sharp began selling an 8K-ready receiver. Japanese broadcaster NHK is gearing up to deliver the Tokyo 2020 Olympics in 8K, and companies like NVIDIA are building powerful GPUs that allow editors to work easily with such high-resolution footage. 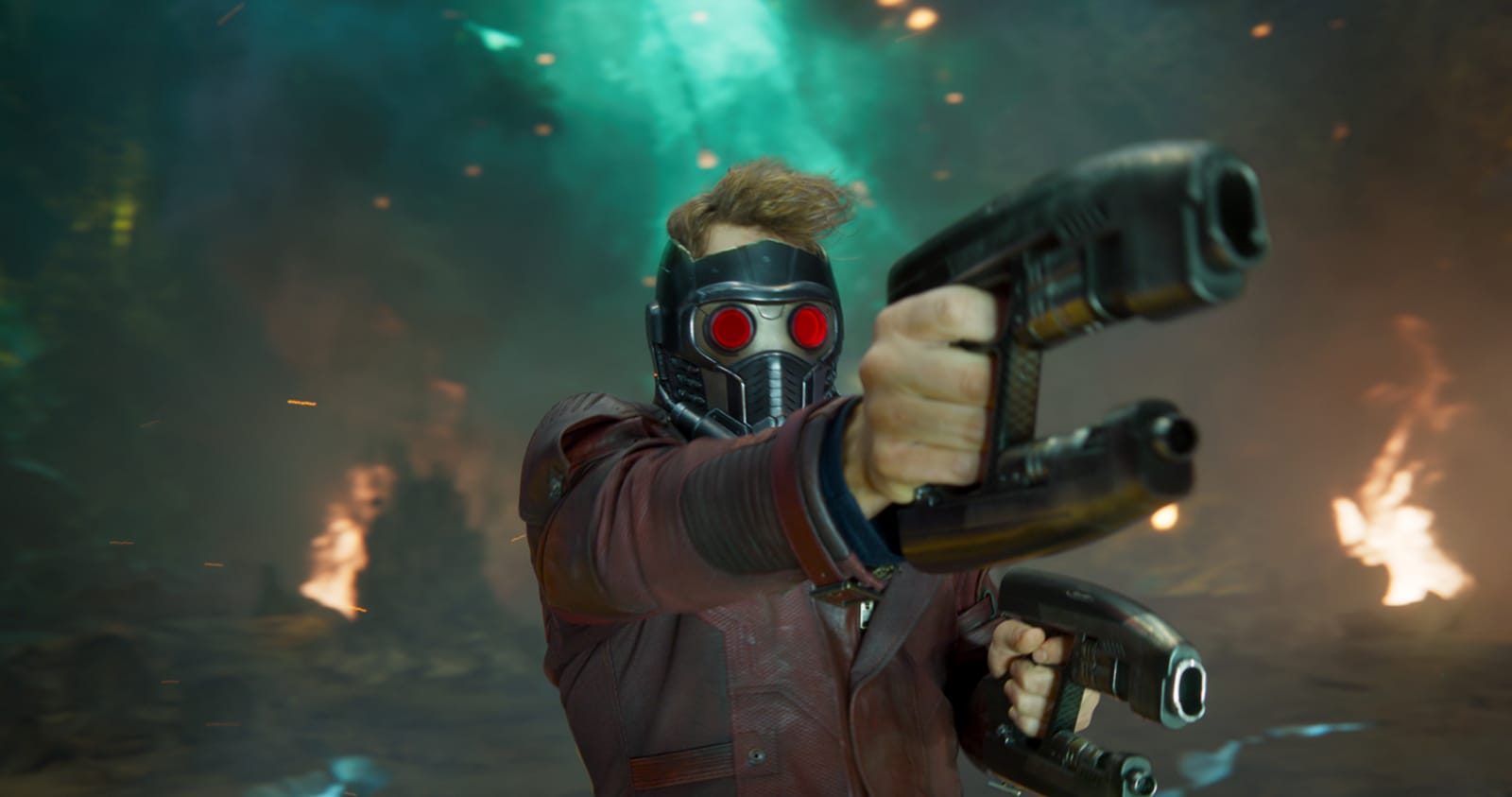 In the near future, 5G and ever-improving compression standards should also solve any problems with streaming 8K content to the average home. Just as with 4K, or HDR, taking 8K mainstream is a symbiotic effort across numerous hardware manufacturers, movie studios and broadcasters. As it stands, native 8K content is actually one the last pieces of the puzzle. Bothered or not, we're on the cusp.

This isn't exactly an incentive to buy an 8K TV right now, though. Even in lieu of compatible content, Samsung says its 8K sets still offer the best viewing experience money can buy, because resolution isn't everything. Part of this claim has to do with its upscaling technology, which makes anything from SD to 4K footage look... better. Using machine-learning -- or AI or whatever you want to call it -- the 8K TVs have been trained to know the difference between a cat, a rock and a wave. It has an idea of what things should look like, so it fills those surplus pixels in a way that's smarter than your average algorithm.

At the demo event, Samsung had various TVs set up to forcefully illustrate the point. On a 8K TV, 4K clips looked that little bit cleaner. On a 4K TV, the same clips had a sharper, grainier appearance. But without these clear analogies, it's unlikely you're going to notice the upscaling at work in your living room. 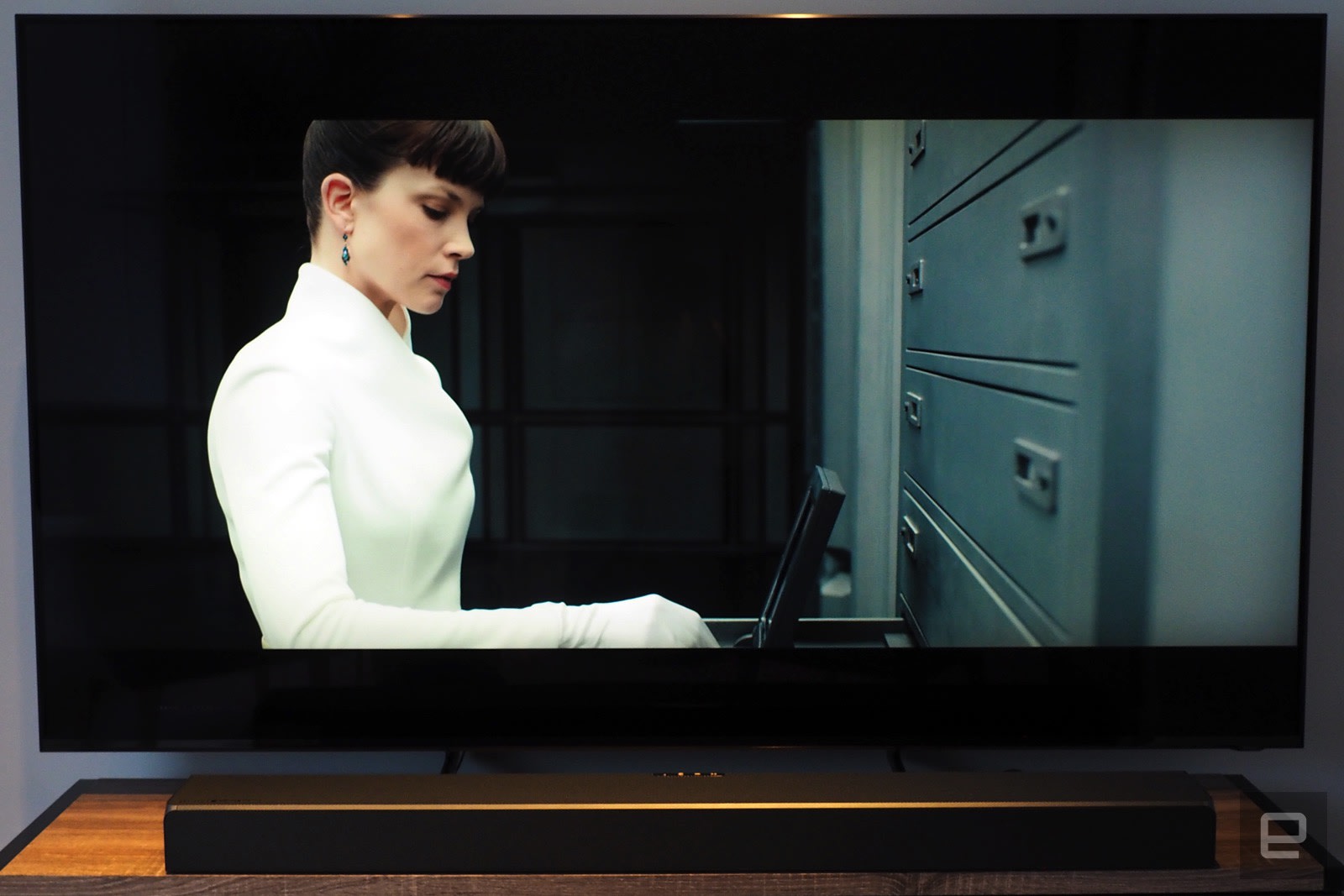 I watched the first half hour of Blade Runner 2049 on one of Samsung's 8K TVs and I wasn't more mesmerized than I have been sitting five feet from a 4K TV of equivalent size. Any improvement in picture quality is very subtle compared with, say, the stark contrast between 1080p and 4K. Upscaling doesn't feel like a persuasive enough substitute for native 8K content, at least for the average person.

The second USP is brightness. Samsung's 8K sets output at up to 4000 nits, double that of any other TV sold by the company. This is important, I was told, because some movies are beginning to be mastered at 4000 nits. Available brightness is important for contrast, and so the bright bits are actually as bright as they are intended to be. Realism, then, or rather a realistic representation of the source material without washing out color, is the point of this nit-speak.

Samsung's QLED tech is responsible for this. It's kind of a blend between OLED, which is renowned for its color saturation and deep blacks, and LCD. Where OLED panels make their own light, LCD screens are backlit and therefore, can be made brighter. QLED TVs are backlit, too, which means that theoretically, they can't quite produce the same deep blacks as their OLED counterparts. The blacks looked pretty inky on the 8K TV I sat in front of for an hour, mind. 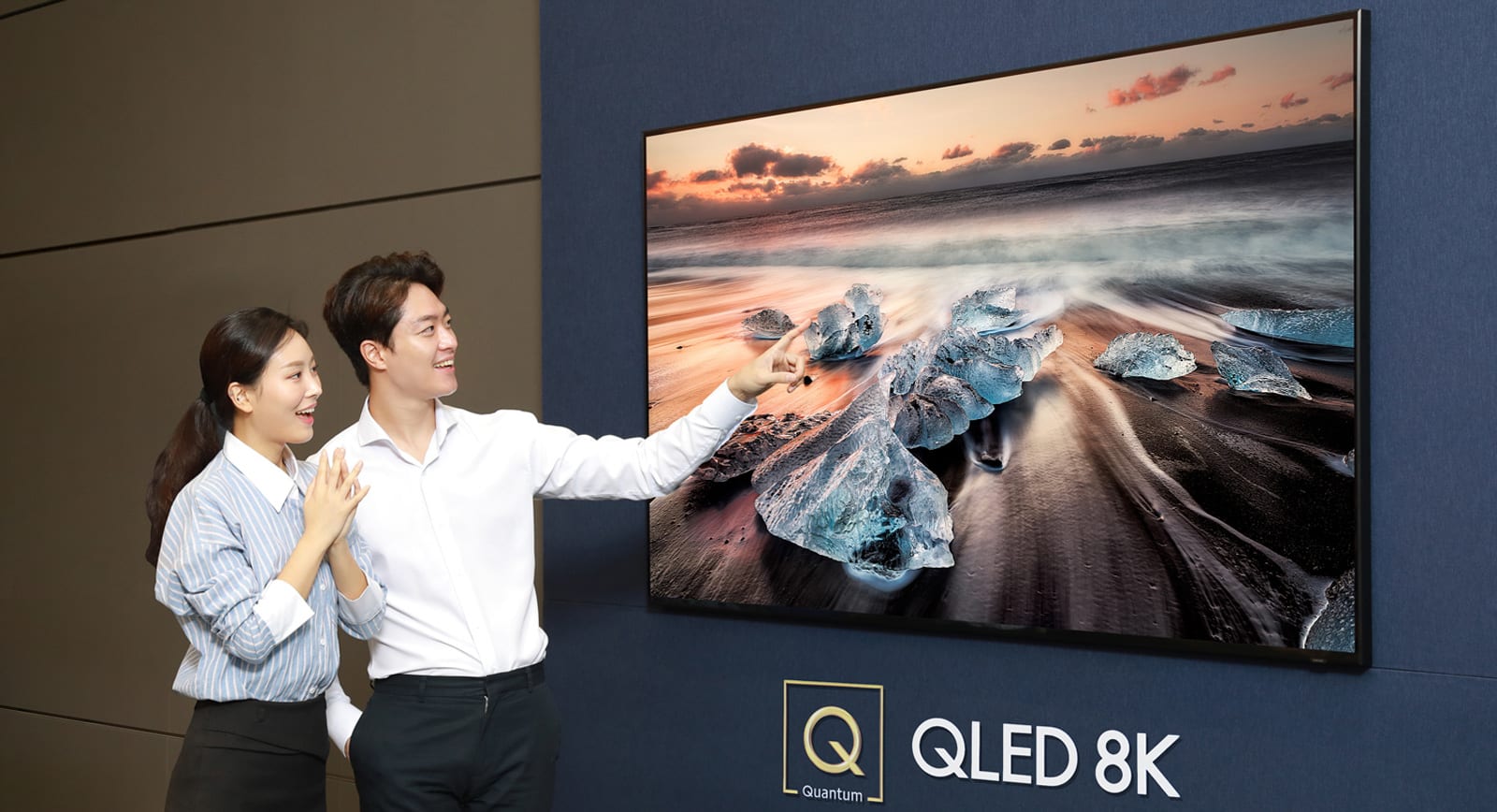 Neither the upscaling tech nor the available brightness left any lasting impression on me. They sound great on paper, though, and this alone might well be enough to sell videophiles on the 8K TVs. The added bonus, as Samsung spins it, is that you're also future-proofing yourself for when 8K actually becomes a thing in a few years' time.

Mayo tells me people tend to upgrade their TVs every five to seven years, and that by 2020, it's expected nearly 10 percent of all TVs sold will be 8K. Another interesting point is that the general preference is tending towards bigger and bigger screen sizes. Apparently, Samsung's sales of 75-inch TVs and above had tripled in the UK in the past year. Granted, it was probably a small number to begin with, but the bigger TVs get, the more spread out the pixels become. The higher resolution of 8K naturally fills in those gaps, thus maintaining the expected viewing experience. And that's where things starts to make a bit more sense. Not only is Samsung saying its 8K TVs are the best TVs around right now, and that they future-proof you for the resolution jump to come. The company's also saying to anyone currently thinking about buying a high-end 4K TV: Don't make a purchase you'll regret before you know it.

There's a certain irony in that, though, because being an early adopter comes with its own set of risks and potential regrets. Think of all the people who bought a 4K TV just before HDR became commonplace. 8K isn't even in what you'd call its infancy yet. In two years, what Samsung thought was future-proof might well be obsolete already.

All products recommended by Engadget are selected by our editorial team, independent of our parent company. Some of our stories include affiliate links. If you buy something through one of these links, we may earn an affiliate commission. All prices are correct at the time of publishing.
View All Comments
Samsung's case for buying an 8K TV: Why wait?