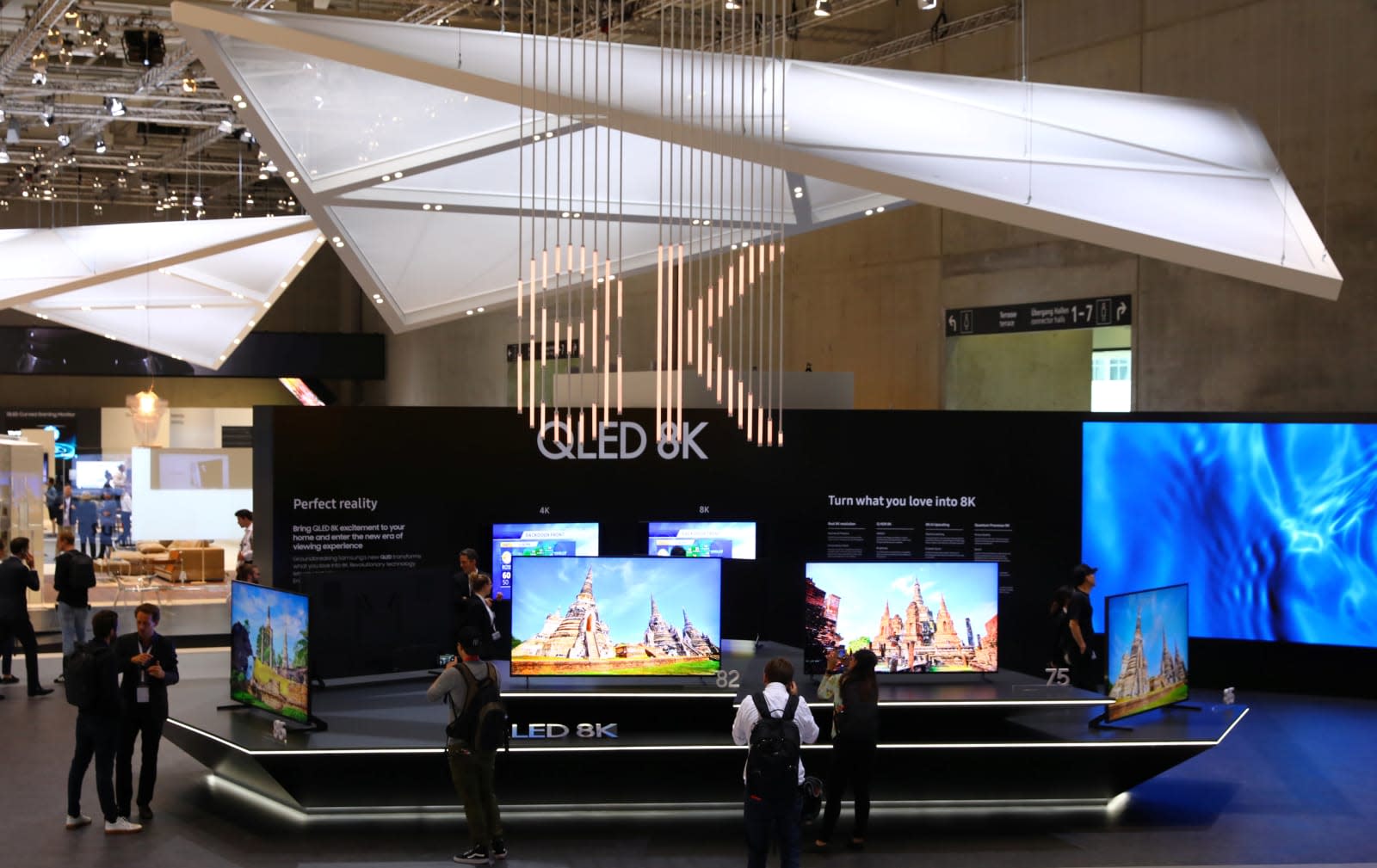 As we learned during IFA last month, the 8K hype train is here whether we're ready or not. In Japan everything is timed to coincide with the 2020 Summer Olympic Games in Tokyo, and as such broadcaster NHK is planning to kick off hybrid 4K/8K broadcasts beginning December 1st. Assuming you have access to an 8K TV or projector, you'll need a box to actually catch and process the Super Hi-Vision video signal, and fortunately Sharp has one ready to connect to its 8K TV that has been on sale since 2017.

There's no word on how much it will cost, but the box will be available in late November. NHK did some test runs of the technology in during the Rio Olympics in 2016, but this is just another step before any big commercial technology is released. Since TVs supporting newer standards like HDMI 2.1 aren't out yet (and the spec wasn't ready when those 8K TVs went on sale almost two years ago) plugging the box in for viewing will require four HDMI cables and a software update for the LC-70X500 Aquos 8K TV.

In this article: 4k, 8k, aquos, aquos8k, av, gear, japan, nhk, sharp, shv, SuperHi-vision, tomorrow
All products recommended by Engadget are selected by our editorial team, independent of our parent company. Some of our stories include affiliate links. If you buy something through one of these links, we may earn an affiliate commission.