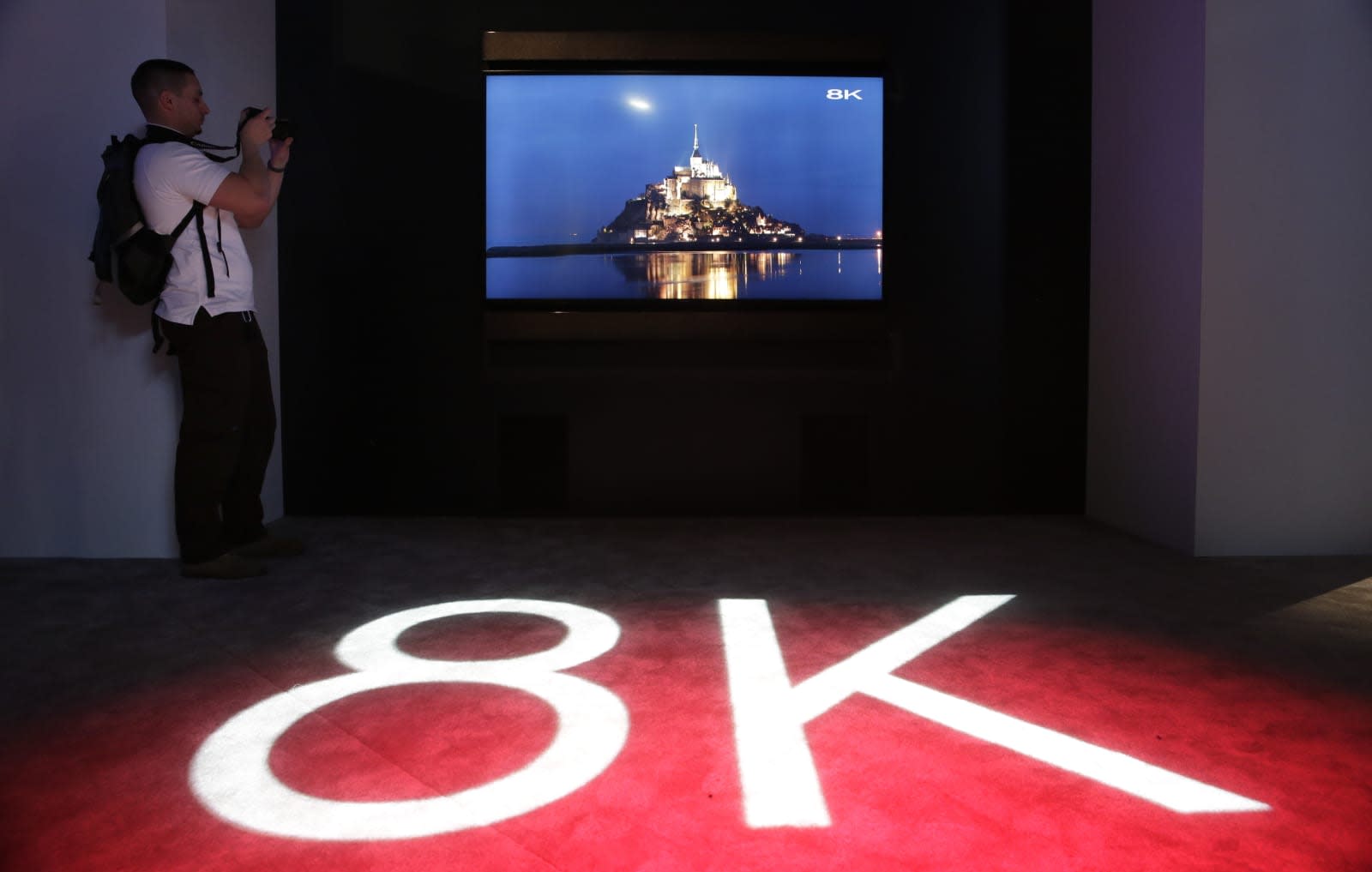 Just as we were getting used to Ultra HD 4K, Japan's NHK has kicked off its Super Hi-Vision broadcast tests, sending out 4K and 8K video via satellite. Unfortunately, there's no way to watch the super high res feeds and 22.2 channel sound at home -- even with a $130,000 8K TV -- but interested Japanese residents can check out tests of the feeds at several public locations in Tokyo and Osaka. NHK is using the Rio Olympics as a testbed for technology that it hopes to roll out first in 2018, and have ready for the public time for the 2020 Olympics in Japan.

According to the schedule, viewers can see pretaped clips including 8K test footage from the 2012 Olympics, and even a live broadcast (unlike the tape-delayed feed everyone in the US will get) of Rio's Opening Ceremony. Some events will require reservations, but there will be viewing on large projection screens and LCDs we've grown used to watching 8K on at CES. Last week several companies showed off 8K tech they're working on to support broadcasting and viewing at the Cable Tech Show 2016 in Japan, including Panasonic's 8K-ready cable and an 8K set-top box prototype from Pioneer.

In 2012 I saw an 8K test broadcast in Washingon DC delivered from London via Internet2, but I haven't heard about any public viewings set up for the 2016 games. Here in the US, the closest you'll probably come is a downscaled to 4K feed on tape-delay, provided by Comcast, DirecTV or Dish Network. Still, it's never too soon to start measuring an 85-inch space on your wall to fit an 8K display for proper Tokyo 2020 viewing.

In this article: 8K, av, gear, Japan, NHK, Rio2016, satellite, SummerOlympics, SuperHi-vision, TL188K, Tokyo2020, UHDTV
All products recommended by Engadget are selected by our editorial team, independent of our parent company. Some of our stories include affiliate links. If you buy something through one of these links, we may earn an affiliate commission.