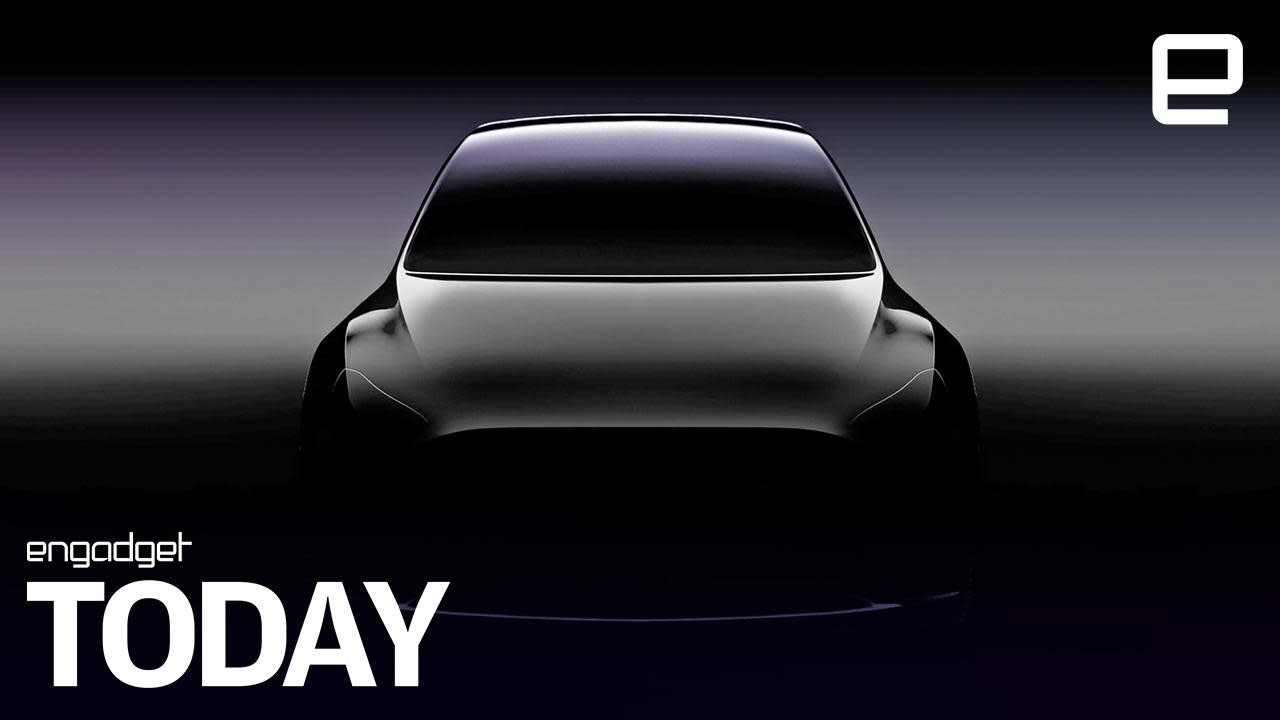 On Tesla's earnings call after announcing its first quarterly profit, CEO Elon Musk chatted about the company's upcoming products. While claiming it has "the most exciting product roadmap of any company on Earth," Musk mentioned the Model Y crossover EV we've only seen hints of so far, and said "I recently approved the prototype to go into production."

The vehicle is apparently still on track on a 2020 debut, which Musk has previously promised will bring about a "manufacturing revolution." Of course, Tesla also has its Semi and Roadster in development, and the CEO said he was "excited" about making a pickup truck. Oh, and that $35,000 Model 3? He said it's less than six months away.

In this article: AOLoriginals, crossover, DailyShow, electricvehicle, ElonMusk, Engadget, EngadgetToday, EngadgetVideo, Entertainment, EV, gear, modely, prototype, q3, q32018, Roadster, semi, tesla, teslamotors, transportation
All products recommended by Engadget are selected by our editorial team, independent of our parent company. Some of our stories include affiliate links. If you buy something through one of these links, we may earn an affiliate commission.