Get ready for a 3GB download before diving in.

We're close to the launch of Red Dead Redemption 2, but even if you've already preloaded the game on your Xbox One or PlayStation 4, there are a couple things you might want to be aware of. First, Rockstar has confirmed that there is a "Day-One Title Update" -- if you downloaded then it should be installed already, disc owners will have to wait though. It won't be required for play at launch (remember, there's no multiplayer until a beta test starts in November), but is recommended. It's full of improvements and bug fixes, and if you can spare a few minutes before checking out some ultra realistic horse poops, then it's probably worthwhile. The patch measures at just over 3GB on both consoles. 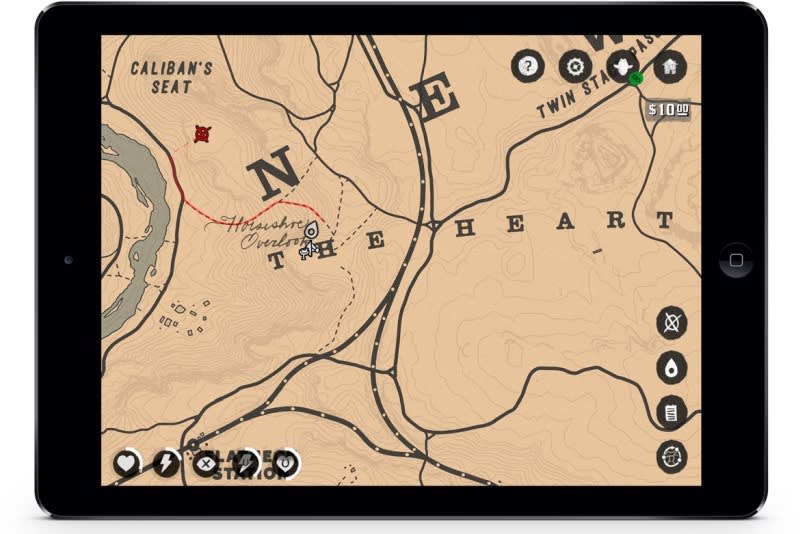 Also, while you're waiting for that to install, grab a nearby Android or iOS device and check to see if the game's companion app is available. Similar to the iFruit app that launched along with GTA V, Rockstar has developed a Red Dead Redemption 2 Companion App that connects to your game and updates in real-time. It has a map that will allow you to pan around and set waypoints to visit in the game, as well as keep track of your character's info and stats. According to the team, it has enough interaction that using it could allow a player to disable the in-game HUD entirely. The app is already live in Apple's App Store for iOS, and should be available soon on Android also. (Update: The app is now live in the Google Play store.)

The Red Dead Redemption 2 Companion connects directly with your PlayStation®4 and Xbox One® as you play to deliver a real-time interactive map with pan and zoom functions, helping your exploration and discovery throughout the expansive open-world. The Companion also delivers your in-game Journal, the full game manual, an optional comprehensive strategy guide and more.

Get a more immersive gameplay experience by turning off additional elements from your main gameplay screen such as the mini-map, player attributes and cash balance, and having them displayed exclusively in-app.

JOURNAL
Arthur Morgan keeps a detailed journal of his experiences. When connected to the game you'll be able to examine these entries and illustrations firsthand as new pages appear in the Journal.

THE COMPLETE OFFICIAL DIGITAL GUIDE
Your essential compendium for the deepest and most detailed Rockstar world yet, the Red Dead Redemption 2 Complete Official Guide by Piggyback® is packed with information about every aspect of Rockstar Games' epic tale of outlaw life in America's unforgiving heartland. This digital version, unlocked via a onetime in-app purchase, contains every page of the physical Standard Edition guide in beautiful high resolution along with interactive menus to make finding information quick and easy.

TRACK YOUR STATS & MORE
When connected to your Rockstar Games Social Club account you can also gain quick access to an online interactive visualization of your current progress towards 100% completion of the Story, the web version of the Wheeler and Rawson in-game catalog and important Red Dead Redemption 2 news and announcements.

All products recommended by Engadget are selected by our editorial team, independent of our parent company. Some of our stories include affiliate links. If you buy something through one of these links, we may earn an affiliate commission. All prices are correct at the time of publishing.
View All Comments
'Red Dead Redemption 2' launch comes with an update and an app