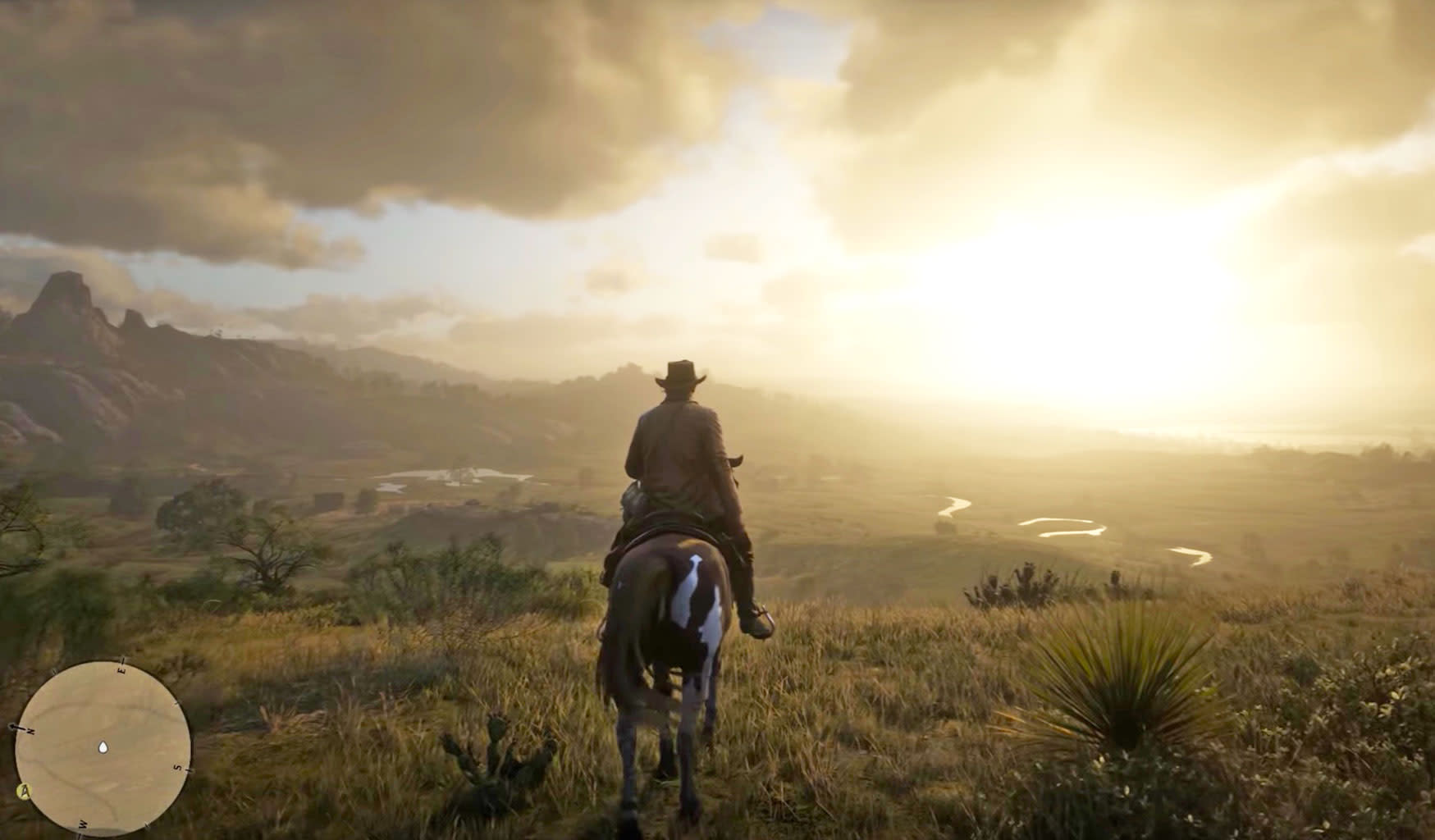 If you're preparing to strap on your cowboy boots and venture into the world of Red Dead Redemption 2 when the sequel hits consoles at the end of next month, you'll have to wait a little longer to play the game's online mode. Rockstar Games said that Red Dead Online will arrive in November, and it will be a public beta at first.

The publisher says "Red Dead Online is an evolution of the classic multiplayer experience in the original Red Dead Redemption." It will combine competitive and co-op gameplay with narratives in Red Dead Redemption 2's open world. As with GTA Online, which also debuted a few weeks after Grand Theft Auto V, Rockstar will release "constant updates and adjustments." Rockstar also expects to have some teething issues, hence the beta launch.

When Rockstar announced the various box sets for the game, it revealed those who buy the $100 ultimate edition set will gain some extras for Red Dead Online, including a black chestnut horse, extra weapons and outfits, a camp theme and a boost to rank 25.