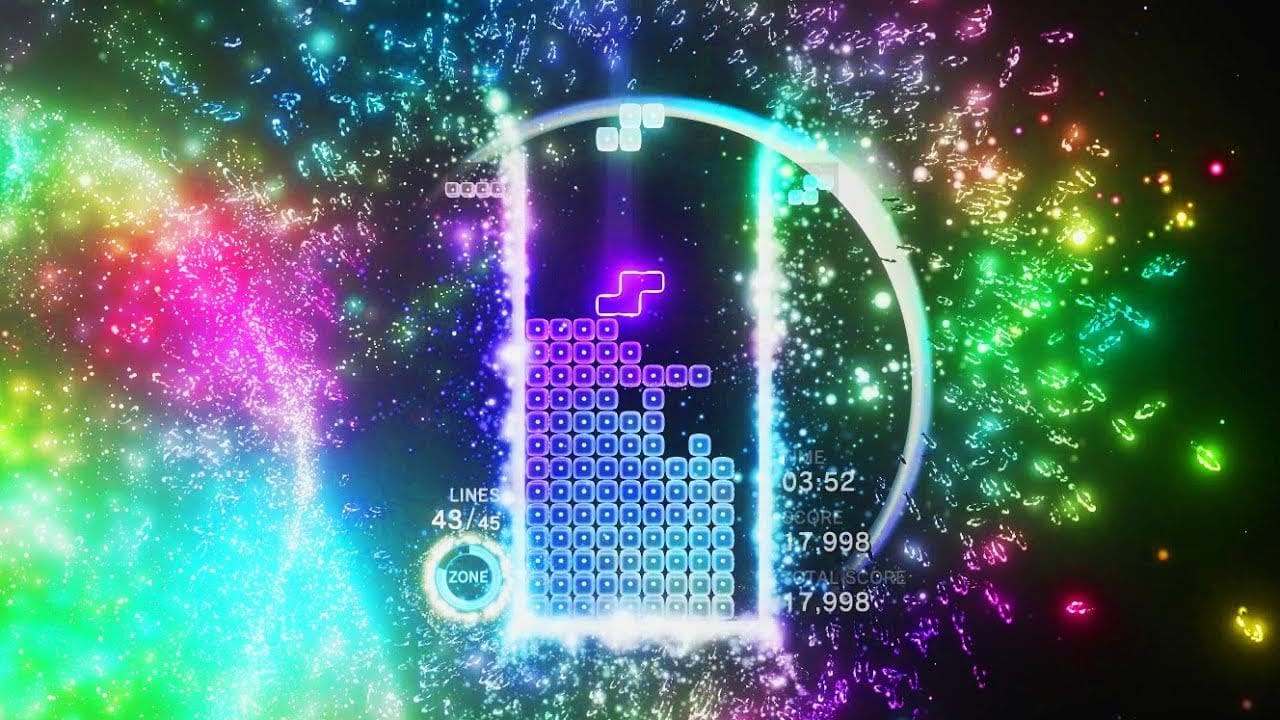 At E3 2018, Sony announced Tetris Effect, a trippy new take on the perennial classic. Developed by Enhance, it's set to be released on November 9th for PlayStation 4 and PSVR. If you're looking to try before you buy, Enhance announced today that a free demo of the game will be available for a limited time beginning on November 1st. The demo will be available through November 5th via the PlayStation Store.

The wild and abstract visuals of Tetris Effect are in line with the rest of Enhance's catalog, which boasts acclaimed puzzle games like Rez Infinite and Lumines Remastered. Founder Tetsuya Mizuguchi has become known for games that merge gameplay and music with lots of flashy particle effects, and Tetris Effect looks to continue that trend while paying tribute to the game that helped define the puzzle genre.

Tetris Effect features over 30 stages, each with its own music and visual effects. The game is playable in 2D, and in 3D thanks to PlayStation VR support. Enhance also promises the game will run at a smooth 60 frames-per-second in 4K resolution when played on a PS4 Pro.

In this article: av, enhance, gaming, sony, tetris, tetriseffect
All products recommended by Engadget are selected by our editorial team, independent of our parent company. Some of our stories include affiliate links. If you buy something through one of these links, we may earn an affiliate commission.