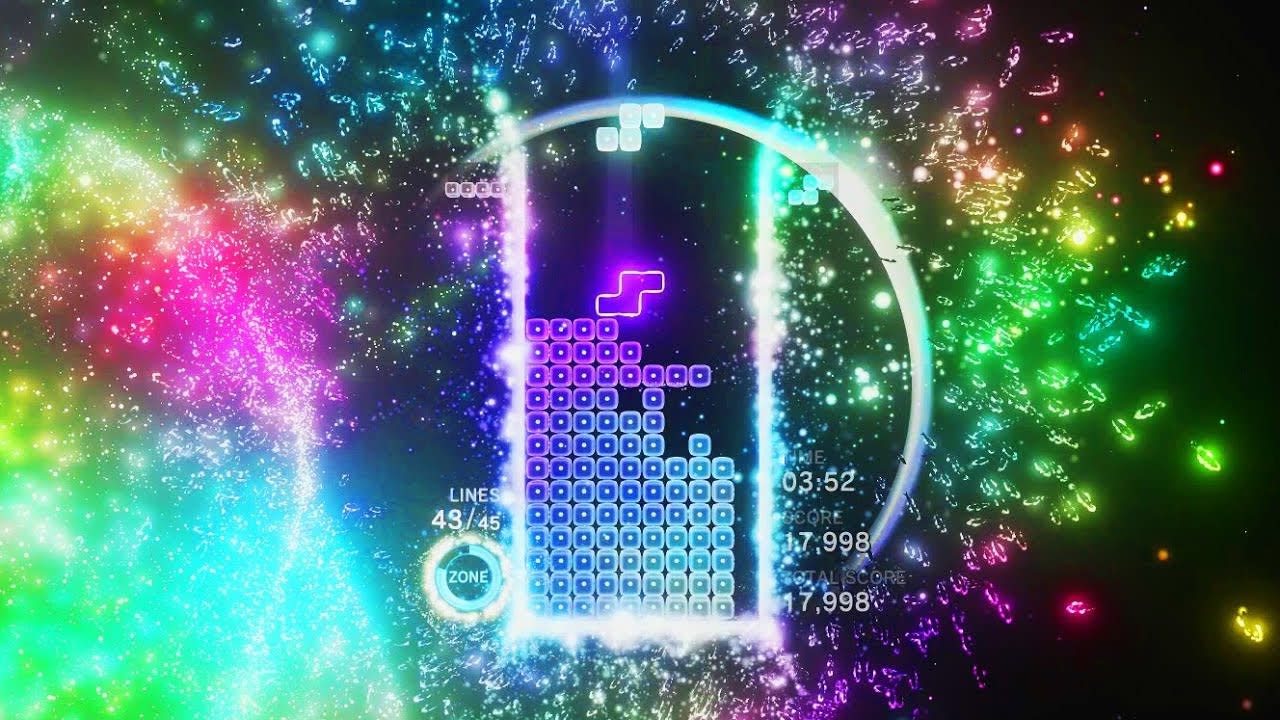 Back at E3, Sony revealed the first trailer for Tetris Effect, a modern spin on the classic puzzle game. Sure, at its core, it's the same game we've been playing for decades. But you've never seen Tetris look like this before. You won't have to wait too much longer to play it either, as developer Enhance announced Tetris Effect will arrive on PS4 and PSVR November 9th.

The reveal trailer is full of swirling, explosive color, which shouldn't come as too much of a surprise given the past work of Tetsuya Mizuguchi of Rez fame -- he is a key figure on this project. The dynamic environment of Tetris Effect reacts based on the way you're playing, including the sounds, backgrounds, effects and music. There's also a feature called Zone that will let you stop time to clear some bricks from the screen and make sure they don't reach the top.

In this article: av, enhance, games, gaming, ps4, psvr, tetris, tetris effect
All products recommended by Engadget are selected by our editorial team, independent of our parent company. Some of our stories include affiliate links. If you buy something through one of these links, we may earn an affiliate commission.