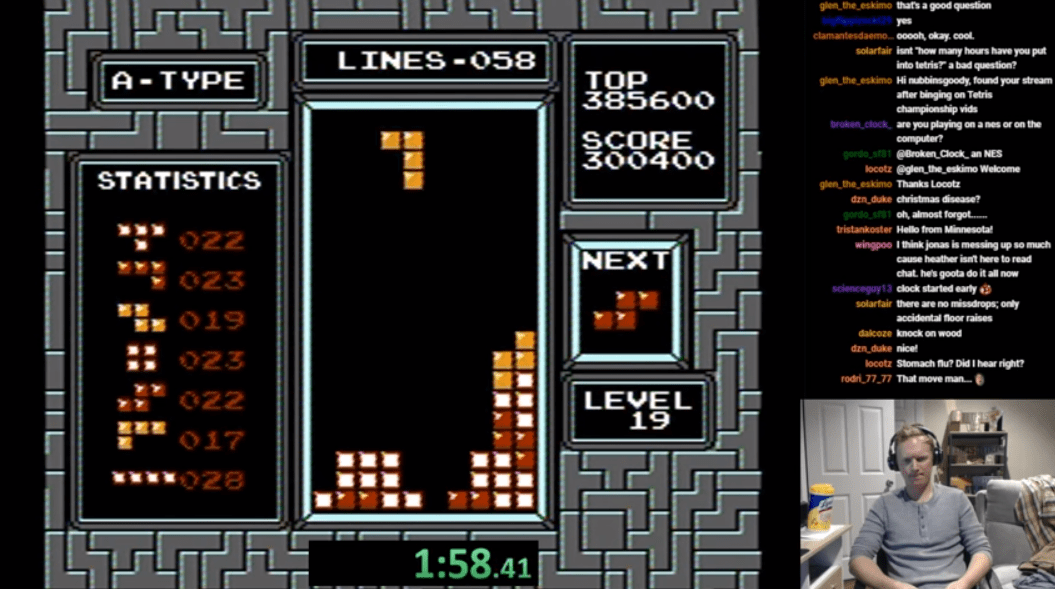 As the old saying goes, if at first you don't succeed, try again. Or, if you're Jonas Neubauer (AKA NubbinsGoody), break a different world record instead. The NES Tetris maestro was trying to break the world record for speed-clearing 100 lines in the classic 80s game and was doing alright until he made a minor error (a basically negligible whoopsie for most players, at that) and lost his focus. "That was a fast 300,000" he says casually, before checking his Twitch comments and then realising that yeah, it was a fast 300,000. Fast enough to earn him the world record for hitting the score in under two minutes, in fact. And understandably, he's pretty excited. And the 100 lines record? He broke it the next day.

In this article: gaming, JonasNeubauer, NES, personal computing, personalcomputing, record, Tetris, TL19TETRIS, Twitch
All products recommended by Engadget are selected by our editorial team, independent of our parent company. Some of our stories include affiliate links. If you buy something through one of these links, we may earn an affiliate commission.