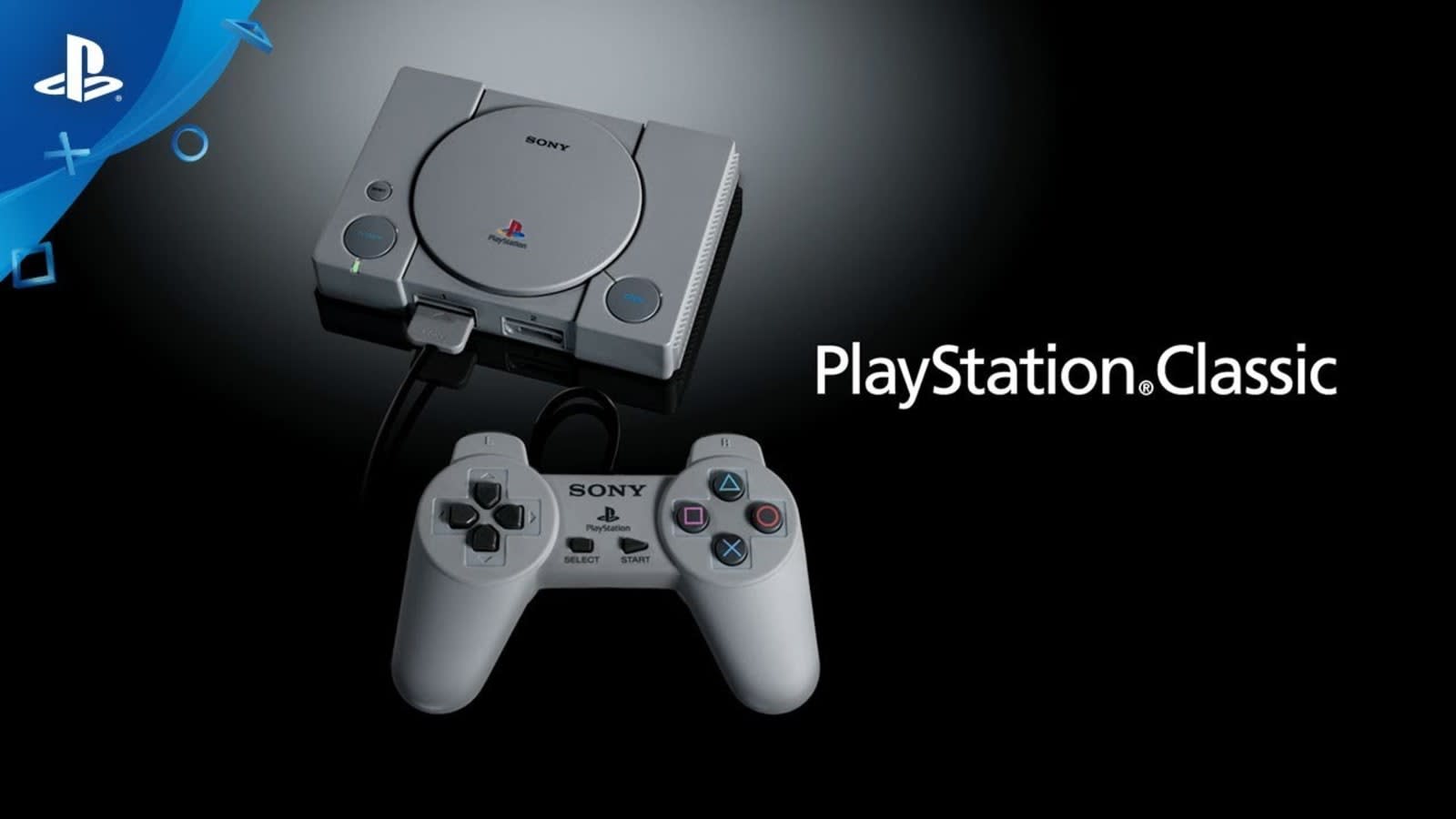 Nostalgia is a hell of a drug. Comforting yet tantalizingly short-lived, nostalgia has an insidious allure that has long been weaponized by marketers to drive consumers toward purchases that they'd otherwise shun (or often regret immediately after). But, the impact of these associative memories may end up backfiring for Sony and the upcoming release of its PlayStation Classic retro console. Because for nostalgia to actually work, it usually helps if people remember the included titles.

As with its predecessors, the $60 NES Classic and $80 SNES Classic, the $100 PlayStation Classic comes preloaded with a set selection of 20 of the era's "most popular" games -- or at least the most popular ones that could also clear licensing restrictions, we presume. These include true, influential classics like Grand Theft Auto, Resident Evil, Metal Gear Solid, Rainbow Six and Final Fantasy VII.

But the lineup's relative prestige drops off a cliff after that. Sure, there are perfectly serviceable titles like Oddworld: Abe's Oddysee, Rayman and Twisted Metal -- games that make you go, "Huh, yeah I sorta remember that one" -- and then there are the other 10 titles. I mean, who hasn't been waiting years with bated breath for the triumphant return of Jumping Flash! a first-person platformer that Sony gave away for free as part of the PS1's starter bundle?

Alright, with the exception of FF7, Mr. Driller, Metal Gear Solid, Rayman, and Rainbow Six, the PSX Classic games are trash. But it doesn't matter b/c this thing is going to get modded in 30 seconds flat.

Also, like the retro platforms that came before, the PS1C's game lineup trends heavily toward single-player adventure games as opposed to sports or other competitive titles. Granted, nobody was holding out hope that Madden '97 would make the cut (aside from Roy Wood Jr.) on account of the licensing issues, but really? Cool Boarders 2, Ridge Racer Type 4 and Super Puzzle Fighter II Turbo were the best "sports-ish" games Sony managed to wrangle? Where's Gran Turismo, Tony Hawk or Wipeout?

The SNES Classic dropped with Super Metroid, Final Fantasy III, Legend of Zelda: Link to the Past, Castlevania, Mario Kart and Star Fox -- that is a stacked lineup. In its defense, the NES Classic may not have had quite as many standout titles but at least it came with 30 games altogether.

Honestly, if you were primarily a sports gamer coming up, these classic systems don't have much to offer. Pro Sports greed makes licensing impossible. Would love nothing more than to run back Madden '97. Only bought the classic NES for Tecmo Bowl. MGSolid still stands up tho https://t.co/ArLl9JA1lS

But that's the underlying issue. The games that I think should be included are not likely the ones that you, or anyone else, would want. So to have Sony attempt to shoehorn nearly two dozen random titles and declare it the "official" selection of "classic" PS1 games is a misfire at best -- especially as part of a product that has been intentionally hamstrung to prevent users from sideloading unauthorized games (well, "prevent").

For gamers who aren't hung up on whether or not their emulator comes packaged in a miniaturized housing of the original, the internet can be a treasure trove of grey-market ROMs and disc images that won't cost you $100 and three-quarters of your sanity as you try to track one down before the holiday season gets into full swing. If you've still got a PSP, Vita or PS3 with an internet connection, the PlayStation store offers dozens of classic PS1 games for download, while Playstation Now has a wide selection available for streaming.

One could even go truly old-school and pick up a real PS1 console from eBay. They're going for, what, $50 these days? But then again, it wouldn't be quite the same experience as you remember from way back in 1995 and nostalgia, well, it's one hell of a drug.

In this article: editorial, gadgetry, gadgets, gaming, NESclassic, playstation, Playstation1, playstation1classic, playstationclassic, psclassic, retro, retrogaming, SNESClassic, sony
All products recommended by Engadget are selected by our editorial team, independent of our parent company. Some of our stories include affiliate links. If you buy something through one of these links, we may earn an affiliate commission.