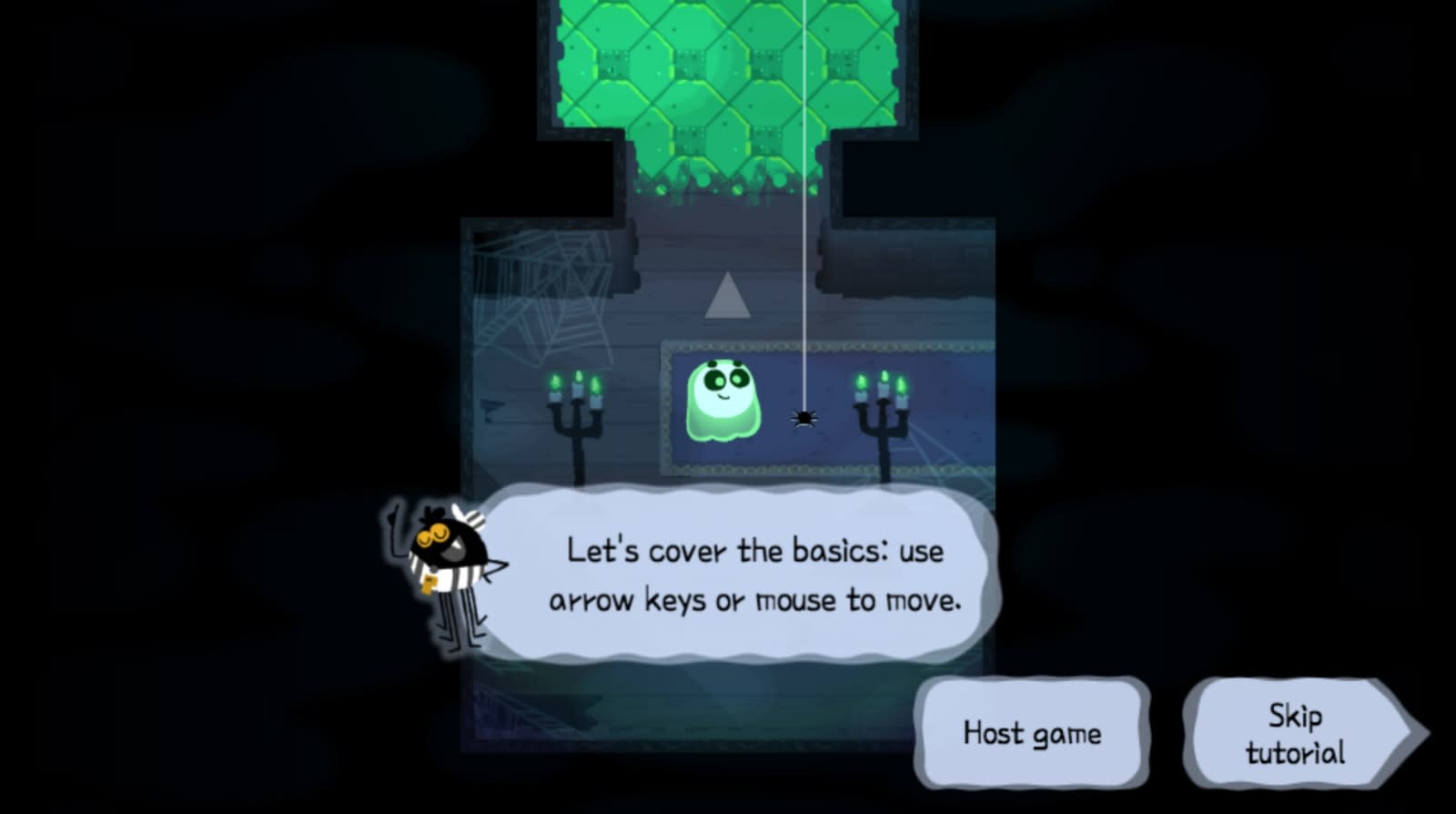 Head on over to Google.com today and you'll be able to play an interactive doodle game to mark Halloween. Great Ghoul Duel is a team multiplayer showdown set in a haunted house that sees two squads of neon ghosts munching "spirit flames". Each little light you eat gets added to your tail, with players snatching them from one another en route to depositing them in their respective zones for points. The team with the highest score at the end wins.

It will all seem immediately familiar to anyone who played the massively multiplayer game Slither.io on mobile or the web -- which itself drew inspiration from arcade classic Snake (later revived by Nokia as a pre-loaded game on its old brick phones). For the uninitiated, Slither.io has players controlling a worm and eating pellets to grow the longest avatar on the server.

Google's Great Ghoul Duel also lets you host your own game, allowing you to invite your mates along for a quick bout of flame-chomping action. The big G is no stranger to browser mini-games, having previously launched dozens of doodle titles, including tic-tac-toe, cricket, and even Snake. More recently, it snuck a text adventure game into Search

In this article: gaming, google, GoogleDoodle, GoogleGames, GoogleSearch, internet
All products recommended by Engadget are selected by our editorial team, independent of our parent company. Some of our stories include affiliate links. If you buy something through one of these links, we may earn an affiliate commission.