If only someone would tell them.

Kicking Nazis off tech companies' services is so easy, and such a simple thing to do. It is such a basic act of human decency, a trivial task that would stop PayPal, Stripe, Instagram, Facebook, Twitter, GoDaddy and many more from being unquestionably complicit in the deadly rise of American Naziism. Stakes climb as we approach next week's elections. And yet.

A week ago, a man emboldened and encouraged by the community on the neo-Nazi pro-Trump social network Gab followed through with the website's grooming and committed the largest massacre of Jews in American history. Robert D. Bowers told his online community he was "going in" and murdered 11 people while they were praying.

Despite every person with a lick of common sense knowing full well that this was what Gab was about, the eventual endgame of online hate, it took tech businesses a week to cease facilitating the site by providing it with services. First was PayPal, followed Stripe and Joyent. GoDaddy joined the sudden attack of conscience and booted Gab as well.

At the time of writing, Gab remains sort-of offline, with a single-page statement of defiance keeping watch over the domain. The Nazi-networking site also appealed to its enabler-in-chief, Donald Trump, for help. 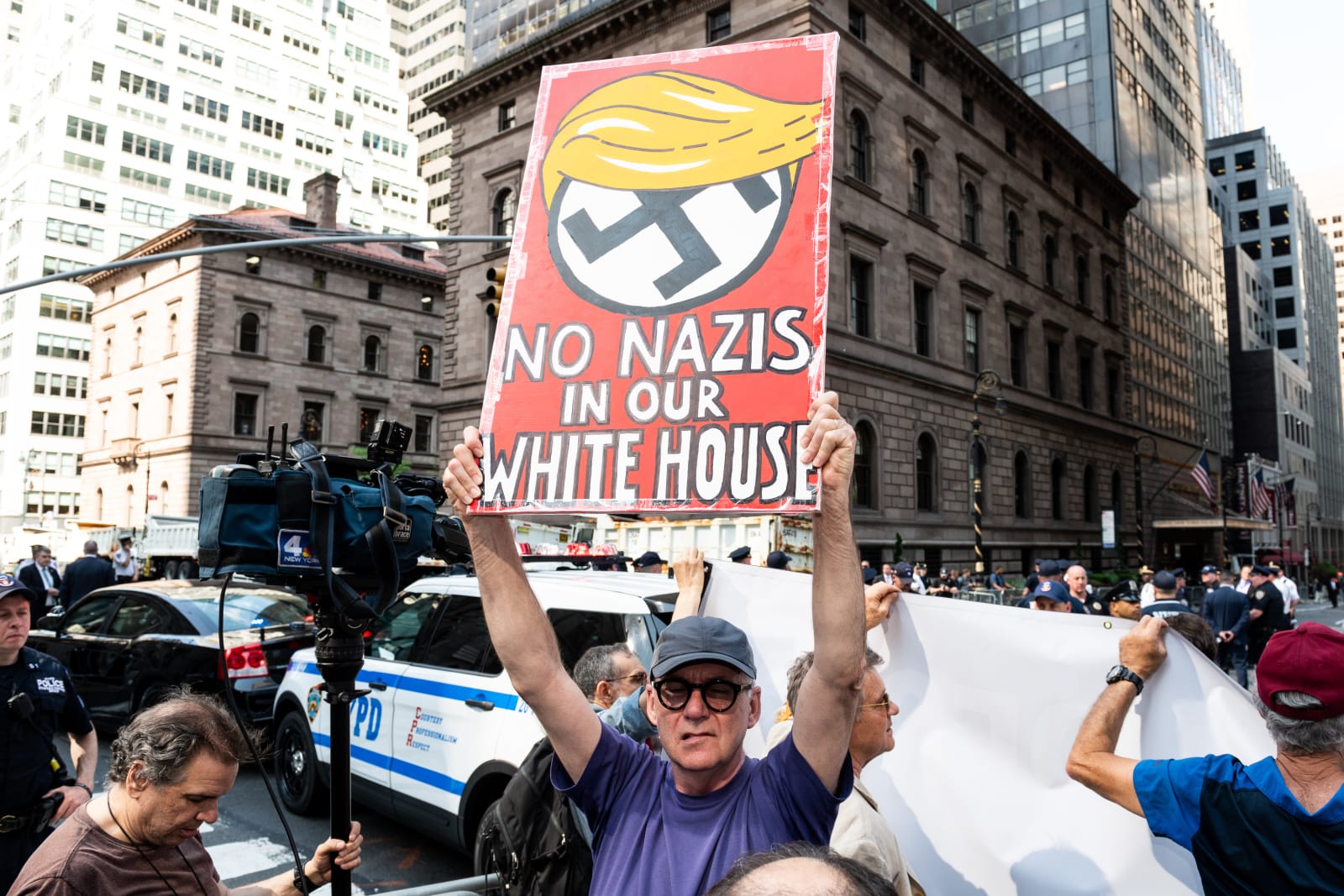 "PayPal didn't provide an immediate reason for the ban in its message to Gab," we reported, yet it told the press that "the company is diligent in performing reviews and taking account actions. When a site is explicitly allowing the perpetuation of hate, violence or discriminatory intolerance, we take immediate and decisive action."

PayPal and Stripe were warned at length, and in detail, about exactly what Gab was fomenting back in August. "@DeplatformHate has been documenting the far right's partnerships with Silicon Valley for nearly a year and repeatedly tweeted about Stripe's ties to Gab in August," reported the Daily Beast. "After Stripe's general counsel reached out on August 17, Deplatform Hate sent him and Stripe's CEO a long email on August 24, documenting the issue."

"Gab is a massive hive mind of neo-Nazis that have actively doxxed journalists' families that work on stories of neonazi violence," Deplatform Hate wrote in an August 24 email shared with The Daily Beast, in which he cited white supremacists who used Gab to publish journalists' personal information, including home addresses.

... [@DeplatformHate told Stripe] You can muddy the story of 'oh but the First Amendment' — you're a lawyer. You know that doesn't hold up in the US and that private companies can have moral systems if they're not discriminating against protected classes. Last time I checked, Nazis weren't a protected class."

Deplatform Hate had contacted PayPal in July with several detailed emails that alerted the payment platform to violent content. "PayPal had been closely monitoring and reviewing Gab and was in the process of canceling the site's account before the tragic events occurred," PayPal told Daily Beast.

It only takes 4chan haters telling PayPal that ASMR creators might be making sex noises to get their accounts instantly banned. But let's take comfort that before the literal worst happened, the company was thinking about maybe not doing business with violent Nazis. "Some Gab users, including alleged synagogue shooter Robert Bowers, broke Stripe's and PayPal's terms of service on a daily basis," added the Daily Beast.

Of course, this reminds us all of what happened with Daily Stormer. That was August of last year, when it took the murder of Heather Heyer by white supremacists — the same band o' Nazis as on Gab — and attempted murders of others to get tech companies to enforce their hate speech and violence policies.

It wasn't Heyer's murder that made the companies stop facilitating Daily Stormer. It was the press attention Daily Stormer got for mocking her death that finally moved the needle for Google, YouTube, Twitter, Sendgrid, Zoho, Cloudflare, PayPal, Apple Pay, Discord, Reddit, Spotify, Facebook, and GoDaddy. Heyer was not the first. Daily Stormer had been giving the Heyer treatment to black people since at least 2014, calling call Michael Brown's mother a "stupid ape" (2014), mocking Freddie Gray's 2016 murder as a "chimpout" and stating that a "hero put down [a] rabid dog" regarding the death of Tamir Rice in 2017.

Effectively, it's only thanks to the general public and journalists that companies like PayPal, Square and GoDaddy are kinda-sorta kicking some Nazis off their services. Even still, Instagram — which routinely purges and deletes the accounts of adult performers based solely on their names and associations, not content violations — is a shit-smeared playpen for violent Nazis and virulent nationalists. 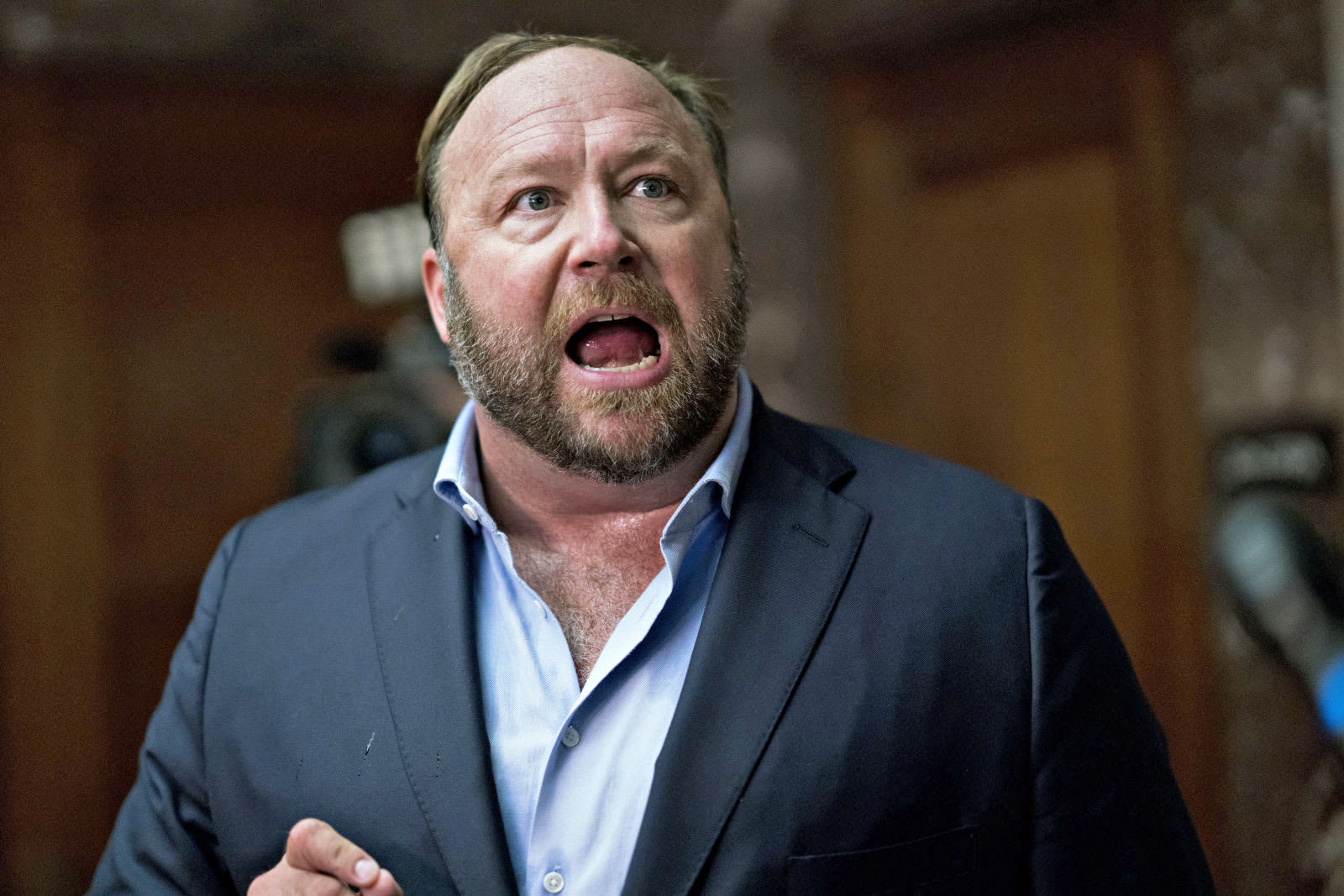 As you read this, Alex Jones and Infowars are turning up the rhetoric on Instagram. "Instagram also hosts anti-Semitic content hosted by prominent conservatives," reports The Daily Beast this week. Really: this week. Milo Yiannopoulos just "lamented on Instagram that the mail bombs sent to CNN and top Democrats didn't go off." It took DB's reporting in the past few days for Instagram to kick out "Proud Boys" founder Gavin McInnes and associated Facebook groups. Also this week, The New York Times pointed out years' worth of Nazi content flourishing on Instagram, including hashtags promoting "Nazi ideology."

Following our reporting on this, Instagram has removed the hashtag #jewsdid911. It was active for years and had over 11,000 posts. It was one of the top search results if you searched for "Jews." Why did it take our questions to get it removed? https://t.co/xKD5VI6l6q

And you know what? It's so easy for these companies to take a stand against anti-Semitism, racism, QAnon conspiracy creeps, "red pill" white supremacists, right-wing extremists, and incels. It's not hard to see these people want to kill others, and that they rile each other into doing it.

Look, look how easy it is:

Holy shit. @RPGnet not fucking around.

See, @jack, you colossal coward, it ain't that tough. pic.twitter.com/lk3AhNPVJ1

Look, the takeaway here isn't some pointless missive of hope that any company propping up the right's "free speech" crap might tell the hate merchants they're no longer welcome. The companies steering the internet have proved time and again that given the opportunity, they don't. They won't.

What's important as we go into the elections next week is that we do not get overwhelmed by the trash fires of Silicon Valley greed. And that we take notes and remember who could've done something -- but didn't.