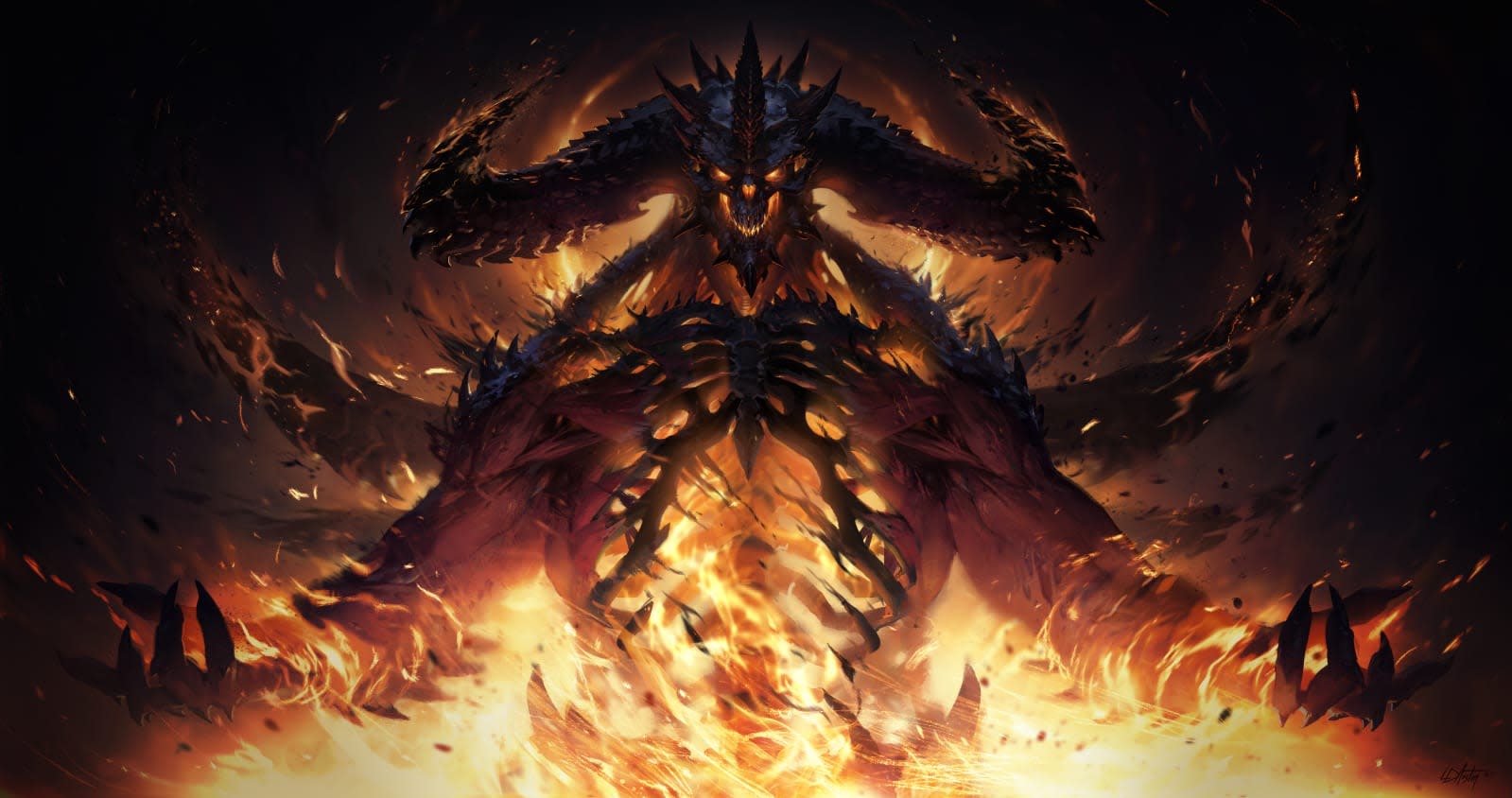 On the same day it released Diablo III on Nintendo Switch, Blizzard announced it's bringing the Diablo franchise to even more platforms. The studio revealed at Blizzcon that Diablo Immortal, which is coming to iOS and Android, will be the first mobile game in the series.

The action RPG is set after Diablo II: Lord of Destruction and before Diablo III. It features six customizable classes (Barbarian, Crusader, Demon Hunter, Monk, Necromancer and Wizard) with more planned for the future. You'll be able to drop in and out of groups in the MMO and take part in "dynamic events" across Sanctuary. In the hub of Westmarch, you can craft items, upgrade your gear and form groups. And, of course, you'll be able to battle your way through dungeons with your allies.

Blizzard says that Diablo Immortal will have regular updates featuring storylines, loot and challenges. The studio, which is developing the game with NetEase, has opened pre-registration for the beta. If you sign up, you'll receive news and updates, and you might earn some extra in-game rewards. Blizzard said a few months ago that it was working on "multiple Diablo projects," so there could be even more in the works, such as additional Diablo III seasons or even new games.

In this article: android, av, blizzard, blizzcon, blizzcon2018, diablo, diabloiii, diabloimmortal, gaming, ios, mobilegaming
All products recommended by Engadget are selected by our editorial team, independent of our parent company. Some of our stories include affiliate links. If you buy something through one of these links, we may earn an affiliate commission.