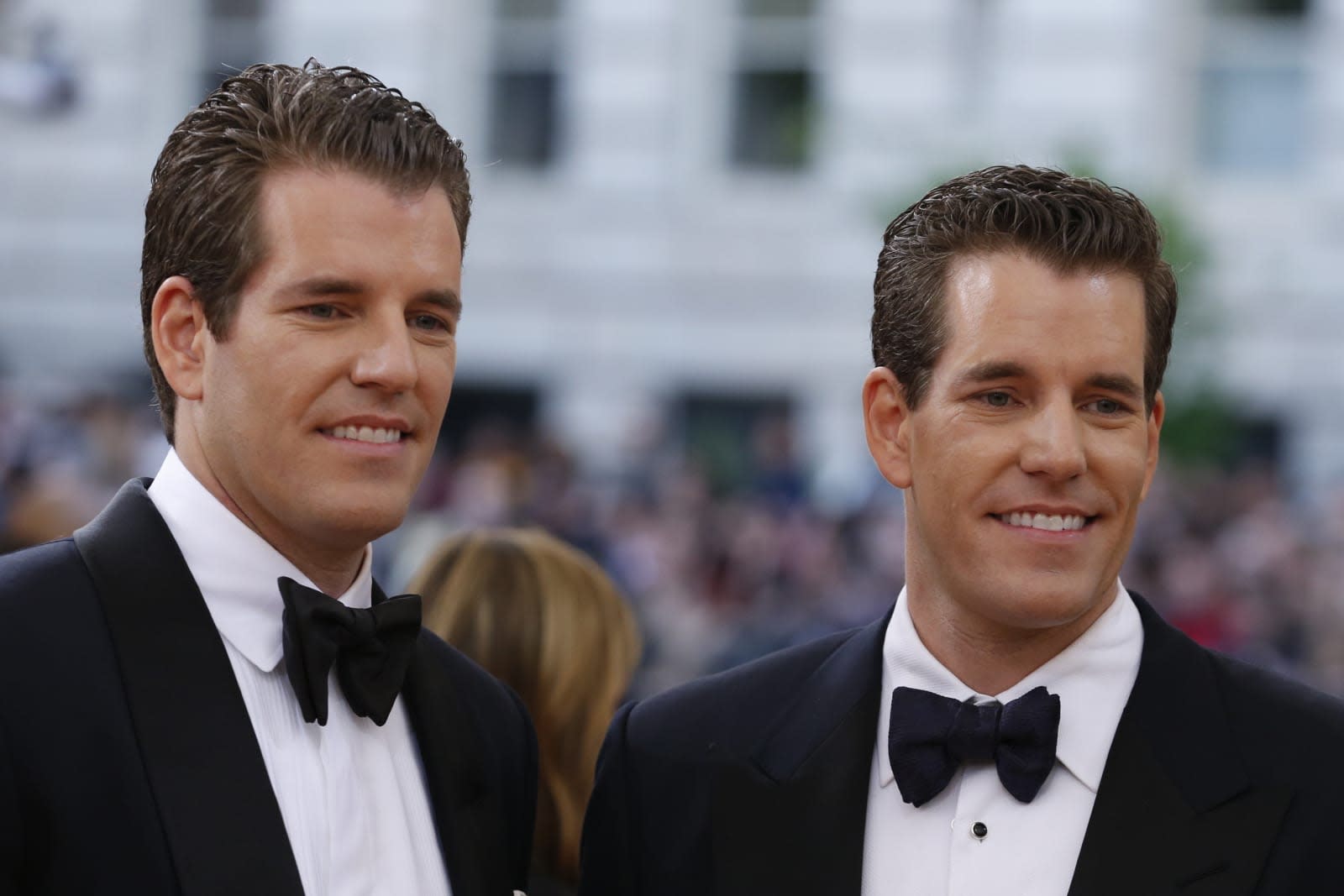 The Winkevoss twins are back in the news for their involvement in the cryptocurrency world, but this time they likely wouldn't want to celebrate. The New York Times has learned that the two sued crypto investor and ex-convict Charlie Shrem for allegedly stealing 5,000 bitcoins in 2012 -- no small amount when they'd be worth roughly $32 million today. The Winklevoss Capital Fund sent Shrem $250,000 in 2012 to buy bitcoins on its behalf, but delivered $189,000 worth based on the price at the time. The figure was lost in a larger dispute over an investment in Shrem's BitInstant, but it's clearly more important now.

Cameron Winklevoss said the lawsuit was prompted by learning of Shrem's spending spree since leaving prison for his part in selling bitcoin to Silk Road drug buyers. In the space of the past year, Shrem bought a $2 million Florida house, two powerboats and two Maseratis (among other acquisitions) despite saying he went to prison virtually broke. He most likely made those purchases using the stolen bitcoins, according to the lawsuit. Shrem's post-prison initiatives haven't really panned out -- both an initial coin offering and a crypto currency card ended up returning money to investors after promised partnerships didn't materialize.

An investigator in the case has backed up the twins' case, noting that 5,000 bitcoins were transferred to bitcoin wallets using addresses linked to Shrem.

Shrem's attorney has denied the allegations in the lawsuit, claiming that "nothing could be further from the truth" and promising that Shrem would "vigorously" defend himself. This isn't likely to deter the Winklevoss brothers, though. While the two hold nearly a billion dollars in cryptocurrency, $32 million is nothing to sneeze at. As it is, they've succeeded in freezing some of Shrem's funds as part of the case -- they're already committed to getting to the bottom of what happened.

In this article: bitcoin, charlieshrem, crime, cryptocurrency, gear, internet, lawsuit, theft, winklevii, winklevoss
All products recommended by Engadget are selected by our editorial team, independent of our parent company. Some of our stories include affiliate links. If you buy something through one of these links, we may earn an affiliate commission.