Bit Brigade could be more famous if they wanted to be. They're a five-man rock band, but one of their members doesn't play an instrument -- instead, he speedruns through a classic NES game while the remaining four bandmates play its soundtrack, live and completely attuned to the pixelated action projected above the stage. Bit Brigade has a built-in audience of nerds and nostalgia fiends, especially in an era dominated by live streaming, but they don't even have a Twitch channel. There is a YouTube page named "bitbrigade," but it has just four videos, all of which are more than 10 years old.

Bit Brigade isn't cashing in on the speedrunning or vintage video game craze. They're musicians first, and NES players second, which means they don't care about internet fame. It's all about the stage.

If Fields sounds like your dad preparing to rant about kids and technology these days, it's for good reason. Bit Brigade formed seven years before Twitch even got off the ground, and six years before Games Done Quick held its inaugural charity speedrunning marathon. The band has been together for 14 years, and it's all the result of a late-night pun.

Guitarist Bryant Williamson was hanging out with friends in 2004 when someone suggested they play Contra, but as a band, and they'd call it Contraband. It was as simple as that.

"Bryant called me at like 2 or 3 AM and was like, 'Hey, you want to play Contra?'" Bit Brigade speedrunner Noah McCarthy recalled. "I was like, 'All right, yeah, sure,' and went back to bed. And then I learned Contra and we started playing it."

Most 3 AM ideas between friends don't actually get off the ground, but this one stuck. It worked, in part, because the people involved had the skills to make it happen. They were musicians, already in other bands, and they shared a lifelong love of classic NES games. McCarthy, in particular, grew up playing video games for an audience: His older brother would bring friends over and they'd watch McCarthy tear through titles like Mega Man X, Metroid Prime and The Legend of Zelda. As he got older, his own friends would watch him play those same games.

"I've just always been good at video games," McCarthy said with a shrug, hesitant to brag about himself. "In a weird way, I've just been doing this thing my whole life. I've been just playing video games and having people watch me."

Today, Bit Brigade includes Jace Bartet and Williamson on guitar, Mike Albanese on drums, Fields on bass and McCarthy on the NES. The size of the band naturally limits the kinds of games it can play -- classic NES songs are suited for a four-man group, while post-NES soundtracks have more voices, making them harder to successfully emulate. Besides, Super NES games tend to be significantly longer than their predecessors (even during a speedrun), and band members are already pushing their limits by playing for an hour straight each show. There's plenty of source material in the NES era, though, and Bit Brigade tries to add a new game to its repertoire every year (the next addition should be announced soon).

On-stage, McCarthy plays on an NES that's been modified to eliminate the games' soundtracks but keep the sound effects, which pour through the speakers alongside the live guitars and drums. The system looks like an NES Classic Edition, the mini version of the NES that Nintendo released in 2016, but Bit Brigade has been using a custom console for years. 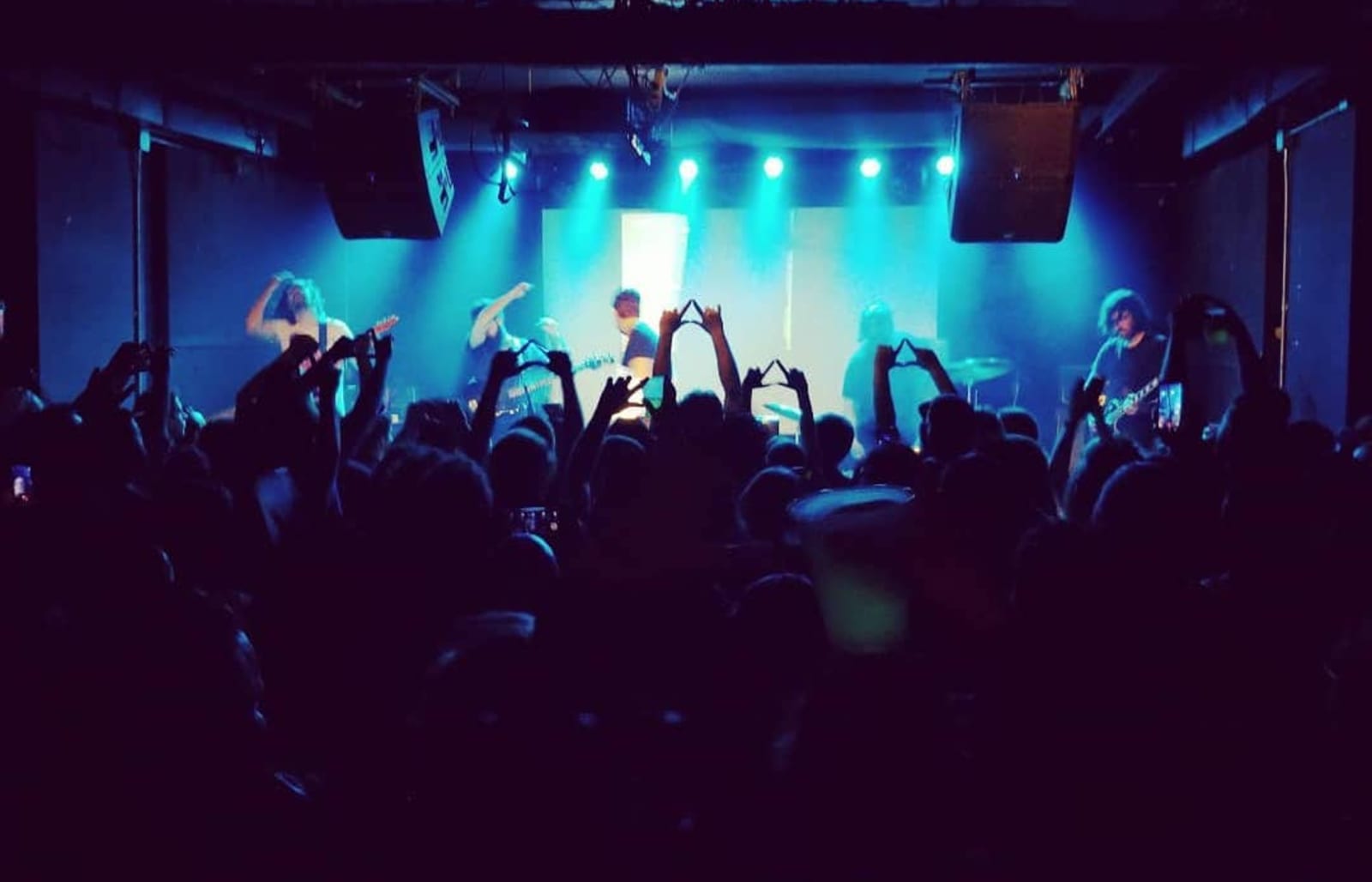 At the Tulsa Pop Culture Expo in November, Bit Brigade played the original Zelda -- that's the full game, from start to finish, complete with a live, dynamically responsive soundtrack. They pulled in songs from subsequent Zelda games to keep things fresh and appease an audience eager to bask in as much nostalgia as possible. It took McCarthy about 50 minutes to beat the game, with the four musicians taking cues from his playthrough, and vice versa.

McCarthy said he views Bit Brigade games like sheet music, and he's just another instrument in the band.

"All the button presses, all the jumps, all the attacks, I'm trying to do them in sequence, basically the same thing every time," he said. "Because for me, it's more important to be consistent then it is to be fast."

Though McCarthy can control the flow of the show with his speedruns, there isn't a single conductor or leader of Bit Brigade. Fields, the bassist, handles most of the crowd interaction, but even he isn't in charge when they're all playing together.

"It's less like an orchestra and more like a jazz ensemble," Fields explained. "Everyone's kind of playing off each other, but at one point in every song someone's kind of in the lead."

Bit Brigade may not have a dedicated presence on Twitch or YouTube, but videos of their performances have racked up hundreds of thousands of views, including one recording of a Mega Man 2 show at MAGFest X in 2012 with nearly 600,000 views alone.

"I mean, that's nothing compared to people who are YouTube famous," Fields said. But then again, Bit Brigade doesn't necessarily want YouTube fame -- and half a million views isn't bad for a band that isn't even trying.

"The amount of time we spend practicing together before we play a show is actually kind of frighteningly small sometimes," Fields said. "We just figure it all out on our own and then come in knowing the game plan. ...It's also been happening since 2004. It wasn't that easy back then. Now, these days, if we learn something new it's like we all know what we're supposed to do and how it's gonna work."