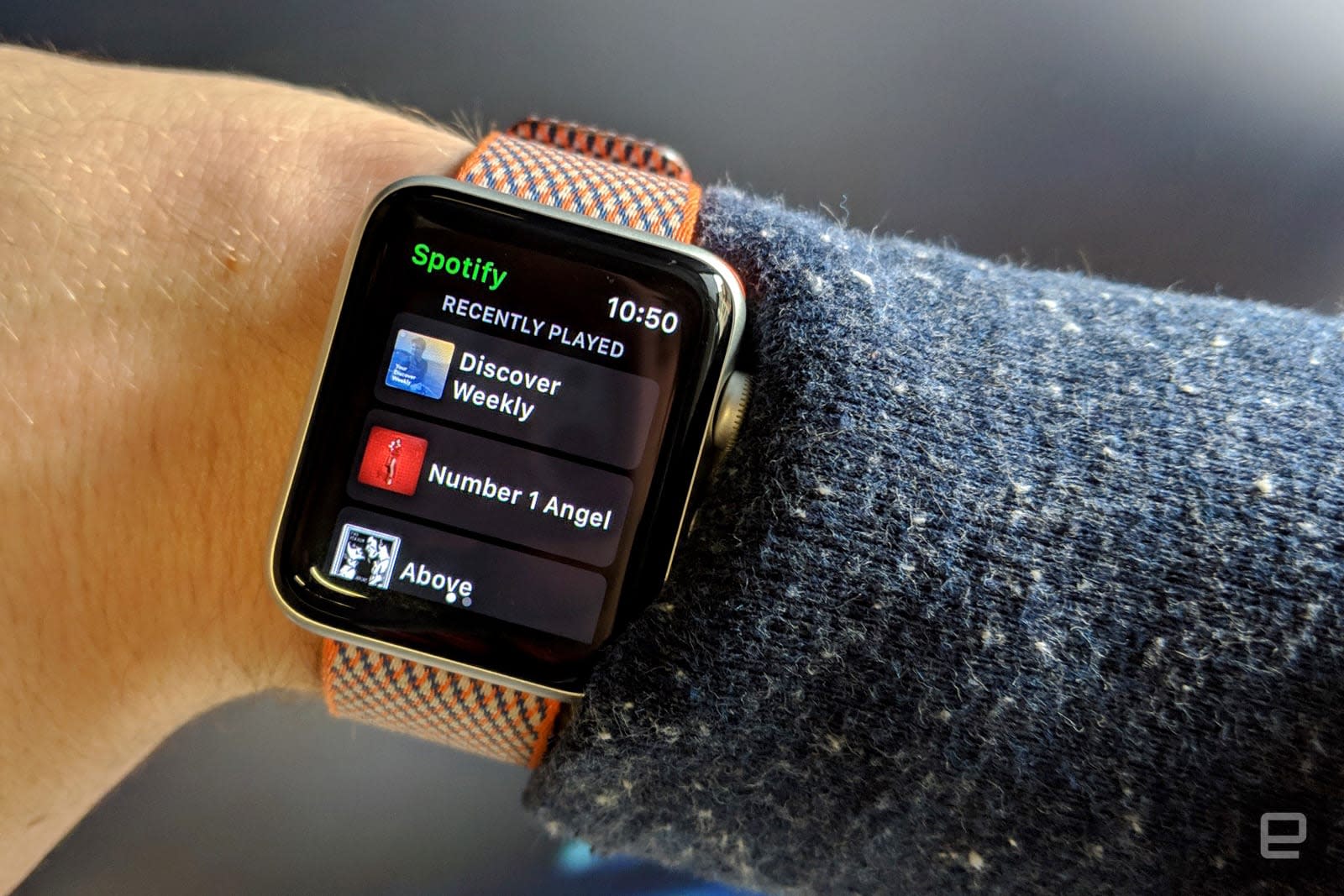 That didn't take long -- mere days after it became clear Spotify was testing an Apple Watch app, that client is now available to the masses. The streaming music giant has updated its iOS app with an Apple Watch app that can control the service from your wrist. It currently doesn't serve as much more than a glorified remote with playlist selection, track skipping and other basics, although it will let you choose to stream music on Spotify Connect-aware devices. However, there's more on the horizon.

The app comes roughly a year and a half after Spotify recruited developer Andrew Chang to develop an official Apple Watch app. He'd already been working on a homebrew app, Spotty, that was going to offer many of the features people were looking for.

Spotify has promised that "many exciting things" are coming to the Apple Watch, including the option to listen to your offline music and podcasts. That, in many ways, could be the real coup. While Apple Music still tends to be the best option for offline audio on the smartwatch (in no small part due to its tight integration), that could change if Spotify could provide your gym soundtrack without much fuss. There just isn't much competition on the Apple Watch, and Spotify could provide some real choice for people who'd rather not switch services just to put tunes on their wrists.

In this article: app, applewatch, gear, internet, ios, mobile, music, services, spotify, streaming, wearables
All products recommended by Engadget are selected by our editorial team, independent of our parent company. Some of our stories include affiliate links. If you buy something through one of these links, we may earn an affiliate commission.