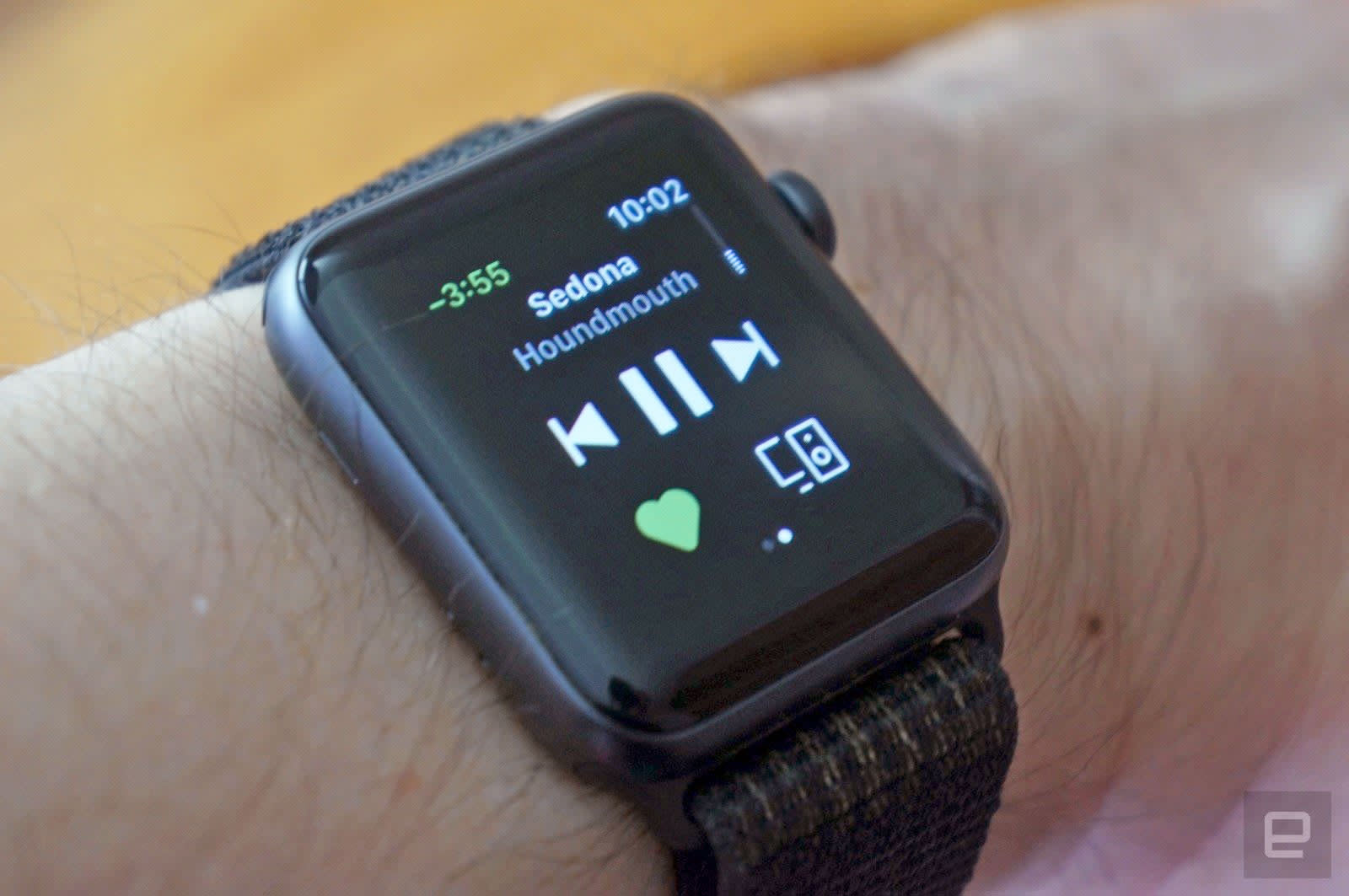 A year and a half later, Spotify is following through on its plans to make an official Apple Watch app. The streaming music provider has released a test version of its iOS client that includes a companion app for Apple's wearable. To call it basic would be an understatement, mind you. You can control playback from your phone, and that's about it -- for now, you'll have to set aside your dreams of listening to an offline playlist while you're at the gym.

We've asked Spotify if it can detail its plans for the app and will let you know if there's more to share.

The basic initial support isn't all that surprising. Spotify only started work in earnest in early 2017, when it recruited Snowy developer Andrew Chang. Before the job shift, Chang had hoped to make the Spotify app a true Apple Watch citizen with features like offline syncing, Siri control and watch face complications. That's a lot for any smartwatch app, and it's that much more challenging when Chang is writing a third-party app -- Apple could manage all of those with the official Music app because it controls the platform. Still, even this simple app is a heartening sign if you'd rather not switch services just to have native streaming music control on your wrist.

In this article: app, applewatch, gear, internet, music, services, spotify, streaming, watchos, wearables
All products recommended by Engadget are selected by our editorial team, independent of our parent company. Some of our stories include affiliate links. If you buy something through one of these links, we may earn an affiliate commission.