For more than 50 years, Dolby's brand has been synonymous with top-of-the-line audio (and visual) quality. Its innovations in the space, including recent technologies like the Atmos immersive sound, can be experienced in movie theaters and living rooms around the globe. But Dolby has become a household name without actually building its own consumer products. It's always worked with third-party manufacturers on the hardware used to deliver its tech to your ears. That changes, though, with the introduction of Dolby Dimension. They're a pair of over-ear wireless headphones designed with a particular set of people in mind: video-streaming binge watchers.

The Dimension has a pair of 40mm custom acoustic drivers, promises up to 15 hours of battery life connected over Bluetooth 4.2 and, most importantly, perhaps, is powered by a Qualcomm Snapdragon quad-core ARM processor. The Qualcomm chip is key, because unlike most wireless home theater headphones, Dolby's Dimension doesn't have a base station that handles the sound processing. Here, it's all done on the headset itself, through a feature Dolby is calling Virtualization. What this does, essentially, is mimic a three-dimensional depth and space to create a surround sound effect for whatever you're listening to on the Dimension, be it movies, TV shows or music. 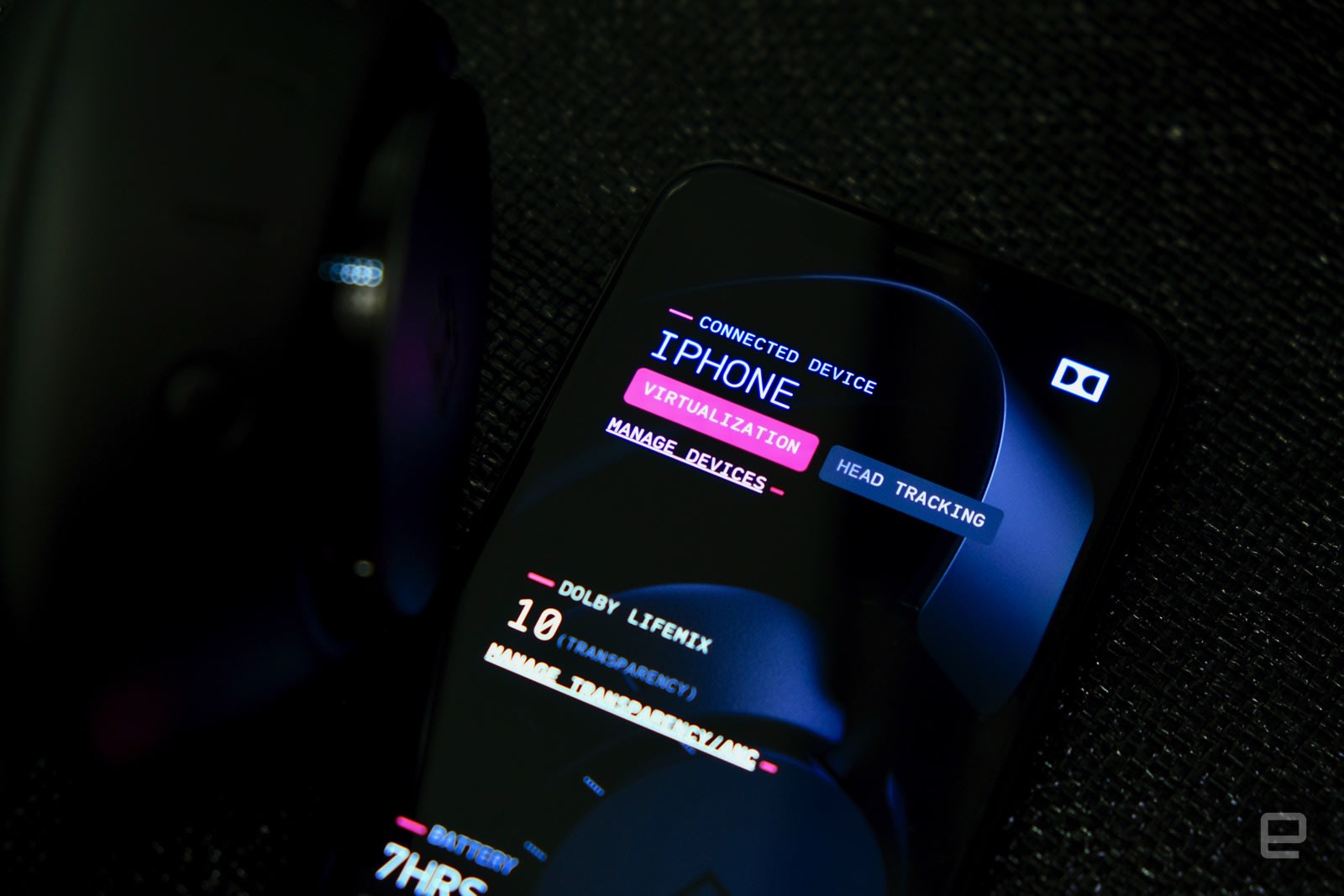 There are also touch and physical controls as well as a head-tracking feature that keeps the sound fixed to its source regardless of the direction you're looking at. Say you're watching a movie on your TV and turn your head to the left; then the sound that should be coming from in front of you will all be on the right side of the headphones. Dolby says turning on Head Tracking can offer a "more immersive, realistic experience" when you're watching a film or TV show, but it does come at the cost of battery life. Then you have the Dimension's LifeMix, a setting that lets you control how much outside noise you want to hear, similar to the transparency mode on other headphones.

Since the Dimension relies on Bluetooth, it can't support Dolby's Atmos, the spatial-sound technology that makes it feel as if you're inside a movie. However, Dolby says that thanks to the Virtualization feature, plus some upmixing and machine learning from the Qualcomm chip, the headphones can offer an almost Atmos-like experience. What that means is they're designed to produce immersive 5.1.2 channels, and they're smart enough to adjust sound based on background noise and the type of audio you're listening to. 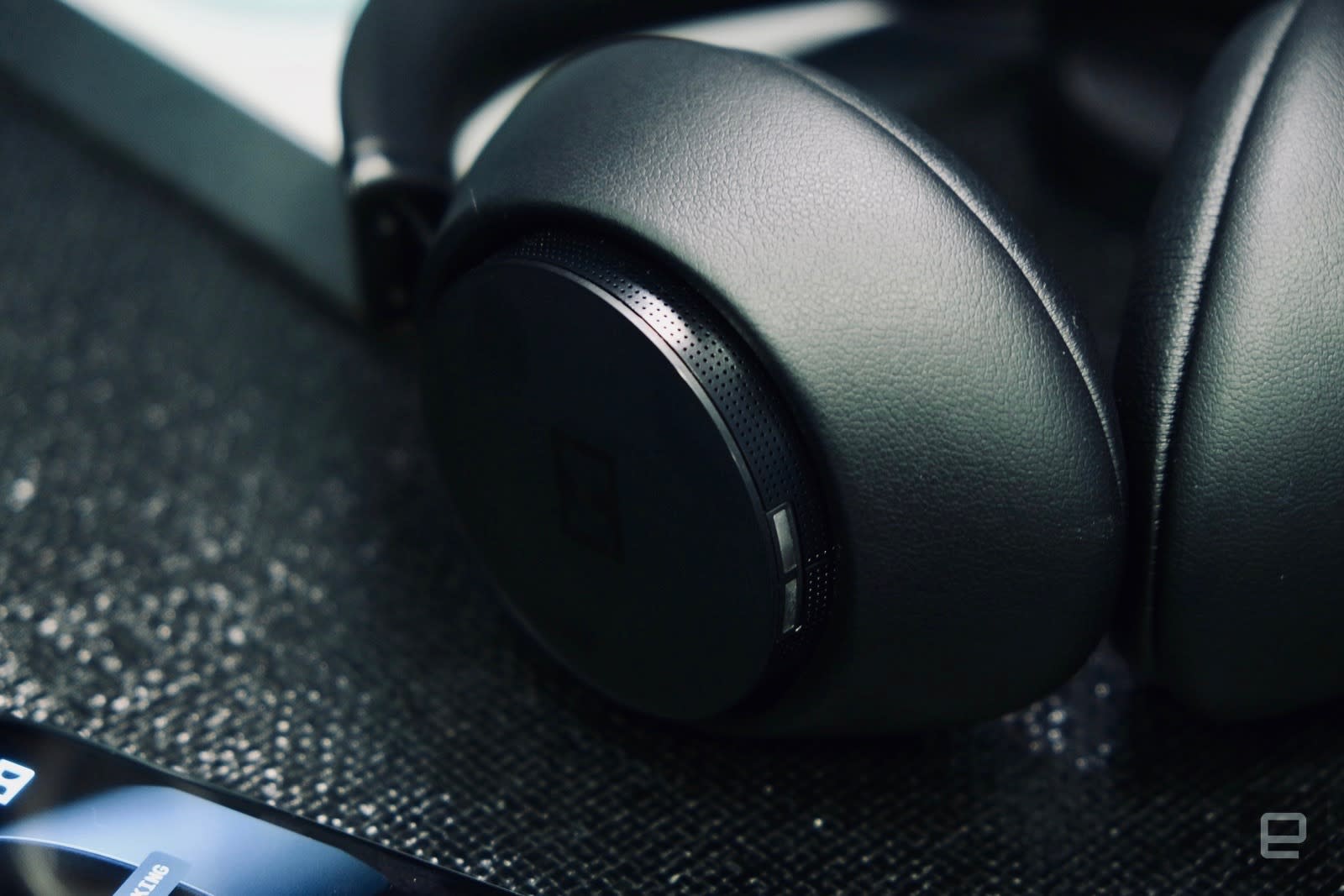 Based on my experience with them so far, I can safely say these are the some of the best-sounding headphones I've ever put on. And they really shine when you're watching content created with Dolby Atmos, like Netflix's Daredevil or a movie known for its superb sound design such as A Quiet Place. Sure, you don't get the full 3D sound experience that you might from Atmos speakers, but it's close. And it's definitely a drastic improvement compared to my other Bluetooth headphones: the Beats Studio Wireless and Under Armour Project Rock.

In A Quiet Place, for example, I was able to hear whispers from a character that I missed the first time I watched the film. You can probably blame that on my cheap $100 Vizio soundbar, but what I thought was someone just moving their mouth turned out to be them actually saying something. That's going to be a big selling point for movie buffs who care about tiny details like that.

Great audio quality is pointless, though, if I can't wear the headphones for longer than 30 minutes -- especially when Dolby is pitching these for binge watching movies and shows at home. Thankfully, the Dimension headphones not only sound exquisite but are also ridiculously comfortable. So much so that I could have them on for about two or three hours at a time without any pain on my earlobe or cartilage. All 330 grams of them seem well-distributed through the sleek, black headband and ear pads. 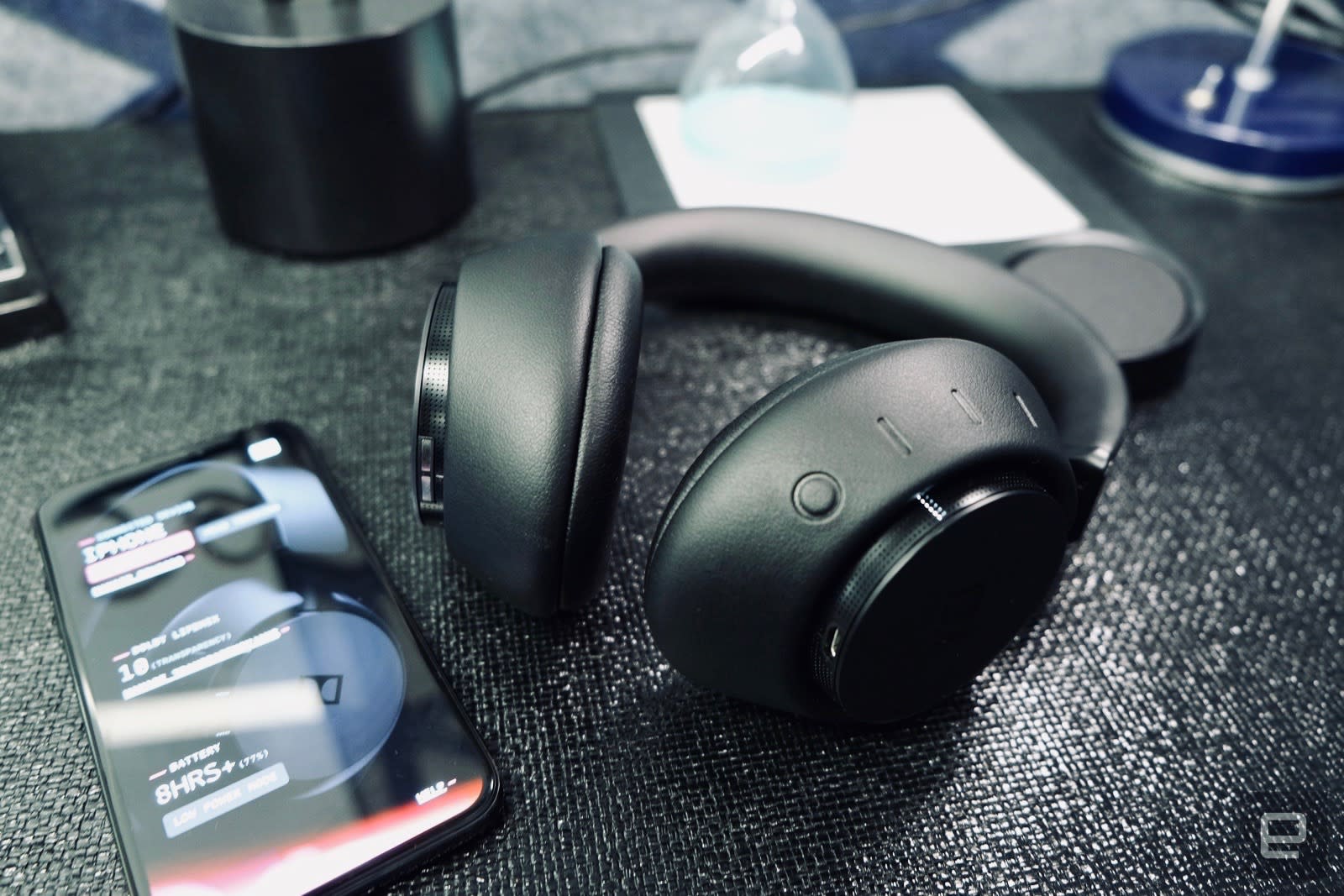 Speaking of which, the outside of the right ear cup has four physical buttons, one for power/sleep and the rest for selecting different inputs. This feature comes in super handy, because with the press of a button, I was able to easily switch among my iPhone, iPad and Apple TV. Setup with the Dolby Dimension app took about 10 seconds for each, and it's nice to be able to pair the headphones with more than one device and seamlessly map the shortcuts. You can use the application to turn Virtualization and Head Tracking on or off as well, or if you want to adjust the active noise cancelling and use features like Lifemix.

Of course, even though Dolby has designed these to be used in your home, there's nothing keeping you from traveling with them. I loved using the Dimension during my commute on the subway: Vocals sound crisp, and they're not too bass heavy, though there's enough oomph to enjoy my Wu-Tang or Lil Wayne tracks.

One thing I did notice is I usually couldn't go above 60 or 70 percent on the volume levels; otherwise I felt as if I was about to blow out my eardrum. In other words, they're dramatically louder than other headphones. When you need to tweak the volume, you have to swipe the headphone's touch controls, a process that can be a bit cumbersome until you realize the trick is to start from the edge of the ear cup, not the center. But it's fairly simple once you figure it out: Swipe up and down for volume, side to side to skip tracks and tap to play or pause. I do wish there was a way to avoid using the touch controls, since you can accidentally activate the wrong command sometimes. 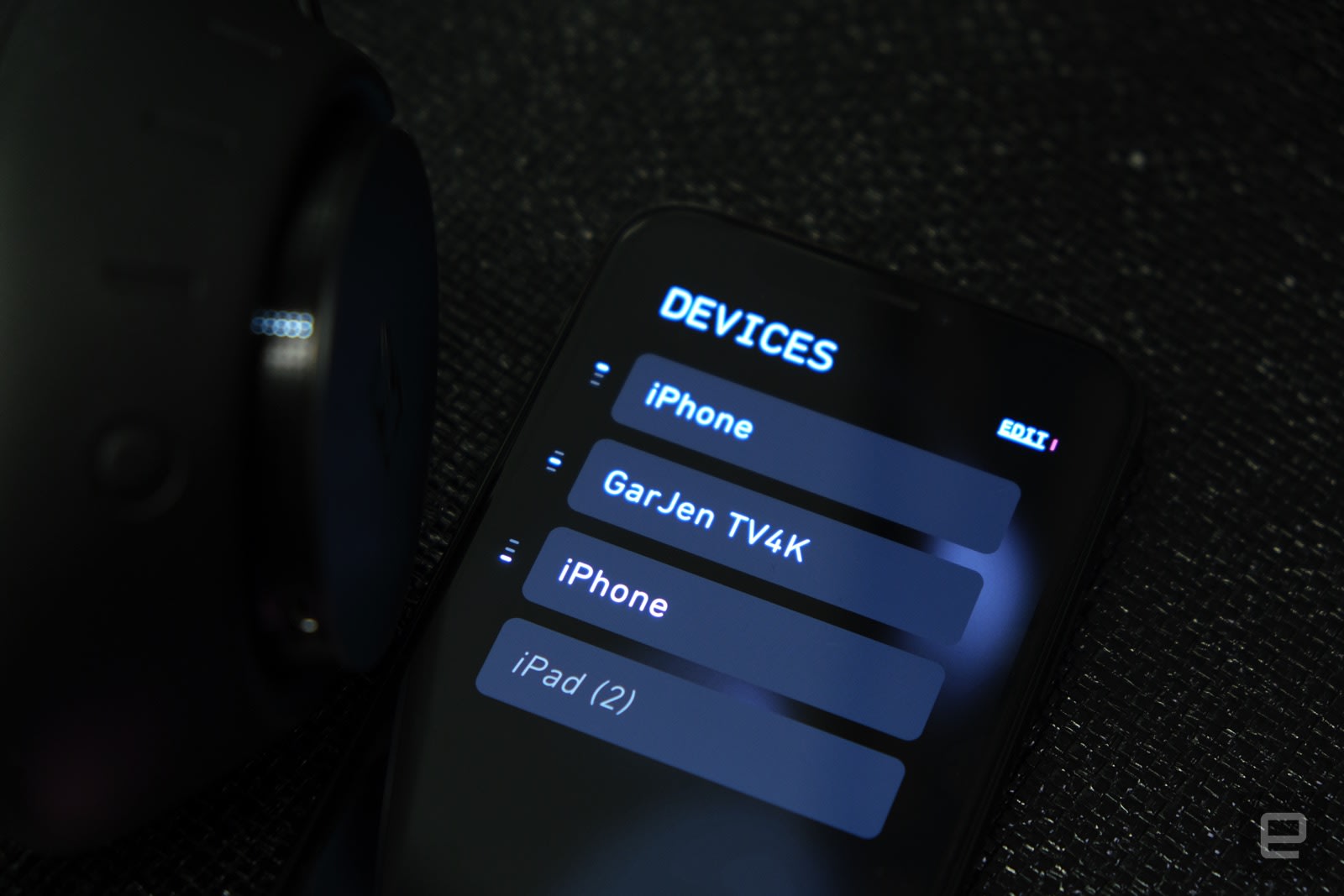 There's a lot to like about the Dimension, without a doubt. But if there's anything that's going to scare people off, it's the $599 price tag. Heck, you can buy a high-end Atmos soundbar for that much. Still, Dolby's hope is that there are enough people out there who want ant immersive, theater-like experience in a standalone headset -- without a base station. The company is also adamant that it can make the Dimension even better with time, via firmware updates and improvements to its companion app.

We'll have a final verdict on the Dimension when our review goes up next week. If you don't want to wait until then, though, you can order the new headphones now from Dolby's site.