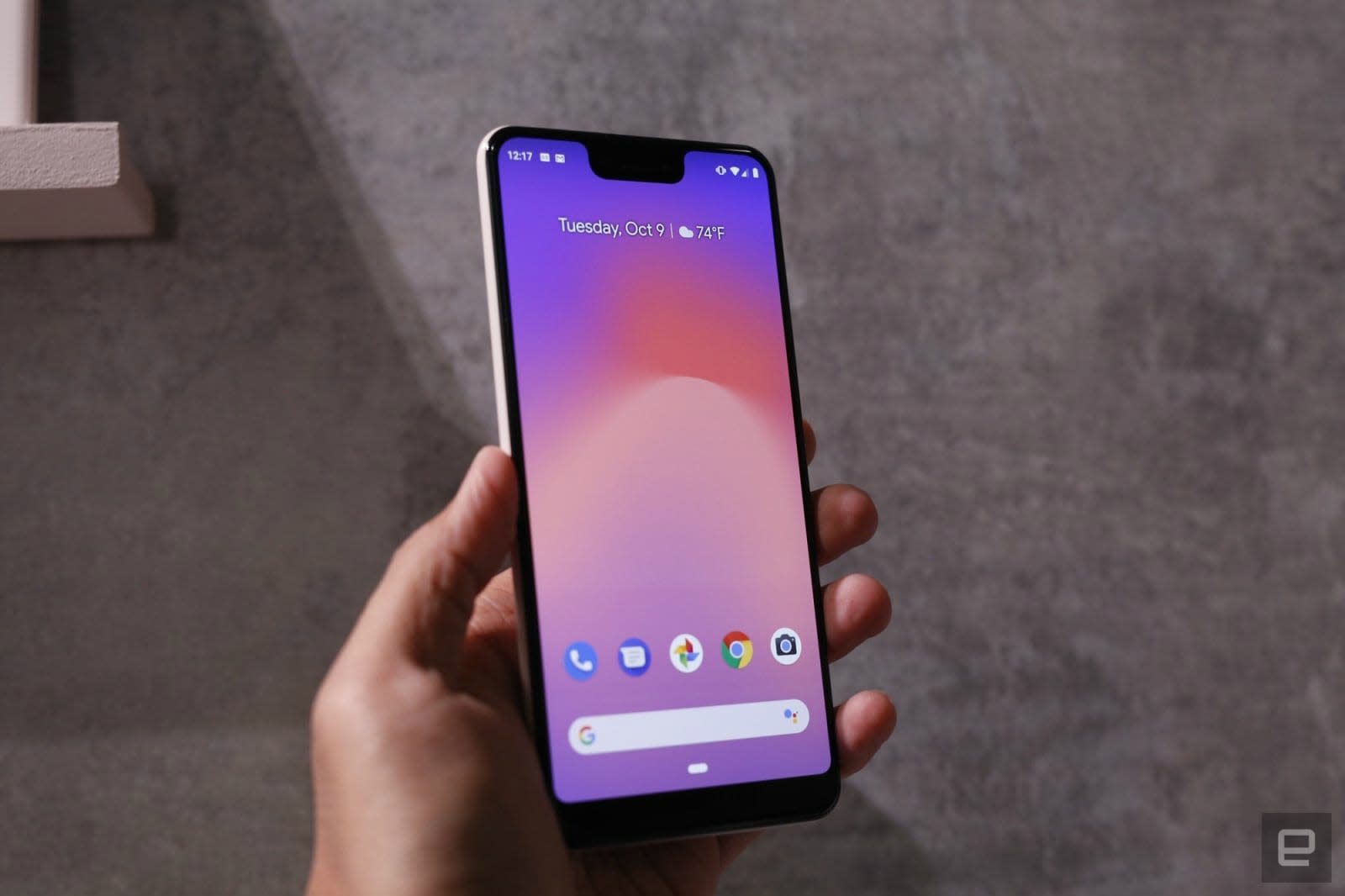 The Black Friday onslaught is underway ahead of the big day on November 23rd. Google is the latest to tease its deals, slashing the prices of its latest products: the Pixel 3 and 3 XL and Google Home Hub. Starting tomorrow, its flagship phones will go up for a buy-one-get-one 50 percent off deal through to November 21st. If you just want the one handset, you'll have to wait a tad longer for savings -- Google is trimming $150 off the Pixel 3 and $200 off the Pixel 3 XL for three days beginning November 22nd.

If you can hold your nerve longer still, you can grab a Cyber Monday deal that gets you a free Home Hub and $50 to spend on the Google Store when you buy the latest Pixels. Keeping in mind these products only dropped last month, the moral of the story is; patience pays off in the end. In fact, the Home Hub (Google's smart display sans camera) is only just making its way to people. There's no word on deals for early adopters, however, which is a bit of a downer for the Google fanbase.

Like their predecessors, the Pixel 3 and 3XL have had their fair share of issues as well, including a bug that added a second notch to the larger flagship, vanishing photos, and disappearing texts. Google has been quick to release fixes, but that ultimately had owners waiting around too.

The entire raft of Black Friday savings also span other gadgets and brands in Google's orbit: the Nest Learning Thermostat is getting a $70 price cut, there's $50 off the Google Home, and Google is shaving $300 off the Pixelbook.

In this article: BlackFriday, BlackFridayDeals, gear, google, GoogleStore, mobile, pixel3, thebuyersguide, TL18BFDLS
All products recommended by Engadget are selected by our editorial team, independent of our parent company. Some of our stories include affiliate links. If you buy something through one of these links, we may earn an affiliate commission.