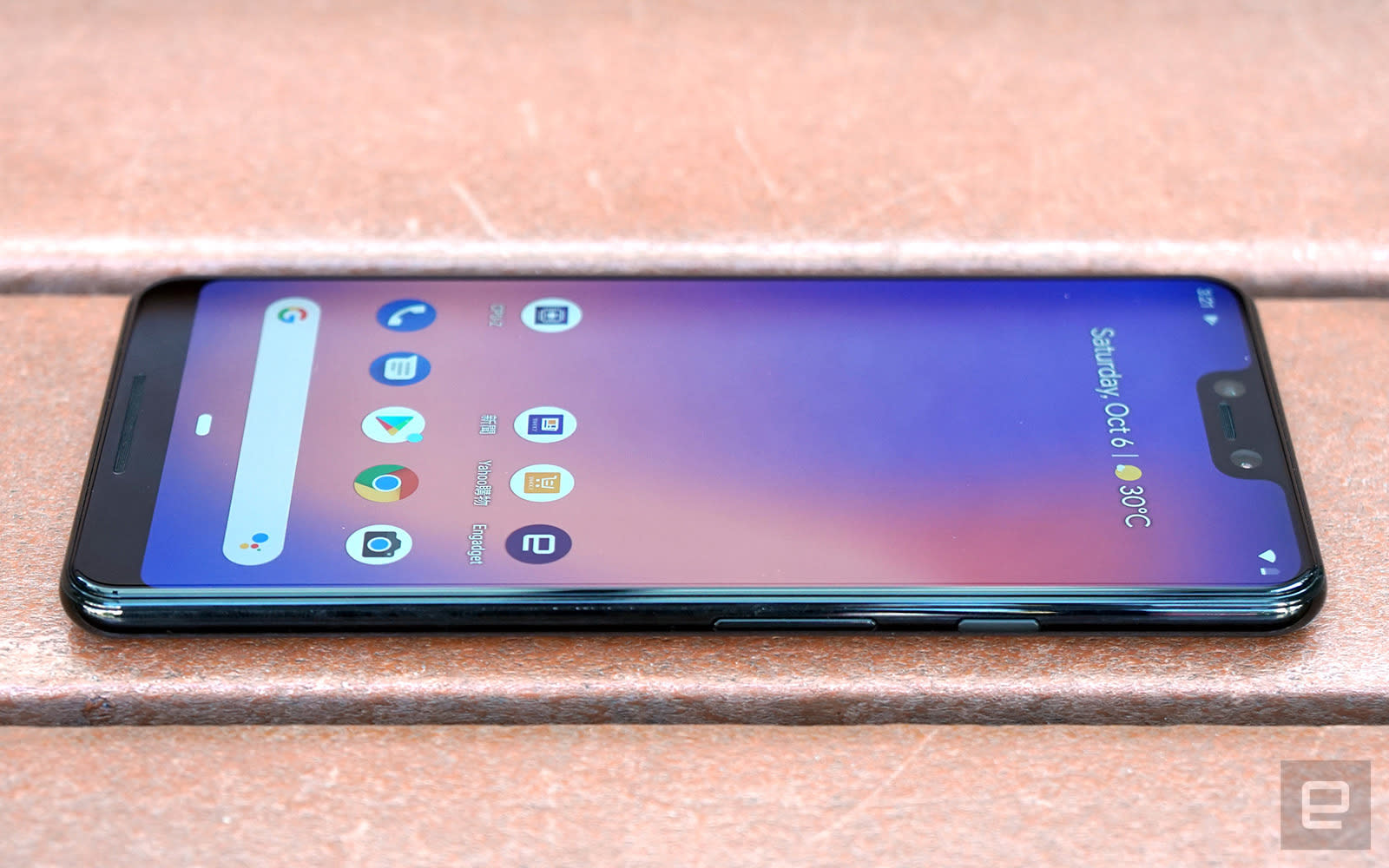 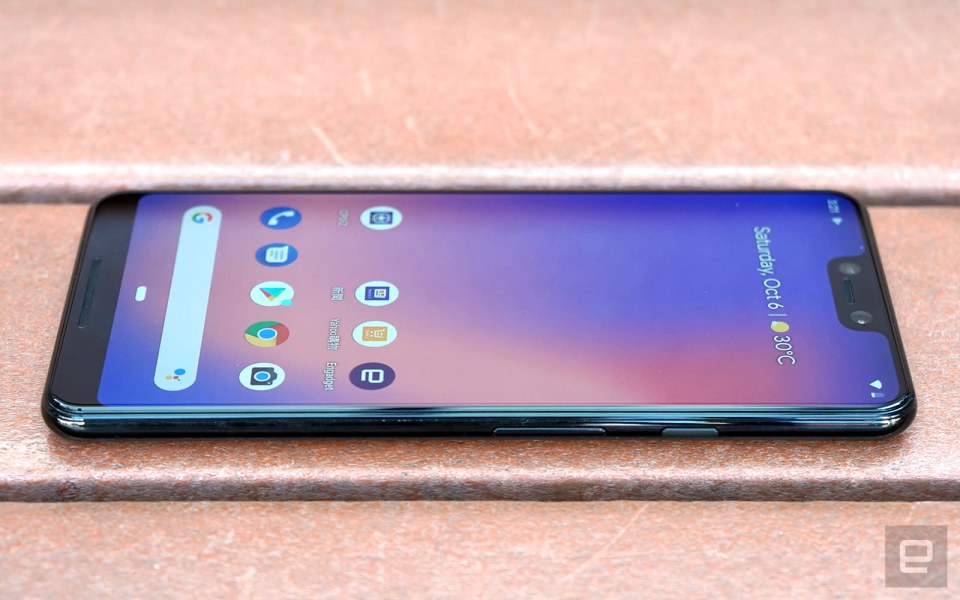 Google's Pixel 2 was announced last October in two different flavors: a five-inch device made by HTC and a six-incher from LG. Unfortunately, both handsets had something of a rocky start, with the larger device seemingly riddled with flaws. In the past year, the company has been forced to push several software updates to fix problems it should have caught beforehand.

Every mobile maker has launched products with a high-profile flaw, from Apple's troubled antennas to Samsung's self-immolating batteries. The Pixel 2s had the opposite problem: a series of small niggles that cumulatively compromised the experience. It's something that Google needs to be aware of it as it prepares to launch the device's successor on October 9th.

There were a couple of problems right out of the gate, including the fact that only one major carrier sold the phone through their retail operation. You could either buy a Pixel 2 on Verizon or on Google's own platform, Project Fi, which hampered its reach a little. Verizon has since pulled the handset from its online store, presumably in anticipation of its replacement. The handset's design was something of a letdown, too, and in our review we said the phone was "boxy" and "outdated."

Despite this, the Pixel 2 was celebrated for its camera, which has been consistently lauded as one of the best in the world. We described the phones as "highly impressive performers" that would quickly become a "go-to smartphone camera." Later, in March, DigitalTrends said that the Pixel 2's software tweaks put it in the same league as a professional camera. And even the new iPhones, no slouch in the imaging department, are said to still fall short of the Pixel 2's imaging prowess. The Pixel 2's problems didn't really start until the devices got in the hands of users. The XL had a chronic problem with random, unexplained shutdowns. The cause was eventually traced back to an issue when the phones were in areas of poor LTE coverage, which was addressed in the Android 8.1 update. Unfortunately, this tweak caused the device's fingerprint scanner to slow down by a whole second, making the phone noticeably more sluggish.

The smaller Pixel 2 wasn't immune either. Users recently found that the devices started running a little warm and the batteries didn't last as long. But that problem, which was attributed to the most recent security update, wasn't the Pixel 2's biggest issue. In July the company was forced to admit that some handsets crashed when they tried to take a picture.

For a phone that was sold on the basis of its impressive camera, the fatal error image issue is a big one. And Google's response was to not really address the problem for a long while beyond silently replacing affected handsets. Only in July, months after complaints started, did the company actually acknowledge the issue and say that it was working on a fix. One user on Google's product forums summed it up perfectly, saying, "But for almost $900 this should not be happening."

The Pixel 2 also exhibited a strange high-frequency clicking sound from the call speaker while unlocked. Until Google could push a fix, the company told users to disable NFC, forcing them to choose between a useful feature and unwanted noise. It's worth mentioning that the bundled USB-C to 3.5mm headphone jack adapter is notoriously flaky too.

The Pixel 2 XL shipped with a six-inch P-OLED display that even in our initial review didn't look quite right. At the time, we said the "smaller Pixel's display showed off crisper, livelier colors than its big brother." Initially, Google said that the effect was intentional and that it had tuned the image for accuracy over vibrancy, which an XDA report said was "questionable." In a later update, the company added a new mode to the phone that enabled users to make the colors more vivid.

Blue shift is a common problem with OLED displays, but both the XL and its sibling, LG's V30, exhibited it far more than other smartphones. That was coupled with concerns about the display's burn-in, which would eventually force the company to double the length of its warranty. That was both the only obvious solution and one that's likely to have cost Google plenty in otherwise unnecessary repairs.

The Pixel handsets aren't mass-market devices, and fewer than 4 million were sold in 2017, according to analyst Francisco Jeronimo. For comparison, analysts believe that the Galaxy S9 sold around 31 million units by the start of July. Despite this and the litany of issues the phones have suffered, Forbes said the handsets were the "world's best smartphones."

Google has been receptive to pushing fixes for the devices when problems arise, despite the smallness of its market. But is it right that the company has essentially used its paying customers as little more than beta testers? Will that potentially deter Pixel 3 buyers? Those people who've been waiting for their two-year deal on the OG Pixels to expire may think about putting their money elsewhere.

It's worth remembering that when you're asking people to put down a lot of money for a high-end phone, reputation matters. And that the Pixel 2 XL is a phone that, while good, has a few too many asterisks next to its name for comfort. It's why the most important feature that Google can bring to the table this year isn't a better camera but better quality control.

In this article: gear, google, mobile, Pixel2, Pixel2XL, Pixel3, Pixel3XL
All products recommended by Engadget are selected by our editorial team, independent of our parent company. Some of our stories include affiliate links. If you buy something through one of these links, we may earn an affiliate commission.