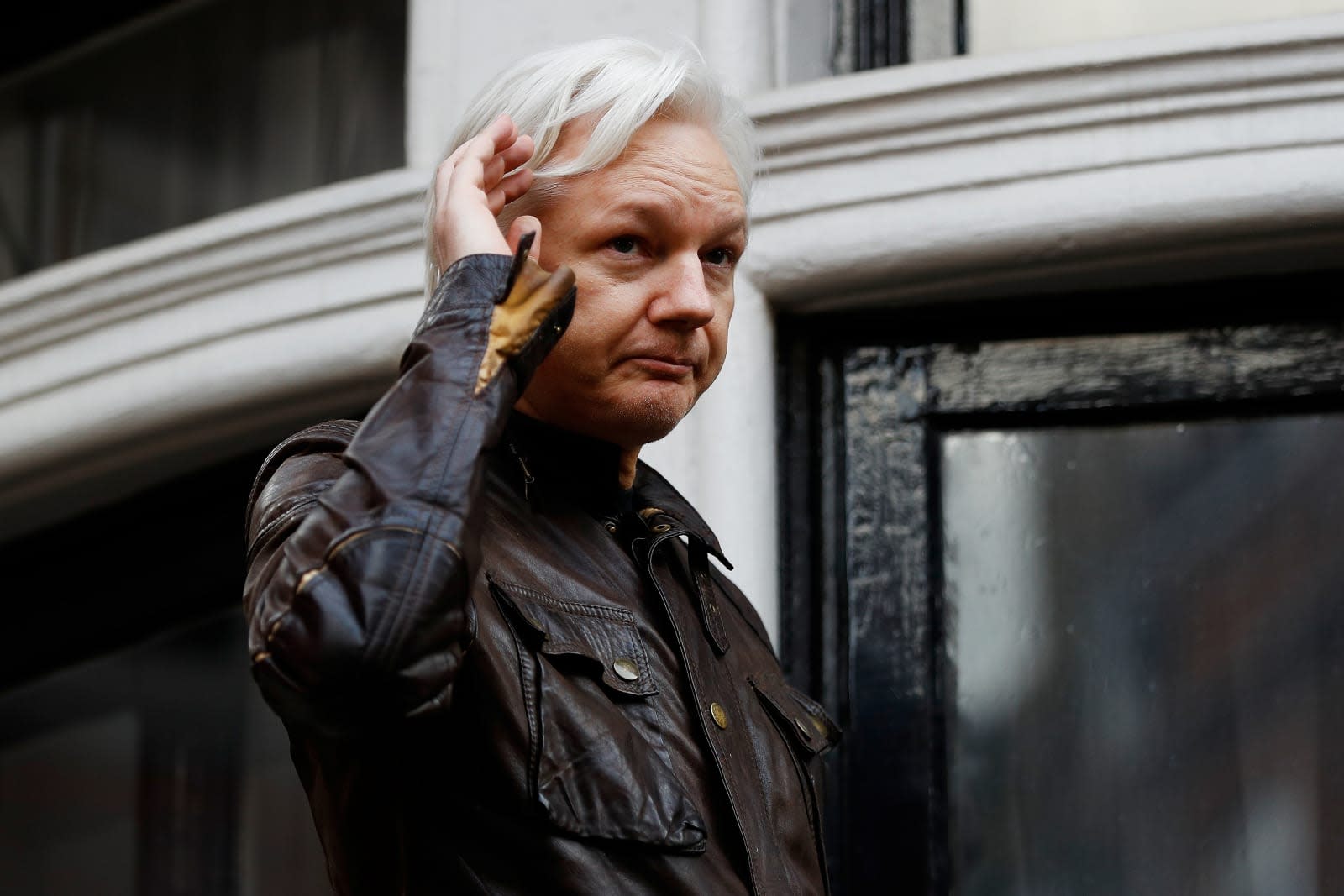 This evening, it became clear that the Justice Department either had already filed charges against Julian Assange under seal, or was preparing them. First the Wall Street Journal reported that preparations were under way, and then Seamus Hughes pointed out a court filing that mentions the WikiLeaks cofounder.

While the filing is for another case, as journalist Mike Levine suggests, it's possible that prosecutors used a filing against Assange as a template and forgot to correct the name in this section. That's more than just a thought, however, because the Washington Post reports, based on anonymous sources, that the details released in the filing were true but unintentionally included.

A Swedish investigation into rape allegations spurred Assange's years-long stay inside Ecuador's UK embassy, and while prosecutors have reportedly considered filing charges against him for quite some time, it's unknown exactly what these might include. The possibility that he could be charged for having or publishing classified material could have wider implications for journalism, and will keep eyes on the situation if these are made public or the US tries to extradite him. For now, Assange remains in the same place he's been since 2012.

SCOOP: US Department of Justice "accidentally" reveals existence of sealed charges (or a draft for them) against WikiLeaks' publisher Julian Assange in apparent cut-and-paste error in an unrelated case also at the Eastern District of Virginia. https://t.co/wrjlAbXk5Z pic.twitter.com/4UlB0c1SAX

In this article: charges, doj, JulianAssange, leak, politics, wikileaks
All products recommended by Engadget are selected by our editorial team, independent of our parent company. Some of our stories include affiliate links. If you buy something through one of these links, we may earn an affiliate commission.